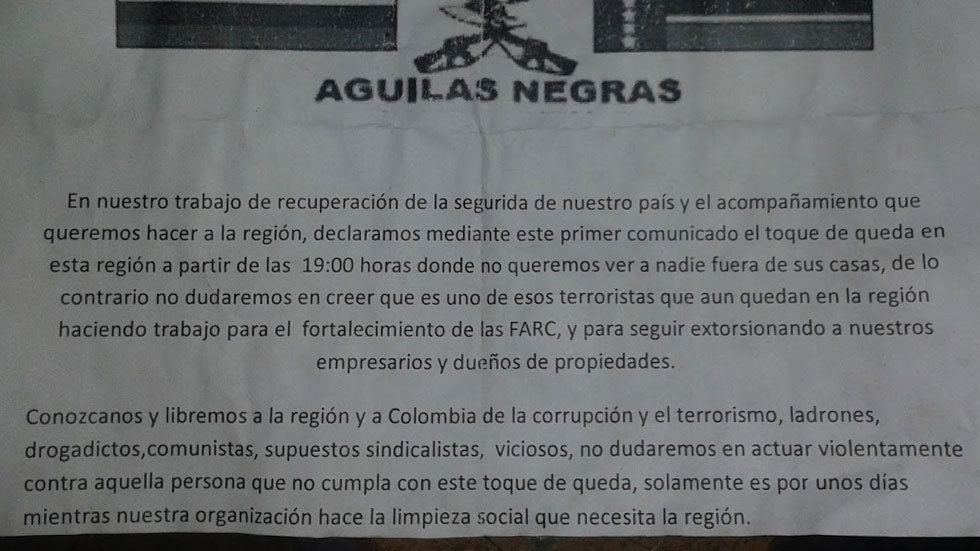 With 70 members killed and 232 having received death threats, the leader of social umbrella organization Patriotic March urged authorities to prevent the repetition of a political “genocide” that all but exterminated a political party in the 1980s.

Most of those killed were leading members of local social movements or engaged in political organizing under the umbrella of the MP.

The UP was a political party formed by the FARC and non-violent leftist forces after a peace agreement was reached in 1985 and sought the transition of the guerrilla group into a political party.

However, state forces and paramilitaries embarked on a political extermination campaign that killed thousands of the party’s members, virtually exterminating the entire political party.

“Behind the assassinations of the Patriotic March, there are hidden sectors of paramilitarism” said Cordoba referring to politicians and businesses that use death squads to advance their political or economic ambitions.

Cordoba’s call for urgency comes after the bloodiest weekend for social leaders this year; five were assassinated.

The Colombian government has vowed to curb the paramilitarism phenomenon that has become intimately entangled with the state and established political forces since the 1980s and continues to be one of the main causes of political and economic violence in the country.