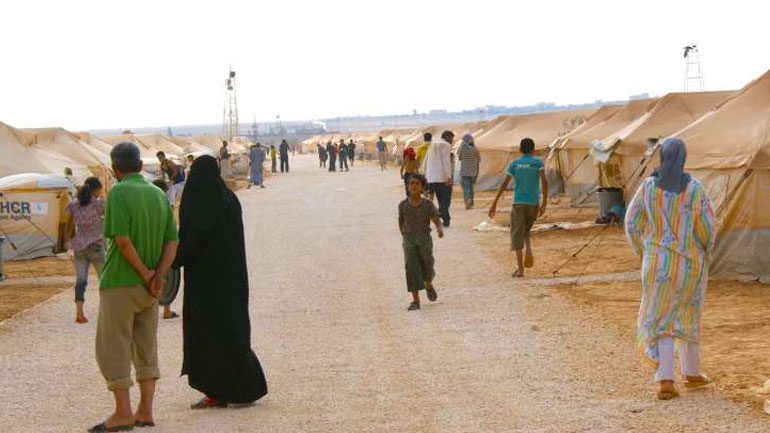 The United Nations launched a campaign in Colombia to raise awareness of child victims of forced displacement in shelters in Syria.

The campaign ‘Around the world in a backpack’ led by the United Nations High Commission for Refugees (UNHCR) aims to draw attention to children in conflict zones who are forced to flee their homes.

Donations will kick off in Bogota on World Refugee Day on June 20. Children are invited to donate toys, drawings, games and messages in bags which will travel on to Venezuela and follow through nine other countries within the Americas arriving in a refugee camp in Syria in October.

The campaign is intended to “remind the public who is a refugee and a displaced a why they need our support” stated Colombia’s UN representative Stephane Jaquemet. Through the involvement of children they intend to highlight the vulnerability and innocence of those affected. Jaquemet also stated the focus on connecting “refugee children and displaced children who live in vulnerable situations and creating empathy, solidarity and to share the moments of joy”.

Syria’s 2011 uprising inspired by the Arab Spring in neighboring countries caused a huge increase in the number of refugees leaving the country. In 2012 it was declared a civil war as the opposition developed more formal political and military wings resulting in the steady collapse of central authority of authoritarian leader Bashar Al-Assad.

UN figures show in 2013 that globally 11.7 million individual were forced to find refuge in other countries. Syria recorded the second highest number of refugees fleeing with a count of 2.47 million individuals leaving the country, exceeded only by Afghanistan with 2.56 million. Colombia recorded 396,000 refugees abroad in the same year.

These numbers however do not take into account the enormity of internal displacement within the countries. In Colombia it is estimated that over 6 million have been displaced, 39.63% of which are reported to be under 18.

The number has accumulated over 50 years of armed conflict between the government and leftist rebel groups like the FARC and ELN. Colombia has also suffered violence from pro-government paramilitary groups and some of history’s deadliest drug trafficking organizations for decades.

The number of internally displaced in Syria is estimated at 7.6 million, half of which are children though with intense conflict and inaccessible regions areas this number could well be higher.

In March Unicef estimated the total number of children affected by the conflict in Syria and parts of Iraq to be an enormous 14 million.