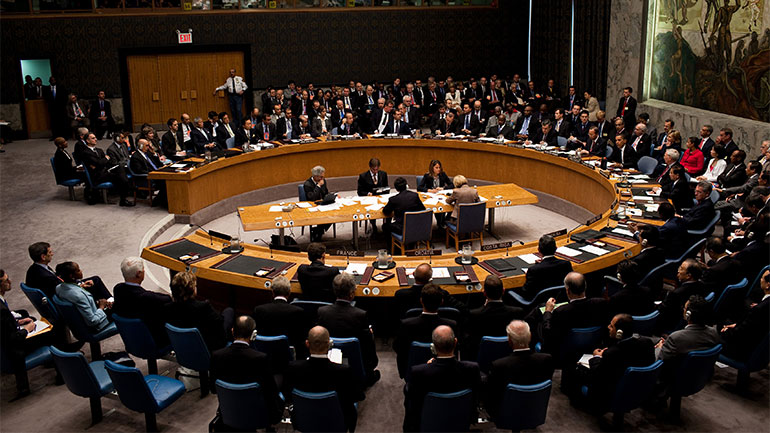 The UN Security Council on Monday unanimously approved a resolution to establish a political mission to monitor and verify a future cease-fire in Colombia that would end Latin America’s longest-running guerrilla conflict.

The resolution welcomes the progress in negotiations between Colombia’s government and the Revolutionary Armed Forces of Colombia and notes their joint request last week for a UN monitoring mission. In a rare move for the often-divided council, all 15 members co-sponsored the resolution.

The request sent a strong signal that a March 23 deadline to wrap up peace talks could be within reach.

“Finally, our continent will have life without conflict,” the country’s foreign minister, Maria Angela Holguin, told reporters. She said her country hopes to meet the March deadline.

The resolution establishes a political mission for 12 months, and the council can consider an extension if asked by the two parties. The mission will be made up of unarmed observers from Latin American and Caribbean nations.

Decades of fighting between guerrillas, right-wing paramilitaries and the armed forces has left more than 220,000 dead, some 40,000 disappeared and over 5 million driven from their homes.

“It isn’t common for a country to refer itself to the council. But it’s exactly the kind of role the United Nations should be playing” in conflict resolution, British Ambassador Matthew Rycroft said. “I hope today will mark the start of the final stage of peace talks.”

The resolution asks U.N. Secretary-General Ban Ki-moon to present detailed recommendations on the political mission’s size and operation to the council for its approval within 30 days of a cease-fire.

President Juan Manuel Santos, who heads to the White House next week to commemorate 15 years of U.S. support for Colombia, celebrated the resolution.

“Colombia receives the support of the world,” Santos said in a message on Twitter.

U.S. Ambassador Samantha Power warned, however, that plenty of work lies ahead, including the removal of land mines and the re-integration of fighters into the population. The U.N. says that globally, Colombia has the second-highest number of new victims of mines registered each year.

Critics in Colombia also noted that the formula for laying down the weapons, and whether they’ll be destroyed, has yet to be devised.

Though nominally Marxist at its founding, the FARC’s ideology has never been well defined and the group lost popularity as it turned to kidnapping, extortion and taxes on cocaine production to fund its mostly peasant-based insurgency.