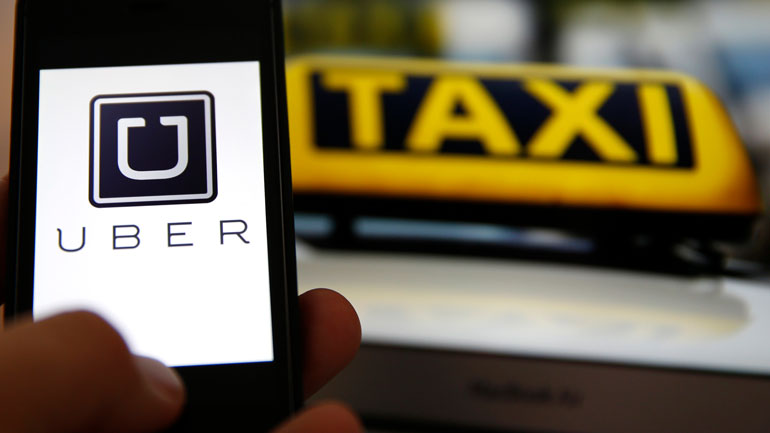 For months Colombian taxi drivers have been protesting against the transport app Uber, claiming that it is an illegal service. Now, the government has seven days to decide whether to legalize the app or ban it altogether.

The administrative court in Cundinamarca, where most of the protests have been taking place in the country’s capital, Bogota, told the government on Thursday that they have ten days to make a decision.

President Juan Manuel Santos, Minister of Transport Natalia Abello, Minister of Technology David Luna, Superintendent of Ports and Transport Javier Jaramillo and Attorney General Alejandro Ordoñez will deliberate together and present their decision to the court.

The court denied the taxi drivers’ request that as an interim measure the Uber service be immediately suspended.

Hugo Ospina, spokesperson for the taxi drivers’ guild, told BluRadio that Uber is unfair competition because they do not have to pay the same taxes that taxi drivers do.

Therefore, Ospina said that the Uber cars were breaking the law and that they should not be allowed to operate their public service.

Ospina also claimed that the appropriate government officials have been neglecting their duties by not dealing with the matter sooner.

Vice president, German Vargas Lleras, had delayed the decision until after the mayoral elections on 25 October so that the issue was not confused with politics.

The manager of Uber in Colombia, Mike Shoemaker, said that it is necessary to legalize the service in order to avoid sometimes agressive clashes between taxi drivers and Uber providers.

Shoemaker explained that the necessary regulation for the service had not happened in Colombia yet, partly because it is an “innovation” so naturally there was no existing regulation in place.

“We want smart regulation for the cities and for the user,” said Shoemaker, “we have been working on this for nearly two years in Colombia.”

The manager said that he spends between 60% and 80% of his time trying to legalize the service.

The legalization and regulation of the service could improve the safety of the cars and therefore the users.