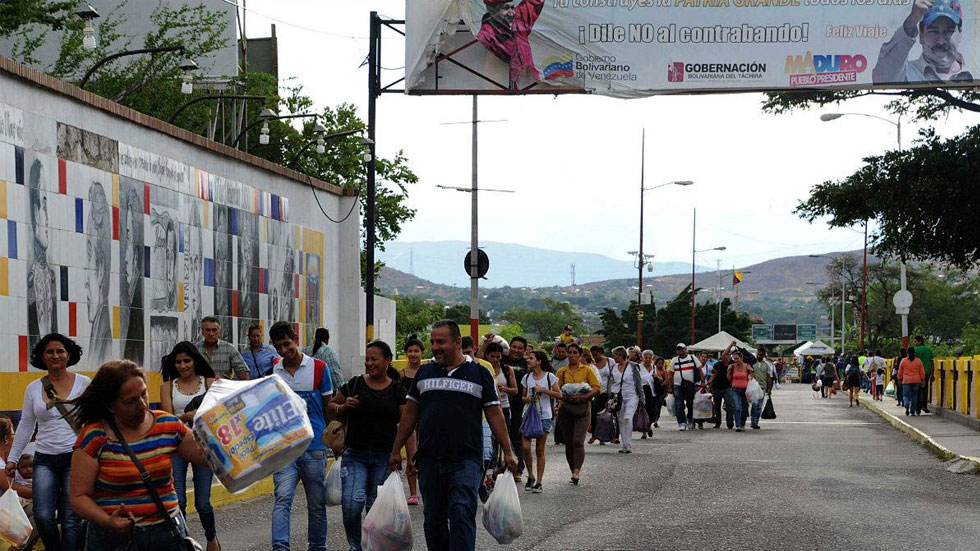 Tens of thousands of Venezuelans poured into neighboring Colombia to buy food and medicine on Saturday after authorities briefly opened the border that has been closed for almost a year.

A similar measure last week led to dramatic scenes of the elderly and mothers storming Colombian supermarkets and highlighted how daily life has deteriorated for millions in Venezuela, where the economy has been in a freefall since the 2014 crash in oil prices.

Colombia’s foreign ministry said in a statement that at least 35,000 Venezuelans entered Colombia on Saturday, and their entry took place “in an orderly manner and under conditions of security.” The border was opened for roughly eight hours and will be opened again on Sunday, it said. Roughly 35,000 people also crossed during last week’s 12-hour border opening.

Saturday’s opening took businesses in the Colombian border city of Cucuta by surprise since it had been announced that the border would opened on Sunday.

Colombian Defense Minister Luis Carlos Villegas said “we have made a great effort to have sufficient supplies” for the Venezuelans expected to stream across the border on Saturday and Sunday.

Gov. Jose Vielma of the Venezuelan border state of Tachira said that President Nicolas Maduro supported the opening, ordering that people “not be disturbed” when they crossed into Colombia.

Maduro blames the shortages of food, medicine and basic staples in Venezuela on his opponents, who he accuses of trying to sow economic chaos to oust him from office. His critics accuse his socialist government of economic mismanagement.

Maduro ordered the 1,378-mile (2,219 kilometer) border shut in August 2015 to clamp down on criminal gangs smuggling over the border goods and gasoline sold at subsidized prices in Venezuela.

Before it was closed, more than 100,000 people daily used the two main crossings, according to the Venezuelan government. That has shrunk to just 3,000 a day, many of them students and sick people given special day passes, nonprofit groups working in the region say.