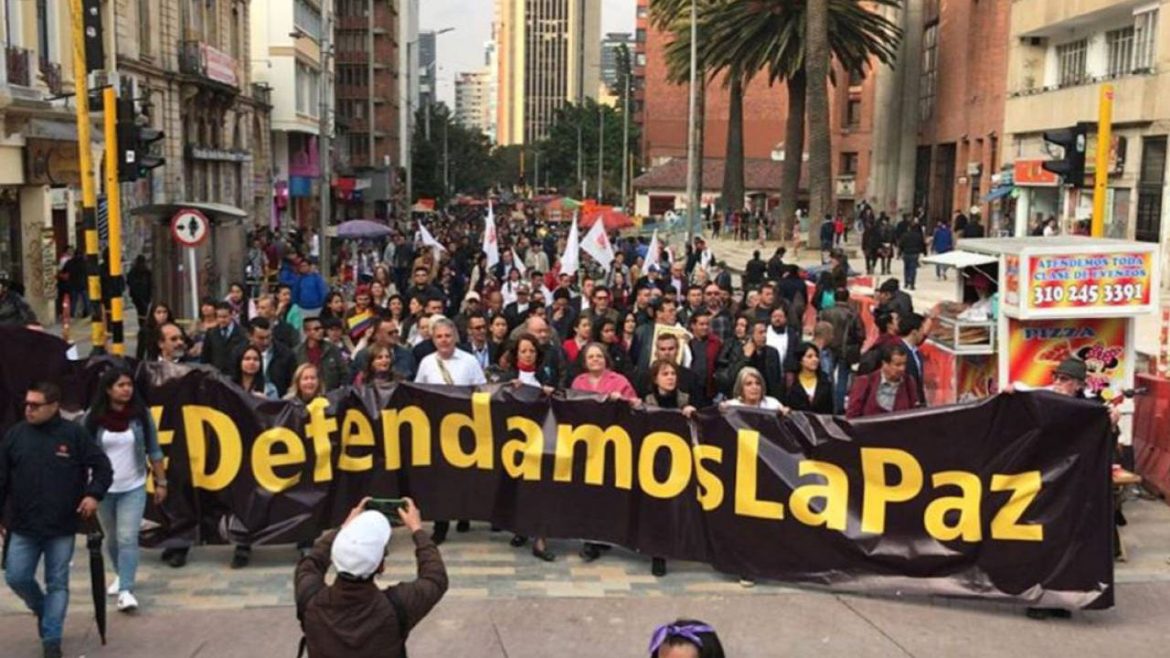 Stop the violence against those who protest in Colombia

The movement Defendamos La Paz urges all Colombia’s authorities, and in particular the national government, to give a democratic response to the protests that millions of Colombians have been carrying out since April 28, 2021 within the framework of the Social and Democratic Rule of Law.

Acknowledging and listening to those who protest is the response expected from a democratic leader.

We reject the incitement to violence made by former President Alvaro Uribe and members of the Democratic Center party, and we demand a strong and precise message from President Ivan Duque to the public forces not to use weapons against those who protest, so that the rights and guarantees of all citizens are preserved and guaranteed.

We condemn the acts of vandalism that have occurred in some cities and that have affected public and private property, in which the vast majority of the demonstrators were not involved, and we hope that the authorities will act to prevent them without exceeding their powers and in strict respect for the life and integrity of the people.

We reject violence, and we do not justify or endorse acts of vandalism, much less armed responses.

We at Defendamos La Paz have considered the reasons for which the April 28 national strike was called fair and valid, and we demand from the State and its authorities guarantees to protest with complete freedom and without risk of being stigmatized or violated.

The events of September 9 and 10, 2020 in Bogota, where 14 people were killed and nearly 80 injured by the public forces during protests, may not be repeated.

We ask the Ombudsman’s Office, the Inspector General’s Office and the municipal human rights offices to act in accordance with the Constitution, as institutions that protect human rights.

We additionally ask the international community, especially the Office of the United Nations High Commissioner for Human Rights, to be vigilant and to accompany the efforts to resolve this situation within the framework of the rule of law.

Mr. President, it is in your hands to stop the violence unleashed against the citizens, which has already left several people dead, dozens injured and hundreds arrested; it is in your hands to contribute to overcome hatred, and in this respect, withdrawing the tax reform bill would be a first step to recognize and listen to an indignant citizenry that demands a change of course in the country.

Peace organizations Defendamos la Paz is an NGO formed by social and political leaders in defense of the peace process that followed a 2016 agreement between former President Juan Manuel Santos and former guerrilla group FARC.