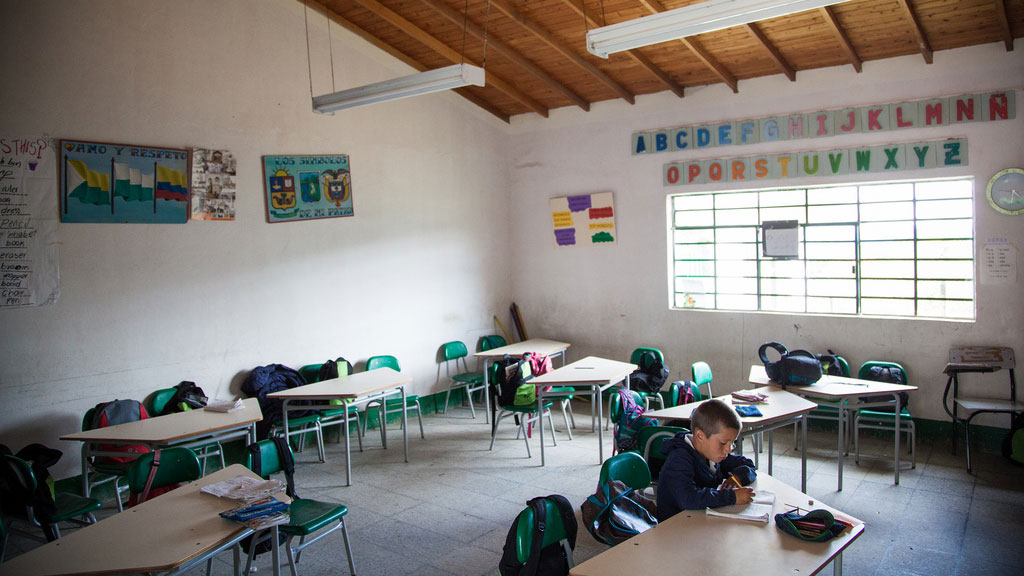 Almost 50 teachers from the impoverished west of Colombia were arrested on Tuesday over allegations that had illegally claimed thousands of dollars in bonuses.

According to Colombia’s pension system, only teachers who began working before 1981 are entitled to this pension bonus. The so called “pensions grace” is a special allowance awarded to teachers with over 20 years of service in public schools. However, those involved in this corruption scandal had managed to get the help from corrupt lawyers to help them obtain falsified documents to support their illegal claims.

This was confirmed by the Chief Prosecutor Luis Gonzalez who explained that “these teachers won the right to a pension, without fulfilling the legal requirements for access to this benefit.”

He added that “teachers met with several lawyers who gave them false documents about their service time, allowing them to obtain a pension bonus to the amount of $800.”

Those who were arrested in the investigation which began in November 2014 have been brought before judges under the alleged crimes of conspiracy, forgery of documents and procedural fraud and could face up to 20 years in prison.

The corruption came to light when the professionals responsible for ordering the pension payments became suspicious over several applications. In response, the Prosecutor General’s Office undertook an investigation and found 53 people involved in the scandal in the western Choco region.

As part of the investigation, The Special Administrative Unit of the Pension Management (UGPP) detected some irregularities in applications for these pensions, so undertook a series of inquiries related to the decrees appointing teachers for years 1979 and 1980 in the affected municipalities. Here they established that the appointments of these teachers were illegitimate.

The total amount that has been already been paid is $11,000. Each of the teachers, if allowed to continue, would have received a bonus of $800 a month. Prosecution investigators indicated that, thanks to the investigation, the public treasury has been saved a loss of almost $2 million.

Gonzalez confirmed that the first to be arrested were two attorneys and three public servants who had been the managers of this corrupt network responsible for the immense theft of public funds.

At the end of 2014 Colombia was ranked 94th out of the total of 175 countries based on levels of corruption. The study indicated that despite the efforts by the government and the private sector to combat corruption in the country, the problem has not significantly improved.