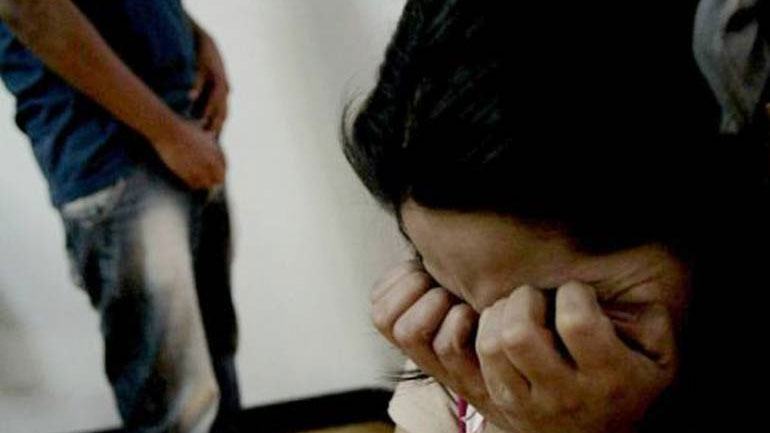 Her voice cracking and hands trembling, Adriana holds up a silhouette she has drawn of her body in front of 33 other rape survivors sitting in a circle at a therapy session in Bogota.

“I feel desolation and sadness in my soul. We need to repair our hearts,” she said, pointing to her heart on the drawing. The others nod in agreement.

“Every day I remember what happened. I spent five days in hospital after I attempted suicide. I still carry the pain,” said Adriana, as she recalled being raped by a rebel fighter in her home 15 years ago.

The women, aged from their twenties to sixties, have come from all parts of Colombia. They have suffered sexual violence at the hands of guerrilla and paramilitary fighters, who used rape as a weapon in Colombia’s 51-year civil war.

The healing taking place at this government-run therapy session offers a glimpse of the trauma Colombia’s estimated 13,600 rape survivors face as the war-scarred nation attempts to bring an end to decades of violence.

The government and rebels from the Revolutionary Armed Forces of Colombia (FARC) are inching ever closer to signing a peace deal in Cuba, where talks began in late 2012.

But the horrors of war between rebels, paramilitary groups and government troops have left generations of Colombians psychologically traumatized.

Around a third of Colombia’s 7.8 million registered war victims – 17 percent of the country’s population of 46 million – suffer from some kind of mental health disorder, such as anxiety, depression and post-traumatic stress disorder.

“These are far above normal level of psychological trauma and reveal the magnitude and severity of the problem we face,” said Andres Moya at Colombia’s Los Andes University, who is researching the war’s social and economic impact.

“The psychological consequences of the conflict is a topic we have neglected. This is surprising from a country that has been in conflict for 50 years. It’s absurd that we haven’t paid this the attention we should have.”

How Colombia cares for the millions of its citizens who have been psychologically damaged by war will be a measure of the nation’s ability to emerge from five decades of fighting.

“The impact of the conflict on mental health is one of the main challenges we’re going to face,” Moya said.

Most Colombians either have a relative who was killed, displaced, kidnapped or disappeared and or know someone who has experienced such violence in a war that has killed around 200,000 people and displaced millions.

For many rape survivors, fear and shame has kept them silent about their ordeal for years.

At the therapy session in a luxury downtown hotel, some are sharing their experiences for the first time.

“No one ever asked us what happened to us. We haven’t had a chance to unload our grief. This is a space to cry,” said 31-year-old Diana, as tears roll down her face.

When she was 14, she was raped by an armed fighter and had a son as a result.

“Sometimes it feels like it happened yesterday. But I feel less alone knowing that it didn’t just happen to me,” she said.

Other women stare at the ground, clasping their hands and shaking their heads.

Over the next several hours, women are taught breathing and relaxation exercises under the gentle guidance of a psychologist as soothing music plays.

The women speak of feeling angry and seeking revenge after being raped, which has often given way to depression and despair.

They describe having common symptoms of mental illness and panic attacks. Some say they can’t sleep and concentrate, others don’t want to eat and get out of bed.

After being raped, many women were forced by armed groups to flee their homes in the countryside, seeking refuge in the capital Bogota.

Over the years, many have struggled to cope with the poverty displacement often spawns, and the loss of homes, livelihoods, and the breakdown of relationships, which can create or deepen mental health problems.

So far, more than a thousand rape survivors have received such counseling provided by the government.

Rape survivors, like other war victims, are also eligible for up to around $7,000 each in financial compensation as part of government efforts to heal the wounds of war.

Despite such efforts, the stigma attached to mental illness along with a lack of mental health care, especially in Colombia’s rural areas, means many are not getting treatment.

Aid group Doctors of the World says that of the 22,000 people given medical care in three conflict-hit provinces between 2013 and 2014, 30 percent showed symptoms of depression.

Children also show signs of trauma, including young teenagers who wet or defecate their beds.

“For many remote rural communities there hasn’t been an opportunity for catharsis, to talk about what has happened,” said Ildefonso Jaimes, a psychologist with Doctors of the World.

“Most people in rural areas don’t know what a psychologist is and have never met one. Some people say: “I don’t need to go to a psychologist, I’m not crazy,” he said.

For some men living in Colombia’s macho culture, it can be difficult to seek help.

“A macho man wants to hide his pain and not show his weakness and vulnerability,” Jaimes said. “Some men say they feel impotent and guilty for being unable to defend their family from rape and or attacks.”

The relatives of the estimated 50,000 Colombians who have disappeared during the conflict endure “a complex grief.”

“We’ve come across grandparents who say they will continue to wait until the missing return home,” Jaimes said.

Because of the extraordinary length of Colombia’s war – a conflict that has spanned several generations – symptoms of mental health disorders build up and can become chronic.

“Many people have experienced a cycle of violence. The impact of the conflict on mental health is accumulated and repetitive over time,” Jaimes said.

War trauma could also undermine Colombia’s prospects of building long-term peace. Yet the country spends less on mental health care as a percentage of the total national health budget when compared to some other Latin American countries, Moya said.

Back at the therapy session, the healing continues.

With their eyes closed, a psychologist asks women to picture their hearts and go inside them.

“Find where the pain is and what’s written there,” she said.

“Now you write the next chapter.”