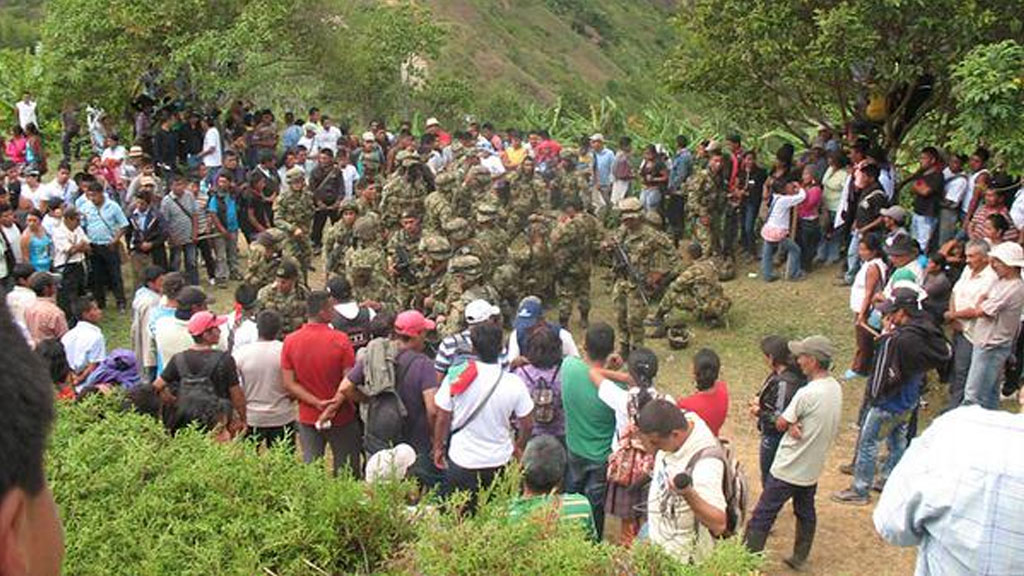 Inhabitants of a town in southwest Colombia on Sunday temporarily detained 36 soldiers after they had killed a local at a military checkpoint.

The Colombian army said 36 soldiers were held by locals after a civilian was shot when ignoring a stop sign at a checkpoint of the army on Sunday morning.

When the community learned that the man had died in the hospital, hundreds of residents of the township of El Plateado headed towards the nearest military base and surrounded a group of soldiers.

The soldiers disarmed and were brought to a local sports center. The residents stated that they would not release the soldiers until the incident was investigated by humanitarian groups and local officials.

However, following mediation by local authorities, all soldiers and their weapons were released.

The local community praised the behavior of the soldiers at the time of their retention.

“The soldiers surrendered voluntarily and nobody had to disarm them. They were very respectful and so was the community,” community leader Edil Muñoz told newspaper El Espectador.

In a statement, the army said that the killed local was carrying 25 pounds of coca paste, a raw form of cocaine.

The Army also stated that in the area where the incident occurred, “there are structures of illegal armed groups and common criminals who have generated several acts of violence against civilians and the security forces.”

The army said it regretted the incident and hoped that the appropriate authorities would investigate the circumstances.