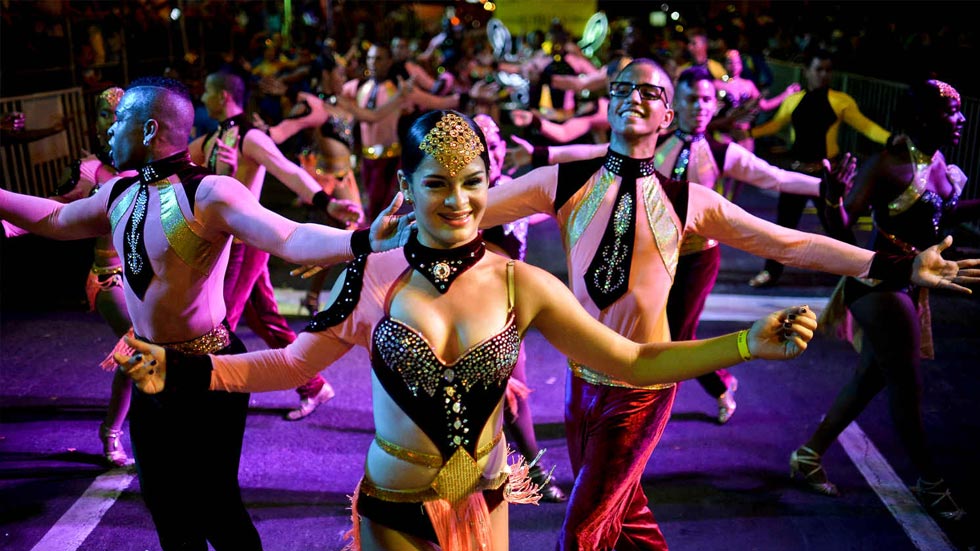 Salsa is the undisputed center of the “Feria de Cali,” one of Colombia’s most important festivals that takes place at the end of December every year. If you want to enjoy some of the world’s best salsa, these are the places to go. 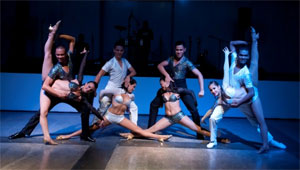 Performed at the 41st floor of Cali’s tallest building, the Cali Salsa Show is characterized by mixing different kinds of dance including salsa from Cali, folklore, bachata, urban salsa and zamba. A good option to enjoy the performance and a view from the top of Cali night.

Involves a tour through the most important Latin American rhythms, at an elegant scenery located in the north of the city with a cabaret style in which the public interacts with dancers. 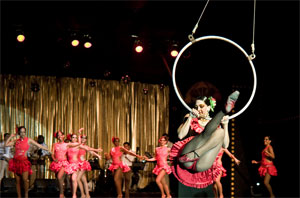 In English Delirium, is the pioneer of massive salsa dancing performances. Founded on 2006, performs its show at a 8600 sq ft scenery, inside a circus tent involving dozens of dancers.

This year, Delirio proposes a show based on the 1930s, when radio first appeared in Cali, and the city began to listen to different sounds of Europe and the United States.

Mulier, which means women in Latin, is the main topic of the show, illustrating how the soul of a woman tempted by the devil. She seduces him with music and dance, forcing him to become a handsome salsa dancer that joins the carnival.

With a similar magnitude as Delirio, Ensalsate proposes a show to commemorate the rhythms of the Caribbean.

Ensalsate, which means ‘get covered in sauce’ will perform its show in the Dann Carlton Hotel, located in the West of the city, also with a cabaret style.

This group is conformed by four dance academies, winners of different contests of salsa and tango dancing.

‘The mulato and its Latin swing’  which has won seven times the first prize at the world salsa championships, will make a tribute to important characters of music such as Marilyn Monroe, Elvis Presley and Celia Cruz, playing them as if they were born in Cali.

This group is famous for performing in one of the most viewed soap operas related with salsa at the present. 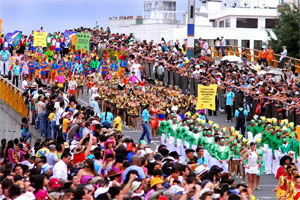 To be held in December 25, is the largest salsa event during the ‘Feria de Cali’.

Similar to Rio de Janeiro’s sambodromo, the salsodromo has one mile of stands in which viewers can enjoy the parade of 1500 dancers from different schools of salsa.

Unlike previous years, this year’s presentation will take place at night, taking advantage of the temperature and possibility of using brighter costumes. 400 amateur dancers will also join the parade, another innovation for this year.