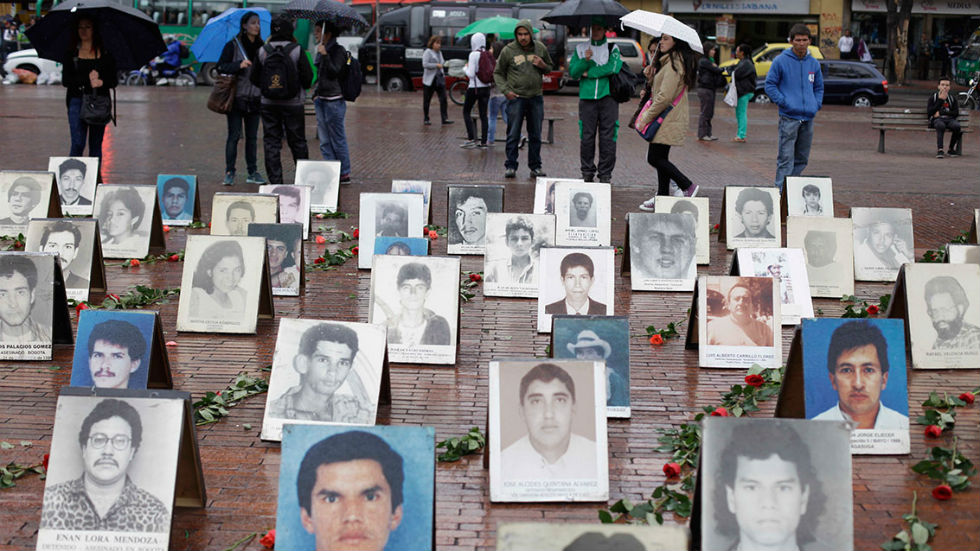 The prosecutor in charge of finding tens of thousands of people who went missing in Colombia’s armed conflict is still waiting for the funds that would allow her to begin her arduous task.

The search bloc that would seek to find between 45,000 and 90,000 victims has not yet begun its titanic investigation, possibly because of a lack of political will, said director Luz Marina Monzon.

The special prosecutor has been able to hire any investigators while tens of thousands of families are waiting for the results of her probe, she told Semana magazine.

The issue of missing persons does not appear on the political agenda of implementation. I have tried every means and it has been impossible.

Over the course of more than 50 years of internal conflict between Colombia’s government and the Marxist-inspired FARC, tens of thousands of victims were forcibly disappeared.

As part of the historic peace deal, the FARC agreed to “surrender information for the localization of victims’ remains they know of, and will contribute to their dignified surrender” to the loved ones, some of whom have been waiting for their disappeared family members for decades.

The prosecution surrendered documents to help locate people presumably murdered by the military or paramilitary forces.

Colombia has implemented less than half of peace accord

The agreement to establish a search unit that would facilitate the recuperation of victim remains was an essential part of the deal with the intention of working in conjunction with the transitional justice mechanism and the truth commission.

So far, the Santos administration has failed to deliver, much to the frustration of the Missing Persons Search Unit director.

Last year I had a meeting with Public Service, the institution that supports the creation of institutions. They told me that a decree could be issued where they would name me and a small team with whom I could start working. But there is still nothing defined bout it.”

Monzon explained that the delay is centered upon the inability of the state to define the structure of the search unit.

Should the unit be given the status of an entity at national level, it will benefit from substantial resources with the ability to hire experienced people with extensive knowledge.

Monzon fears however that “if it is left at the general level it will not be very competitive.”

Whatever structure is finalized however, the director of the unit considers it to be essential that it functions in tandem with the Special Jurisdiction for Peace (JEP) and the truth commission.

The work of the entity is being delayed with all the complexity of the conjuncture: law of guarantees and elections. In addition, each of these agencies that were created from the agreement works in a coordinated manner. They are not isolated. If you create the JEP and the Truth Commission, you can not leave the Missing Persons Search Unit outside of the system.

As Colombia’s peace process moves towards the crucial phase of trying the major actors in the half-century-long conflict, it is essential that the Santos administration put the structures in place to establish the Missing Persons Search Unit.

Under the terms of the agreement and the structure of the special justice system and truth commission, the aggressors in the conflict will provide details and locations associated with the disappearance of tens of thousands of Colombian citizens.

The Missing Persons Search Unit will seek to provide closure to the families of victims the length and breath of the county who have been left without answers for decades.

The Victims Search Unit reports that there are 45,646 cases to be examined while the Medical Examiners Office puts the task of locating, exhuming and returning the remains of those registered as disappeared at 77,000 victims.

The National Center for Historical Memory (NCMH) places the figure at approximately 90,000.