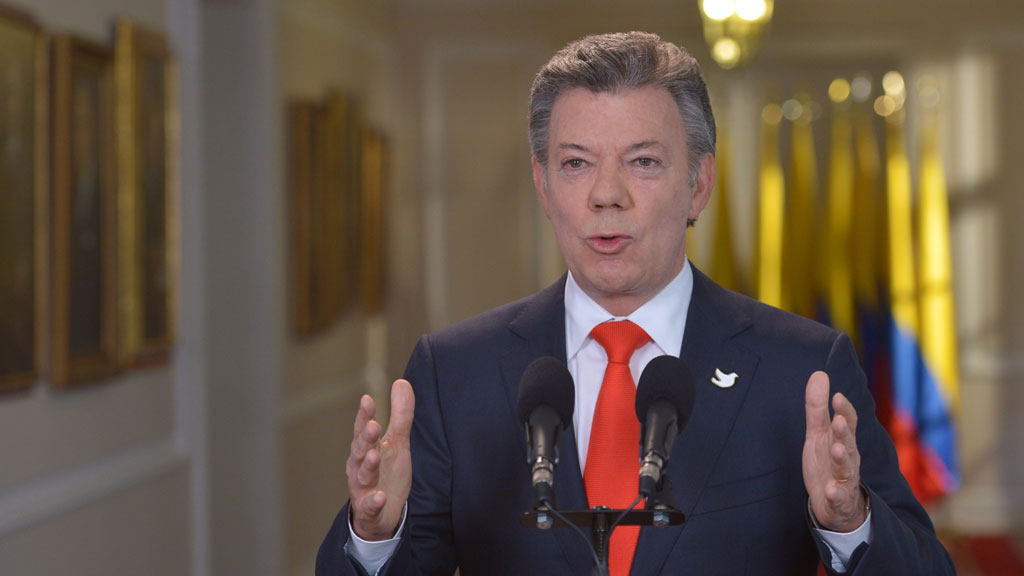 Santos vows to invest $1.75B in schools to improve sub-standard public education

The money will reportedly go to building and adapting more than 30,000 classrooms, or 1,500 schools, Santos claims committing to a deadline of four years.

The president called this initiative “the most ambitious investment in the construction and improvement of schools in the history of Colombia.”

This project from the National Social Policy Council (CONPES) is a part of the Program to Promote Productivity and Employment, or PIPE 2.0, which seeks to create over 300,000 jobs for Colombia and boast the country’s economy that has seen growth cooling down amid dropping fossil fuel prices.

Santos has invited mayors and governors to identify land and projects where they could begin building these new high quality schools, referred to as ‘Schools 10’.

These schools will allegedly boast improved infrastructure, laboratories, libraries, kitchens and free food. Santos claims this will benefit the children who are provided with such facilities, the parents who will be able to work knowing their children are safe and the country as it gets closer to its target of becoming the most educated in Latin America.

The Minister of Education, Gina Parody reveals there is already an inventory of over 1,200 properties available nationwide where they could anticipate the works, this would reportedly create 32,000 jobs for Colombia.

In his speech Santos cited recent success in the education system through the provision of free primary and secondary education for all children. However, he admits that of the top 500 best schools in the country only 30 are public.

Private schools teach pupils for over eight hours, whereas a public school day lasts between five and six hours.

Santos states that this inequality gives children a different future based on the level of education they are able to receive. This is an issue he is combating with the project ‘One Day’ which looks to extend the public school’s academic hours. This has already however met challenges of lack of teachers, power and infrastructure.

The Colombian education system characterized by insufficient resources and a methodology of repetition, lacking imagination has been criticized for more than just inequality however.

The Minister of Education has revealed that 18% of students drop out of school before 18 and in rural areas this is an alarming 52%. Possible reasons for this being violence, insecurity, a need to work and teenage pregnancy.

Furthermore the quality of schooling has been criticized for poor infrastructure, difficulties in location, deficiencies in access to internet and poorly motivated teachers that are paid a low salary.

In April, 300,000 teachers went on strike for 15 days over demands for increased salaries, enhanced health benefits, increased investment within the National Development Plan and the government’s alleged lack of will to compromise.

The 2015 education budget rose by $800m surplassing that of defense and police this year to $15.3 billion, 4% of the country’s GDP. The OECD (Organization of Economic Cooperation and Development) a group of 34 countries that identify good economic and political practices and have strict membership requirements have been reported to spend 6.1% of budget on education.

Despite the Colombia’s efforts to reform education, it is still not adequate enough to join the OECD. With regularly poor PISA (Programme for International Students Assessment) Colombia is not exhibiting any success as yet, most recently falling at the bottom of 44 countries.

The increase in budget this year was put into a number of grants to support higher education and tuition, investments to supply students and teachers with electronic tablets and computers as well as various educational programs, including those to improve bilingual performance and developing early childhood for at risk populations.