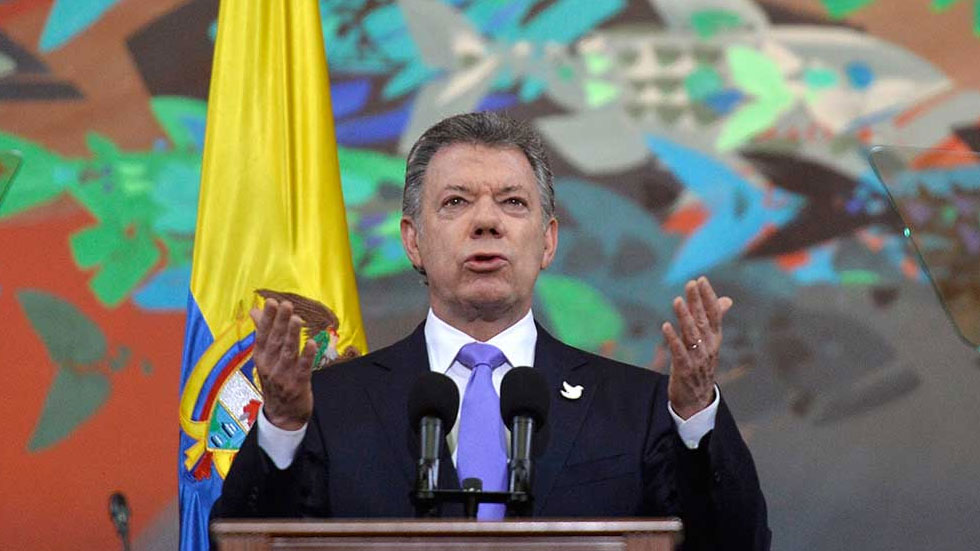 Colombia President Juan Manuel Santos confirmed on Monday that he received positive news following last week’s medical examinations amid fears of a relapse of the prostate cancer he suffered in 2012.

The Colombian leader stated that he has “no tumor and no metastasis” after being examined by specialists at the Santa Fe Foundation in Bogota and the John Hopkins Hospital in Baltimore.

“Tests performed in the Santa Fe Foundation and further consideration at Johns Hopkins Hospital in the United States show that I have neither metastasis nor I have any tumor. What doctors found is a minimal lag in what I had in the past. And so they recommended a drug treatment and one session of radiation therapy that seeks to prevent the side effects of medicine,” he said in a statement.

The head of State, who this week is preparing to sign a second peal deal with the FARC guerrillas and present it to Congress for ratification said that his daily life will not be affected by the treatment.

“This treatment, as doctors have pointed out, does not affect my daily activities either personal or professional. It has been been recommended that I do a lot of sport and sleep well. The family is very happy and we will go forward,” he stated.

According to the medical report, experts discovered and increased amount of antigens but ruled out the presence of “active tumor masses.”

In October 2012, Santos announced that he had been detected a “small tumor” in the prostate. He warned that he was not aggressive and would be operated upon two days later to have it removed.

The President sparked fears that he had suffered a relapse last Tuesday when he announced that he was going to have tests undertaken.

Prostate cancer has a high survival rate among cancers, with a slower rate of spread and growth than many other diagnoses.

At 5 years, 99% of men who do not develop other health issues survive the disease; at ten years, the survival rate is 91%.