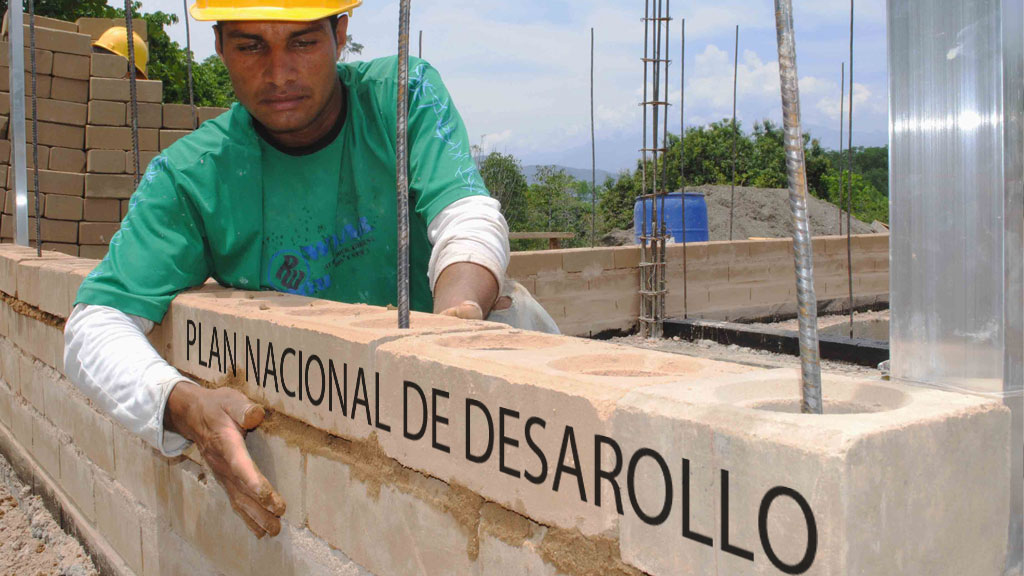 The National Council for Economic and Social Policy, the nation’s highest authority in planning and a senior adviser to the Government, first approved the plan on Wednesday, before it was formally filed with congress two days later on Friday.

The plan’s manager is Simon Gaviria, director of the National Planning Department (DNP).

The plan delivered by the Colombian president, Juan Manuel Santos, and his government is entitled, “All for a new country; peace, equality and education.”

One key issue is the construction of the Bogota subway, which aims to alleviate the capital’s serious mobilization problems. The 27 kilometers of the subway’s first line have an estimated base cost of 15 billion pesos. This does not include the cost overruns, unforeseen financial costs and devaluation which have blighted many of Bogota’s infrastructural projects in the recent years.

Crucially, there is still no clarity on the subway’s financing however.

DNP director Gaviria and Bogota’s mayor met last week to discuss this crucial issue, reporting that while the DNP is committed to work, the project has a serious “shortage” of resources.

As worries over the subway’s financing increases, Gaviria confirmed that the National Development Finance will conduct “value engineering” to “find savings opportunities”  in the next four months, reported Colombian daily Semana Monday. The progressive building of the subway in smaller, more manageable components has been proposed by many, including the director of the private company, ProBogota, charged with construction responsibility.

Many of the plan’s key components regard the possibility of a post-conflict Colombia, as talks continue about the ending of the government’s 50 year conflict with marxist rebels FARC in Havana. The plan maintains that if peace is consolidated, the possibilities for growth and development of the country will be considerably higher.

One of the main objectives in a post-conflict Colombia is to begin eradicating the large inequality between cities and countryside. In rural areas, poverty is more than double that in major cities and there are significant rural public services, health and education problems, said the report. To better identify various region’s problems,especially those outside of the larger cities, Gaviria and the NPD have toured 32 departments listening to local authorities, the community and academia.

Another key proposal is to conduct a population census in 2016. The last DANE census was held in 2005, where Colombia’s population was estimated to be 41.2 million people. Although the entity estimates Colombia’s current population to be 47.9 million, a more extensive statistical analysis would be crucial for government planning and policy.

Other four year goals set in a post-conflict Colombia are: reducing the high incidence of violence from 25% to 16% in municipalities, dropping the number of homicides per 100,000 population from 32 to 23 and reducing rural poverty from 42.8% to 36%.

Regarding education, the proposals aim to achieve universal high school coverage, increase the percentage of public schools at “high” levels from 32% to 45% and increase average national knowledge test scores.

The plan is composed of over 700 pages, fourteen chapters and over 200 articles.

It will cost 703 billion pesos, representing a growth of 12 percent over the previous plan.