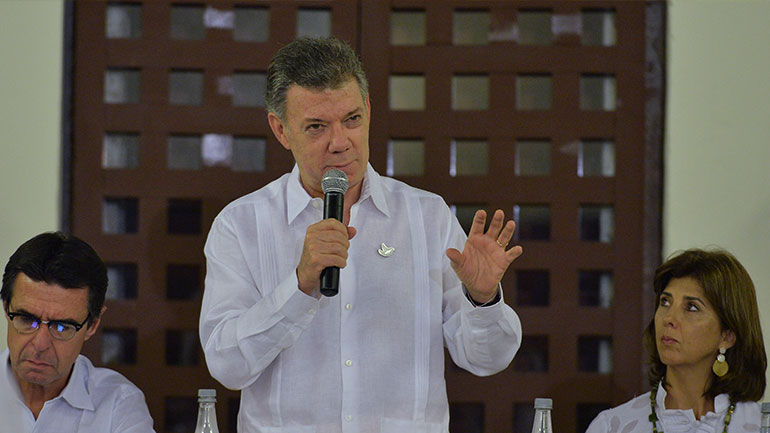 Colombian President Juan Manuel Santos said on Sunday he will attend a meeting with his Venezuelan counterpart to resolve an ongoing border crisis with “the best intentions but without great expectations.”

Santos and Venezuelan President Nicolas Maduro will meet in Ecuador on Monday to try and resolve a diplomatic crisis sparked in August when Maduro closed several border crossings and deported more than 1,500 Colombians in what he has characterized as a crackdown on crime.

“We travel to Ecuador tomorrow with the best intentions but without great expectations,” Santos said on Twitter.

Earlier in the day, the Wayuu indigenous people, who live in an ancestral area which straddles the border between the two countries, accused the Venezuelan national guard of killing two of their community members.

The Colombian army said on Friday that about 15 members of Venezuela’s armed forces had crossed into Colombia, where they fired weapons and burned a motorcycle.