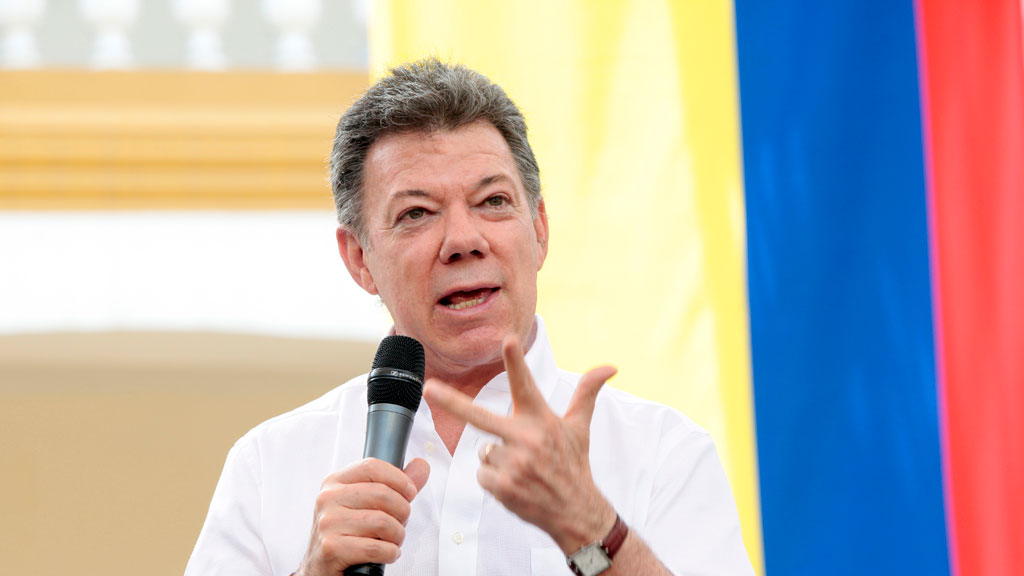 Colombian President Juan Manuel Santos has been introducing elements of another large stimulus program to curb a slowing economic growth and high unemployment.


The so-called “PIPE-2” program, or “Promotion Plan for Production and Employment,” follows the launch of the first PIPE program two years ago, and is focused on construction of buildings and infrastructure, according to a BBVA research note.

The 2013 plan focused on the free housing  for the lower poor, which has been seen as one of the reasons the president was able to consistently lower unemployment rates and, particularly iun the second half of 2013, keep the economy growing amid plummeting crude oil revenue.

“You must have a minimum impact of 322,000 [jobs] in addition to what comes through normal jobs growth,” the President said in a statement announcing the new plan, which claims to build as many schools in the coming four years as had been done in past 60, and help the economy expand by 3.5% this year.

In addition to creating jobs the plan will expand on middle class housing development, spending little less than $400 million to create 60,000 rural dwellings and subsidizing mortgage interest for some buyers.

The plan also includes measures to support the mining and energy industries, provisions of seed capital for innovation, and allocates $1.65 billion for improvement of national and secondary roads, among other measures.

Despite similar measures executed in the 2013 plan, the Colombian economy is growing at its slowest pace in six years, according to a report by Bloomberg.

The Central Bank chief told lawmakers last week that he expects the economy to grow between 3 and 3.5% in 2015, down from 4.6% in 2014.  A significant cause of this decline is related to the falling price of crude oil, which accounts for approximately 50% of Colombian exports.

The PIPE-2 plan appears to address some of the concerns noted in recent reports from the IMF and Organization for Economic Cooperation and Development (OECD).

According to an April 2015 IMF report, growth in Latin America as a whole has been slowing for five consecutive years.  The report recommends that a key priority for governments is to tackle long-standing structural problems to raise investment, productivity, and potential growth. Improvements in business environments, infrastructure, and education will help to foster more diversified, resilient, and prosperous economies, the report noted.

A January 2015 report issued by the OECD stated that Colombia does have issues with high unemployment, limited access to financing, and childhood education.  The Santos plan appears to address these issues with mortgage subsidies, construction jobs and new schools.

However, the report also warned that the housing market is showing signs of overheating, something that additional home construction and easier credit terms outlined in the PIPE-2 plan could exacerbate.