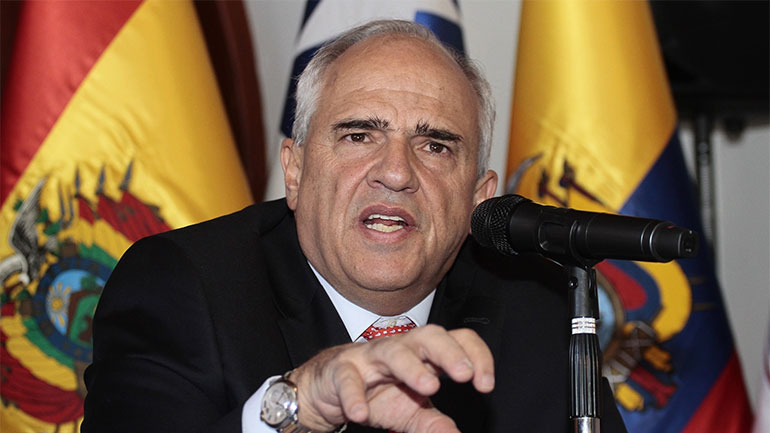 Colombia’s ex-president Ernesto Samper said on Wednesday that he will sue the family of a conservative leader murdered just over 20 years ago for implicating him in the homicide.

Samper and Serpa were implicated in the murder case that has yet to be resolved, through the confession of drug trafficker Luis Hernando Gomez, alias “Rasguño.”

The former capo of the now-defunct Cali Cartel had claimed that Serpa and Samper had instigated the murder following the Conservative opposition politician’s persistent opposition to Samper for winning the 1994 elections using cartel money.

“We ask the court to find out the reasons why these people irresponsibly insist on misleading the investigation by telling lies,” said the press release.

“The worst tribute that the relatives  of the leader can leave in his memory, is to misrepresent the circumstances in which he was sacrificed in order to obtain political and personal dividends, and bury the truth from Colombian history,” the press release continued.

Serpa is unable to sue for slander as the Supreme Court accepted to investigate the charges filed against him. There is currently a preliminary inquiry against Samper, according to reports.

Gomez was a popular and respected Conservative Party politician who ran for president three times and served as ambassador to the United States, France and Switzerland. Gomez was the son of controversial former Colombian President Laureano Gomez.

Lawyers for Gomez’s family believe he was killed in retaliation for scathing editorials he wrote prior to his death that linked Samper to the Cali cartel.

They claim he was murdered by members of this drug cartel that helped finance Samper’s successful presidential campaign in 1994. Serpa was Samper’s campaign manager at the time.

Both have claimed to have been unaware of the drug money that was used in their political campaign.

Only two people have reportedly been charged during the investigation; one who was accused of false testimony and one who was arrested in the first years of the judicial process who Gomez’s family believe is innocent. While the court have not confirmed a hypothesis, Gomez’s family insist that the homicide was a state crime.

In spite of their murky political past, both Samper and Serpa continue to have important political roles: the former president is the current chairman of South American organization UNASUR and Serpa was put in charge of selecting the Liberal Party’s election candidates for local elections held earlier this month.