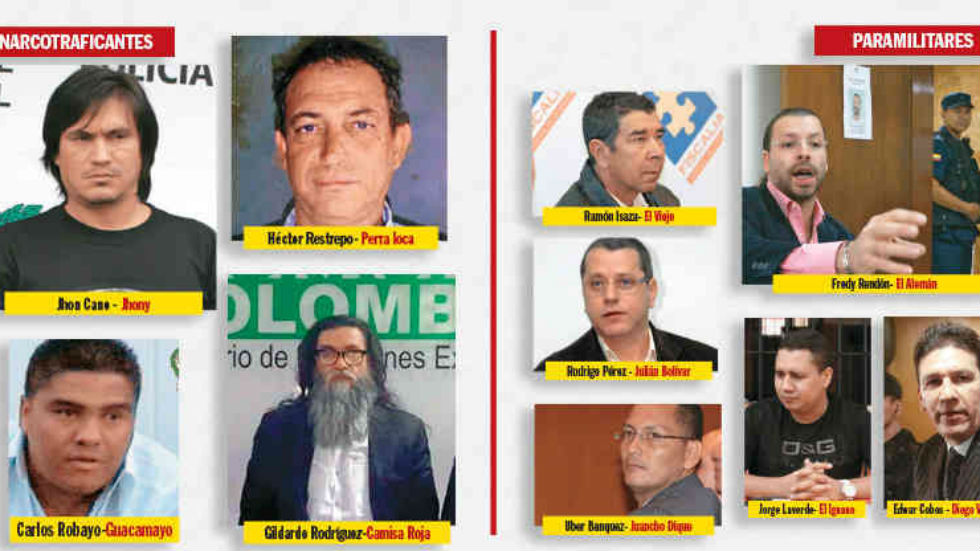 The return of notorious drug lord Hector Restrepo Santamaria, aka “Perra loca” to Colombia after serving five years in a US prison has stoked fears of growing activity in Colombia’s criminal underworld.

Migration officials confirmed that Restrepo was released on February 2 from a federal prison in Pennsylvania and deported back to Colombia earlier this month, one of many criminals recently released.

Restrepo was arrested in 2010 and later sentenced to five years in prison for money laundering offenses. He is currently wanted by Colombian officials on drug trafficking and other charges, according to Semana magazine.

The release of several high profile drug criminals may add fuel to the fire as tensions are already high with neo-paramilitary groups and criminal gangs reportedly appearing in territory recently vacated by the FARC guerrillas.

Restrepo took part in the demobilization process of the paramilitary group the AUC which was initiated by former president Alvaro Uribe in 2002, passing off as a leader of the southwestern bloc of the organization.

He is a well-known drug trafficker in Antioquia, and formed part of various criminal groups, including the notorious Office of Envigado.

Many are concerned that Restrepo’s return to Colombia could lead to a surge in violence. Anti-drug agencies in Colombia consider him a “pure-blooded narco” and fear that he will launch a deadly campaign to recover properties and turf that he lost while he was imprisoned, reported transnational crime website Insight Crime.

His release is the latest in a wave of drug traffickers and paramilitary members that are being freed after having served reduced sentences in jails across Colombia and in the United States.

In 2016, over a hundred former paramilitary members were released, some of which were leaders of different blocs around the country, such as Freddy Herrera, alias “El Aleman”, and Rodrigo Perez Alzate, also known as “Julian Bolivar”.

And over the coming months, 50 more AUC combatants that  demobilized under Uribe’s justice and peace law are expected to be released.

Colombian authorities fear that some of the traditional drug alliances may be re-formed resulting from the release of the likes of Restrepo and have been keeping a close eye developments reported Semana magazine.

Together with the Public Prosecutor’s Office, we have been carrying out a work to identify whether these people are returning, and in some cases serious investigative processes are already being carried out in various parts of the country to act against those who have returned to commit crimes,”

The return of so many heavyweights to Colombia’s criminal world comes at a critical juncture in the country’s history.

In November, the government signed a final peace deal with the FARC, Colombia’s largest rebel group. Over the past few months, rebels have left long-held territories and moved to demobilization camps to continue a UN-monitored disarmament process.

But many fear that neo-paramilitary groups and criminal organizations will populate former guerrilla land, as has been reported in various departments around the country.

The return of former AUC combatants and leaders could further complicate the situation, especially in cities such as Cali and Medellin, where criminal power structures remain unstable.

Additionally the transitional justice mechanism agreed upon between the government and the FARC as part of the peace process could facilitate the release of hundreds of former guerrillas with connections to the drug underworld.