Less than one week after being released after 23 years in prison, the former hitman of slaindrug lord Pablo Escobar has found himself involved in a heated legal battle with a top Medellin businessman.

In an interview with television network RCN days before his release from a high security prison, Jhon Jairo Velasquez, alias “Popeye,” raised concerns for his safety upon his release.

In this interview, Popeye suggested that he foresaw a “big problem” with businessman Luis Guillermo Angel, better known as Guillo Angel, and the Ochoa crime family who founded the Medellin Cartel with Escobar in the 1980s.

The former Medellin Cartel killer stated that Angel was a high-ranking criminal in Medellin who was supported by the Ochoa family.

Popeye went as far as to suggest that these groups had formed an alliance with “Los Urabeños,” a powerful neo-paramilitary group active mostly along Colombia’s Caribbean and Pacific coasts.

Angel is a well-known Medellin entrepreneur and pilot who was part of the “dirty dozen,” twelve men who submitted information about dealings with Pablo Escobar to authorities in July 1993 as a means of gaining immunity under a 1992 decree aimed at dismantling the Medellin Cartel.

The businessman hits back 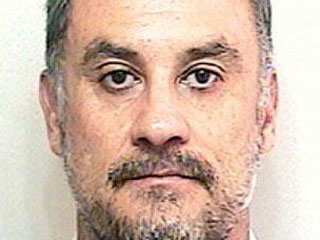 In a statement to El Tiempo, Angel suggested that his name was being tarnished by Popeye in retaliation for his part in the dirty dozen case in which he helped to bring down Popeye’s former employers.

Angel stated that should he or any member of his family or close circle of acquaintances fall victim to violence that the finger of blame should be pointed directly at Popeye, as his recent statements showed animosity and a wish for vengeance.

A representative of Angel, who paints himself as a legal businessman with no connections to organized crime, has reported his client’s intentions to file a lawsuit for slander and libel against Popeye.

“We ask that the Public Prosecutor’s office submit any evidence in relation to the accusations made against my client and his actions, rather than let this turn into a media spectacle,”  the spokesperson told newspaper El Tiempo.

Representatives of the Ochoa family said that they did not want to begin a conflict with Popeye.

Martha Nieves Ochoa, sister of Medellin Cartel crime bosses Jorge Luis and Fabio Ochoa — who is currently serving a 30 year prison term in the USA — and John David Ochoa — who died in July 2013 — said that the claims made my Popeye were false and that her brothers had complied with the state and had nothing to hide.