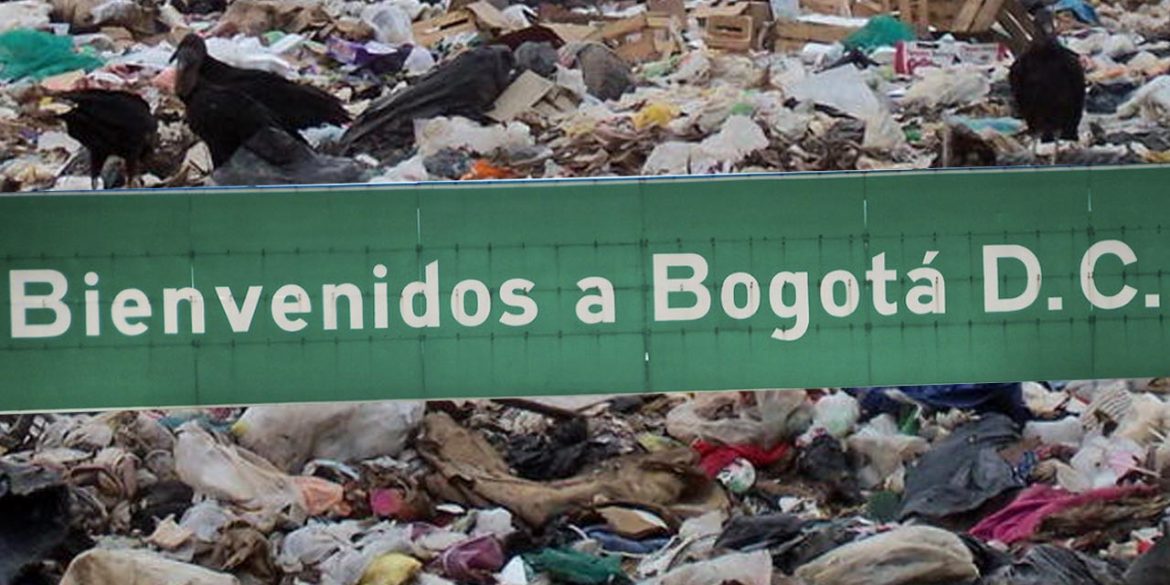 Bogota residents burned garbage on Tuesday after the local trash collecting system broke down over a dispute between the mayor and the 3,200 trash collectors.

Garbage in the Alamos neighborhood in the west of the city has been attracting rats and is affecting the health of the locales, Caracol Radio reported.

“The children and elderly are starting to get ill,” Alamos resident Jacqueline told the radio station.

Trash has been piling up in 2,100 neighborhoods where private trash collecting services are struggling to assume the work of public services company Aguas de Bogota.

The 3,200 employees of that company went on strike last week after Mayor Enrique Peñalosa barred Aguas de Bogota from bidding for next year’s trash collection.

Peñalosa escalated the crisis by sending riot police to disperse the riots on Wednesday. Several Aguas de Bogota workers were injured in the violence. The garbage men retaliated on Friday, reportedly damaging more than 60 trucks.

Meanwhile, some 3,000 metric tons of waste is rotting in the Bogota streets.

Colombia’s Inspector General demanded on Tuesday that Peñalosa provide answers as to what it is doing to “to reduce, mitigate and correct the negative environmental impacts caused by the deficient operation of the garbage collection service.”

Inspector General Fernando Carrillo said he was considering taking disciplinary steps against those responsible for the crisis on the basis of what is submitted in the report submitted by city authorities.

Carrillo has the authority to suspend public officials and bar them from holding public office.

The current trash crisis is the second in six years.

Socialist former Mayor Gustavo Petro employed more than 2,000 employees for the collection of garbage, suspending contracts with private contractors the mayor accused of price-fixing in 2012.

Petro was suspended and temporarily barred from holding public office against a ruling from an international court that deemed such measure excessive and arbitrary.

Then-Prosecutor General Alejandro Ordoñez claimed that the right of free competition had been violated. He was later dismissed after the court found that the inspector general reelection was against the law.

Back to Peñalosa’s latest blunder

The current crisis came about when the mayor decades to exclude Aguas de Bogota from the bidding for the cleaning of the streets of the capital due to policy shortcomings.

This put the immediate future of the company’s 3,200 uncertain, spurring a bitter strike between the unpopular mayor and the unpopular public services company.

Twelve of Bogota’s 20 districts have been plunged into crisis by the sudden escalation.

Police and the National Army has even been picking up garbage, but still the government is unable to guarantee the service in much of the city.

Peñalosa has refused to negotiate with the strikers to resolve the crisis, leaving the capital’s residents to deal with the consequences of the escalated dispute.