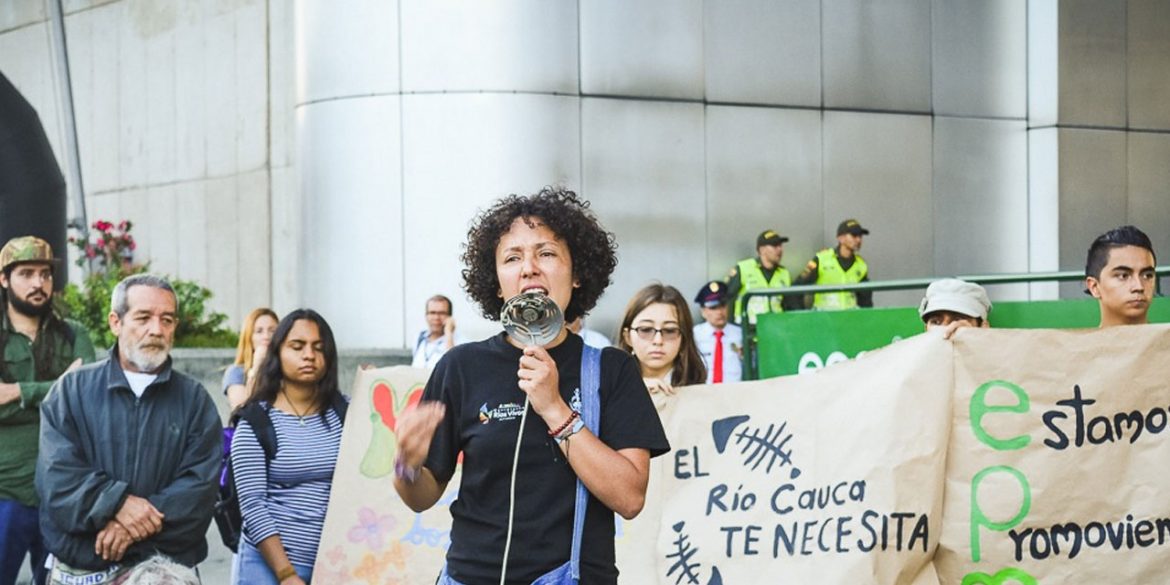 Hundreds of protesters at EPM chanted that the Medellin public utilities company “is a thief” and left dead fish on the building’s steps on Thursday in response to an environmental disaster caused by the company earlier this month.

According to the activists, EPM “killed the Cauca river” in a series of irregularities in the Hidroituango hydro-electric dam project that have spurred investigations against the company’s CEO and multiple top local politicians.

“They don’t know what a river is. They say that since they have returned the water nothing happened- lies,” Isabel Christina Zuleta, a community leader from the town of Ituango, shouted to an angry crowd in front of EPM headquarters.

Downstream (of the dam), people have been displaced by death… They obligate people to sign papers saying they have received psycho-social attention. What attention? Who is going to attend to the thousands of fishermen who have had to watch the death of their culture and livelihood, [and their] their children without food?

Zuleta’s organization, Rios Vivos,  demands that EPM immediately release all information on the project’s viability and infrastructural integrity to the communities in danger if the dam collapses.

Thursday saw protests in 13 cities across the country including Bogota, Medellin, Cali and Bucaramanga.

On February 5, EPM decided to close the provisional water discharge in order to prevent pressure from damaging the integrity of the dam’s structure. Within 24 hours river communities began reporting the river had virtually dried up.

Many places, like Puerto Valdivia where Zuleta is from, saw an 80% reduction level in water levels, according to the Colombia Institute of Hydrology Meteorology and Environmental Studies (IDEAM).

More than 85,000 fish were killed, with more than 450,000 rescued in the emergency, according to EPM statistics.

Four days after the disaster, EPM said that the water flow was returning to normal levels as the water in Hidroituango’s reservoir reached the point it could be discharged into the river through the spillway.