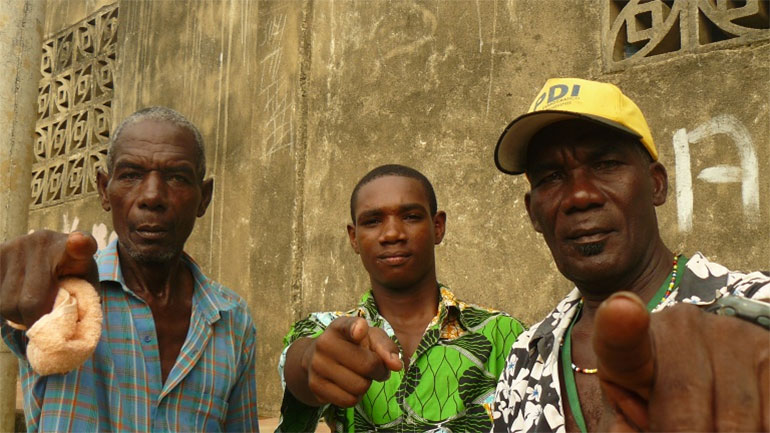 (Image credit: Sounds of the Universe)
War and peace

The group of popular actors, athletes, models and politicians are still awaiting a response, having demanded inclusion for their ethnic minority in a process that will determine the future of the nation.

“Afro-Colombians want and have the right to be part of the design and consensus of peace, but especially and most importantly, peace needs us and can not be without us, if you are looking for a real peace beyond the formality of signing of an agreement,” the black celebrities said.

“Peace should be the desire of all Colombians, because one way or another we have been victims of a civil war that has painfully existed as the longest armed conflict in the Western Hemisphere,” the letter stated.

The frustrations of the high-profile Afro-Colombians are based on the fact that they  have brought notoriety and recognition to Colombia often on the international stage, yet their voices are not heard at home.

As Colombian ambassadors in their respective fields, they have not been judged by race at home or abroad. Representation at the peace talks should be no different.

“This means that our goals, songs, achievements, medals, contributions, and performances have not discriminated against anybody; our triumphs have never distinguished ideologies, races, social class, or any difference. Our achievements are for all Colombians,” stated the letter to Santos.

Their intention is to seek representation for the black community of Colombia that proportionally has been among the most affected by the 51-year-long conflict.

“This war has touched all of us, but in our homelands it was merciless; either on behalf of paramilitaries, guerrillas and sometimes the state itself, the war map expanded miserably where our people live,  or rather where our people survive,” said the Afro-Colombians.

Although the letter was filed on February 16, 2016, it “has not yet received an official response,” according to news website Pulzo. This is sparking further debate as to whether Santos cares about minority groups.