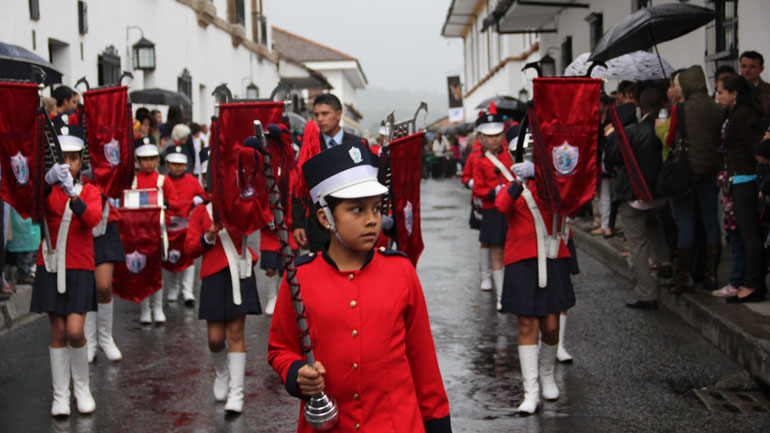 Popayan is a quintessential religious city in Colombia and Holy Week processions have been a tradition for over 400 years.

Popayan, a community known for religion and boasting the largest number of churches per capita in Colombia, celebrates Holy Week in a big way with it’s traditional processions originating some 400 years ago.

The traditions are similar to the Spanish towns of Seville and Valladolid because Spanish conquistadors overtook and implanted their traditions and cultures from the Iberian peninsula.

In addition to the processions, Popayan organizes religious music festivals that are held in the colonial churches and feature musicians from both Colombian and foreign countries.