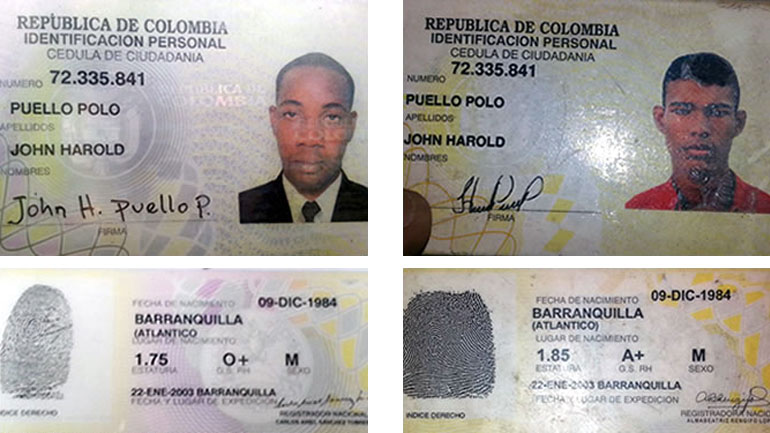 Policeman discovers theft of his own identity during routine check

A policeman has had a surprising encounter during a routine bus search on Colombia’s Caribbean coast, where one of the passengers was found to be travelling under the cop’s identity.

On checking the credentials of an unlucky passenger travelling a bus route through the northern province of Atlantico, Jhon Harold Puello Polo was shocked to find that he was looking at another Jhon Harold Puello with exactly the same citizen ID number, according to local media.

The only difference between the two cards was the blood type, height and photograph.

The false Puello, who some might say was caught in the wrong place at the wrong time, reportedly said that he was a Cuban national and that he bought the identification card for USD$5,000 upon arriving in Colombia.

Puello’s clone is being investigated by authorities.