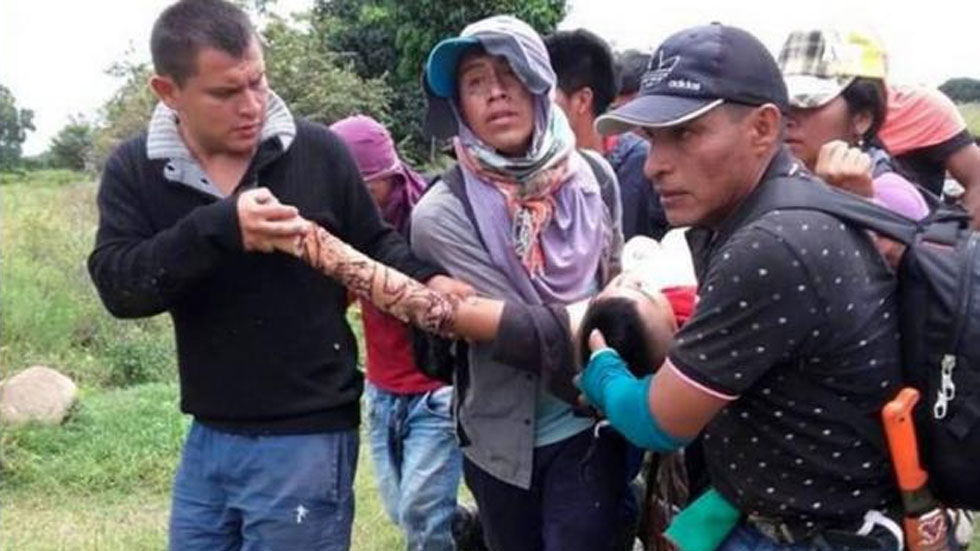 A minor was shot dead, and one reporter and several policemen were injured in southwest Colombia on Tuesday after riot police opened fire at indigenous protesters and clashes erupted.

The feared ESMAD anti-riot unit indiscriminately opened fire at the protesters after entering a plot in Corinto, Cauca, the indigenous claim had been promised to them.

Two protesters were hit by police bullets. One of them died on the way to hospital in Cali, while the other, an independent reporter, remained in intensive care in Wednesday.

The shooting infuriating the indigenous who subsequently blocked the road between Corinto and the neighboring municipality of Miranda, an action that spurred the police to intervene again in order to reopen the route.

The violence moved into the urban areas of the town of Corinto, and the anti-riot forces began using tear-gas on the indigenous, the town’s Mayor Edwar Garcia was reported as saying by newspaper Vanguardia.

This claim is false, however, an anonymous eye witness told Colombia Reports.

The National Police claimed that the protest left several of its members wounded.

“The police were attacked with stones, sticks, explosive devices and firearms, in which four soldiers were initially injured, three of whom were hit by shrapnel after the detonation of an improvised explosive device,”  a police statement said.

According to the eye witness, also this claim is partly false.

“The shooting was from police on both sides, below they were just police, above they were interspersed with ESMAD,” the witness said.

Local tensions were already high as reports suggested that the the indigenous group had been trespassing on the sugar plantations and cutting down the sugar cane as part of their self-proclaimed “Liberation of Mother Earth,” whereby they take back private lands the local indigenous claim are theirs by right and had been granted to them by national authorities.

Indigenous brothers of Cauca, to think that three days ago we spoke with the Vice President of the Republic in Popayan, precisely on the subject of land ownership, and he said he was going to find a solution to the issue. We forgot who he is and where he comes from. Today, we mourn and cry for our brother Felipe.

As a result of the National Government’s failure to comply with the agreements with indigenous communities in the Cauca province, communities are suffering a social, economic and cultural emergency, generating a systematic weakening that leads to the physical and cultural disappearance of indigenous peoples.

Clashes between indigenous groups and the government are not uncommon in the Cauca province. Protests are often staged as the indigenous try to claim back properties that they claim constitute part of their ancestral homeland and thus have a right to use them.

In the past the government have used extreme force, such as tanks, helicopters and riot police to uproot what is described by government officials as an illegal occupation of private property.

The indigenous groups claim their intention is not to wound but to resist as part of their “liberation of mother earth” plan to protest against private interests that own large swaths of land in Colombia.