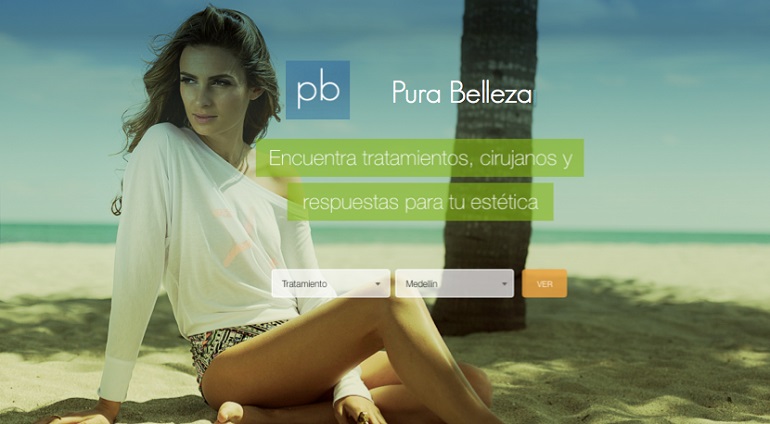 Tourism figures for Colombia have been on the rise for years. Foreigners come for the beaches and the mountains, the diverse cultural festivals and world-renowned biodiversity. Increasingly, though, Colombia is a destination for a different kind of travel.Medical tourism in general is up, and so is a special offshoot thereof. Foreigners are beginning to see Colombia as one of the premier sites for plastic surgery, says Dr. Lina Triana, the general secretary of the International Society for Aesthetic Plastic Surgery and the president of the Colombian Plastic Surgery Society (SCCP).

What started as a trend among Colombians living abroad — who would return to Colombia to receive plastic surgery — has now become common practice for foreigners seeking plastic surgery at a lower price and higher quality than is available back home. According to the American magazine Mother Jones, approximately 500,000 plastic surgeries are performed in Colombia each year, the second highest number in Latin America after Brazil.

More and more of these surgeries, said Triana, are performed on foreigners who are drawn not only by the low prices, but also by a growing reputation for high-quality procedures and professional follow up care. This was not always the case, and — as Triana explained — Colombia’s current culture of aesthetic surgery has interesting and perhaps unexpected roots.

According to Triana, one of the most significant influences on the plastic surgery culture that currently exists in Colombia is the country’s narco-trafficking history.

“As you probably know,” said Triana, “we also went through a mafia phase, and this mafia phase made easy money easier, and a lot of people wanted to have aesthetic plastic surgery procedures because they had the money suddenly.”

Whereas in the United States and Europe, plastic surgery is most commonly associated with the upper class, the influx of drug money into common society altered this dynamic within the country.

“So that made a unique situation in Colombia where aesthetic plastic surgery became not only accessible for the higher class levels, but also for the middle and lower class levels, so today it is something acceptable, for rich and poor people,” Triana said

According to Triana, it was this sordid history that laid the groundwork for the modern plastic surgery industry, which has since developed independently of the drug trade, to conform to the diverse expectations and needs of the broader international community.

“First it was Colombians living outside the country, then it was friends of these same Colombians […] and now we have Americans coming that don’t even speak Spanish,” said Triana, who acquires most of her patients by referral.

“People that came here were seeking lower prices for aesthetic plastic surgery procedures, but this has changed throughout the years […] because they can find good plastic surgeons, good surgery centers, and a better overall environment, they come here not only for the price, as was the case 15 years ago, but for the quality of the experience,” Triana said.

A recent investigation by the American investigative magazine Mother Jones revealed that the number of foreigners coming to Colombia for aesthetic surgery currently stands at about 20,000 a year.

Despite this still relatively low number, and the fact that plastic surgery prices in the United States and Europe are beginning to resemble the cheaper alternatives offered in Colombia, Triana alleges that number of foreigners coming to Colombia for surgery is, “definitely increasing.”

The recession had a slight impact on patients from Europe, particularly Spain, which represented a large portion of the country’s patients. But Triana says that business is still good, and Colombia promises to figure into the plans of a broad range of surgery-seekers across the world. “There are a lot of US patients coming as well as patients from Canada, and also from throughout Latin America who want to have surgeries done in Colombia.”

According to Triana, what differentiates Colombia from other countries is the quality of the follow-up care that is provided. Unlike the United States or Europe — where follow-up appointments are often conducted by assistants or nurses — post-surgery care in Colombia is usually overseen by the doctor who performed the original operation.

Colombia’s international popularity for plastic surgery is also reflected by the increasing number of package deals that are offered to foreigners. Through hotels, plastic surgery centers or private companies, foreigners can buy all inclusive packages which often include a combination of three different surgeries, as well as an apartment including a housekeeper and a chef for a mere $10,000.

Yet even with qualified surgeons and appealing package deals, the risks of plastic surgery run high.

This is the reason that Triana says she never uses the words “medical tourism” when describing plastic surgery in Colombia. According to her, the term implies that the procedure and the post-surgery recovery period are easy and risk-free, which is far from the truth.

As with all surgeries, risks are always involved, and according to Triana, between three and five percent of patients are not satisfied with the results of their surgery, a figure which increases to 12% for nose work.

While this can happen under the auspices of a professional surgeon as well, a disproportionate amount of these cases occur at the hands of unqualified individuals, she says.

As Triana explains, the Internet age means that anyone can create a website and pose as a professional, “Sometimes unqualified surgeons, or people that aren’t even doctors, try to do procedures without the expertise or the credentials which increases the risk for patients”

The results of getting surgery from an unqualified surgeon can be drastic, as a simple Google search will reveal, but there are companies operating that seek to mitigate these risks.

Pura Belleza is an example of such a company, and while it is not the only one in Colombia offering such a service, it is the only search database in the country dedicated solely to plastic surgery and aesthetic procedures.

“How do you start looking for plastic surgeons?” Pura Belleza’s Ana Castaño asked rhetorically. “You ask your friends or you go to Google and search for the best plastic surgeons in Colombia.”

“But you cant trust this material,” Castaño continued, “People can pay for ratings…so we wanted to make a place that people can trust.”

Pura Belleza is an online portal, which allows users to search a vast database of qualified plastic surgeons in Colombia, check their rankings, and interact directly with prospective surgeons before scheduling a consultation.

To guarantee its clients the highest level of industry standards, Pura Belleza only accepts members of the Colombian Plastic Surgery Society (SCCP).

According to Castaño, the SCCP has a rigorous screening process, ensuring that its surgeons are properly trained and educated, thereby guaranteeing the ethics and responsibility of its members in Colombia.

The website features user reviews, professional backgrounds, as well as question and answer platforms that allow potential patients to interact directly with the surgeons,

Pura Belleza’s goal, according to Castaño, is to increase the level of transparency between doctors and patients in Colombia, “It should be the place where you can go and be confident that you are receiving transparent information…where people can clarify their thoughts and doubts by receiving information straight from the doctors.”

Companies like Pura Belleza will surely play a more significant role in the next few years, particularly given the increase in medical tourism that Colombia has experienced.

This article was sponsored by Pura Belleza