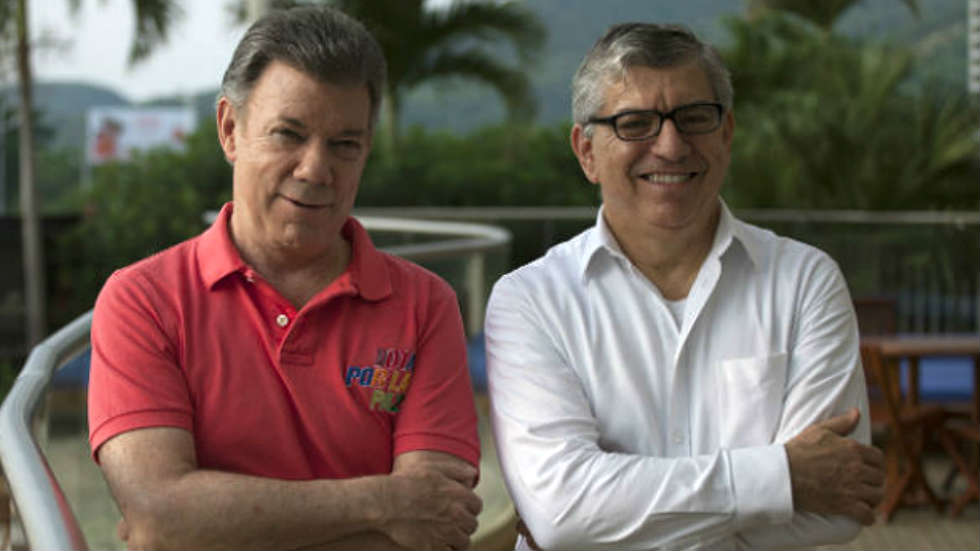 A huge new set of secret banking documents linking world leaders with tax havens was made public Sunday. Included is an intriguing example of the extreme cronyism saturating Colombia’s economic and political elites.

In the Colombian example contained in the new documents, a handful of the country’s former and future political leaders—including current President Juan Manuel Santos—concocted a business deal in the late 1990s to disguise the ownership of a Colombian company in a haze of Barbados-based shell firms.

The new documents were released by the same group that revealed the notorious Panama Papers in 2016, the International Consortium of Investigative Journalists (which includes 100 media partners).

The Panama Papers disclosure of tax haven investments by many world leaders rocked politics in a number of countries. In Colombia, the revelation led to arrests.

The biggest bombshell in the Paradise Papers is disclosure of ongoing business links between US Secretary of Commerce Wilbur Ross and intimates of Russian President Vladimir Putin. This has particular importance in the US because of the current investigations into connections between President Donald Trump and Russian economic and political leaders.

The newly revealed Colombian case, which happened nearly 20 years ago, is interesting as an example of the intense intertwining within Colombia’s small set of ruling families.

The ICIJ stressed that the use of a tax haven for business purposes does not by itself imply criminal activity, including tax evasion.

This one centers around a Colombian company, Global Education Group Colombia S.A., which the ICIJ says provides prepaid-tuition plans.

The board of directors of the Barbados company included others besides Silva who also had been close to Gaviria.

Reached for comment by ICIJ before the release of the documents, Santos said that he resigned his board position at Global Tuition in 2000 before his appointment as finance minister in August.

A document in the Paradise Papers dates his resignation as occurring on May 1, 2001, well into his tenure as finance minister.

Santos also said he was not paid for his work as a director and that “I never invested one single peso and I was never a shareholder.”

My relationship as a member of the board ended before I took office as Finance Minister and there was no compensation as this was never considered for board members, which is why there was no reason to declare income. The only relationship I have had with Global since then was that of just another customer for the education of my three children.

It might be wondered why he bothered to be an unpaid director of a Barbados company in which he had no stock.

Nothing in the above details directly suggests illegal activity by anyone. But it remains an illustrative example of how Colombia’s highest officials casually participated in companies formed among the offshore swamps of international tax evasion.

It is noteworthy the remarkable degree to which these people both intermingled business and politics and went to great lengths to obscure these connections by using techniques such as Barbados-based companies.

According to Colombia’s former tax director, the count’s elite has as much as a quarter of Colombia’s GDP hidden in offshore accounts.