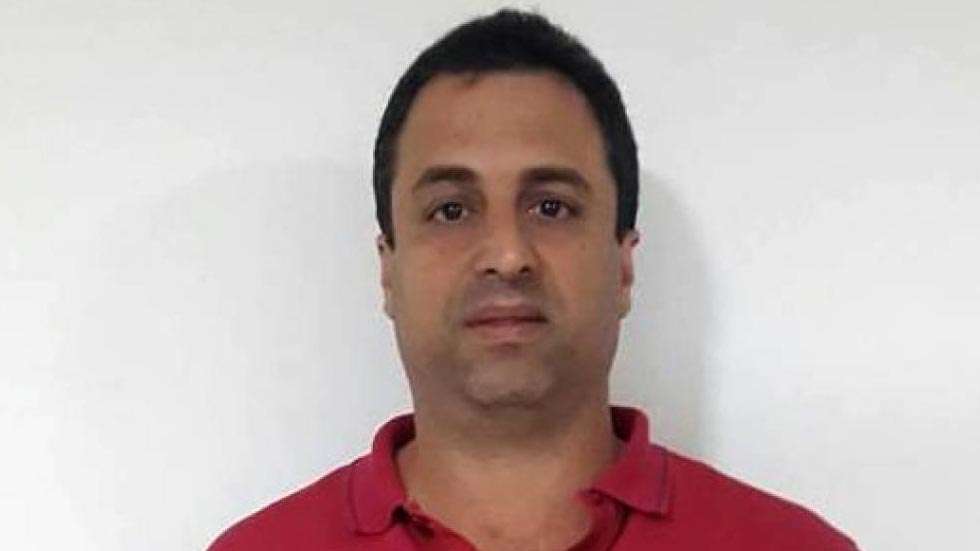 Colombian authorities have arrested a prominent Panama businessman they’re calling the world’s most-wanted money launderer and froze assets belonging to dozens of companies linked to him that were allegedly used to hide millions in illegal drug profits.

The coordinated operation was announced Thursday as the US Treasury Department froze assets belonging to 68 companies in this Central American nation and in Colombia under a drug kingpin designation.

On Friday, Colombian police showed videos taken during the arrest of Nidal Waked, who the U.S. has signaled as the co-leader with his uncle, Abdul Waked, of a money laundering network that stretched across an empire of real estate, financial and retail businesses in 14 Latin American nations.

Nidal Waked, 44, was arrested Wednesday night on a U.S. drug warrant upon arrival to Bogota‘s international airport from Panama City. Police said he seemed surprised but was cooperative and explained he had traveled to the Colombian capital on business and with a family member who he was accompanying for a medical appointment. Born in the Colombian city of Barranquilla, he’s being held in Bogota pending a U.S. extradition request.

A statement from U.S. Attorney’s Office in Miami described Nidal Waked as one of “the most significant money launderers and drug traffickers in the world.” If convicted, he faces up to 70 years in prison.

The US law enforcement operation has come as a major shock to Panama, which is still reeling from a huge leak of documents known as the Panama Papers detailing how the world’s rich and famous used the Central American nation to hide their wealth. On Friday, the Obama administration announced tougher rules and proposed legislation to prevent wealthy individuals, including politicians, from using offshore shell companies to embezzle money or avoid paying taxes.

Panama’s tradition for financial secrecy and crossroads location along the path of South American cocaine heading to the U.S. has long made it an attractive money-laundering center.

President Juan Carlos Varela, who was in Washington when the sting took place, said he had instructed his finance minister to work with U.S. authorities to protect the jobs of Panamanians affected by the asset freeze. He said Panamanian prosecutors are also investigating and banking regulators taking action so that depositors and capital markets aren’t hurt.

“I want to assure Panamanians that our independent system of justice and regulators are doing their jobs,” Varela said in a statement.

Meanwhile, Abdul Waked has taken distance from his nephew’s alleged actions, saying that he hadn’t conducted any business with his older brother’s family since the 1980s.

“He’s not my partner and he’s never been,” Waked told Colombian radio station La W, adding that he was unaware of any money-laundering investigations against his companies until Thursday. “I want to defend myself. My books are open. And I’ll do everything to defend my honor, that of my family and my children.”

Abdul Waked, who was born in Lebanon and immigrated to Colombia’s Caribbean coast, is behind some of Panama’s highest-profile investments including a luxury mall, a bank and the country’s oldest newspaper, La Estrella de Panama. Grupo Wisa, the family’s holding company, employs more than 6,000 people who work at duty-free zones at airports across the Americas, including Mexico City’s international terminals.

The base of operation was Panama City’s international airport, a major travel hub that has come under U.S. scrutiny before. In 2007, Grupo Wisa along with the owners of Panama’s Copa Airlines paid $173 million to run the airport’s duty free zone.

A leaked 2009 U.S. diplomatic cable published by Wikileaks described the airport as “tainted by a seamy underside of alien smuggling, money laundering, narcotics trafficking and corruption.” Passengers in transit could launder money through the many jewelry, perfume and electronics shops found at every turn and which face little regulatory scrutiny, the cable said.

“The duty-free zone at Tocumen is a good example of the kind of live-and-let live attitude permeating the airport,” the cable said.

Grupo Wisa issued a terse statement saying the accusations “are false and unfounded.” The company said it had instructed its lawyers to cooperate fully in the investigation announced by Panamanian officials.

It’s still unclear who they believe the Waked family was allegedly laundering drug proceeds for.

A law enforcement official, who agreed to discuss the matter only if not quoted by name because he was not authorized to discuss the case publicly, said the family worked with a wide range of drug cartels from Colombia and Mexico as well as independent drug-trafficking organizations.

The indictment unsealed against Nidal Waked and a co-defendant alleges the two conspired to defraud Ocean Bank by misrepresenting transfers into their account at the Miami bank as loans from another financial institution in Panama.