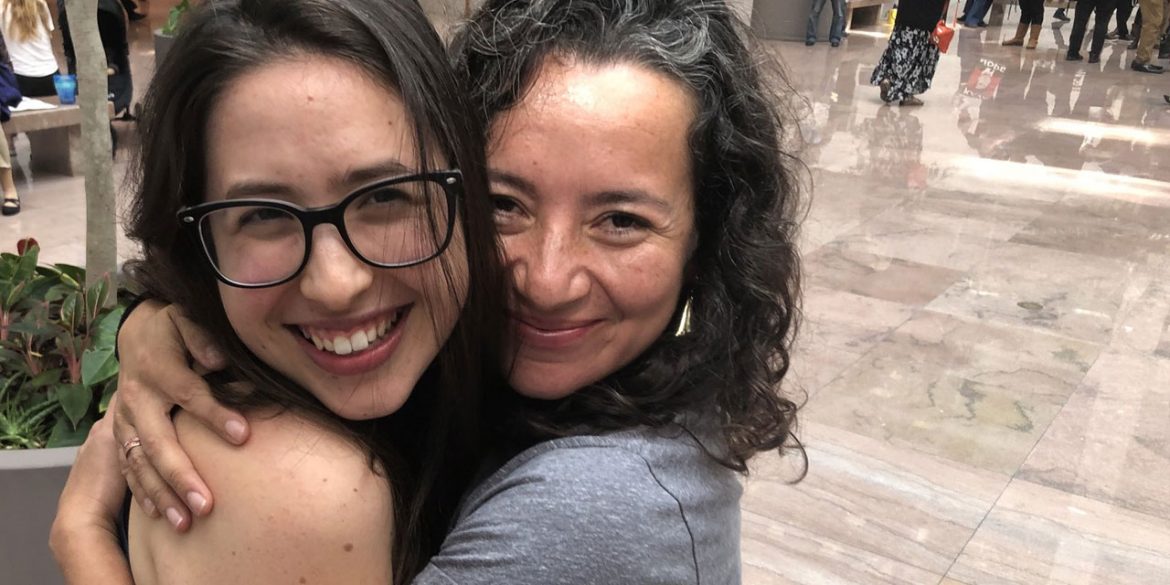 As sexual assault accusations swirling around a United States Supreme Court nominee turn Washington DC into a deafening roar, one voice may have risen above the noise: Colombian activist Ana Maria Archila.

A Senate committee was ready to pass through the nomination of judge Brett Kavanaugh, who testified Thursday about an alleged sexual assault, when Archila confronted one of the committee’s senators on Capitol elevator.

“What you are doing is allowing someone who actually violated a woman to sit in the Supreme Court,” she yelled at Arizona Senator Jeff Flake. “This is not tolerable. You have children in your family. Think about them. I have two children. I can’t imagine that for the next 50 years they will have to have someone in the Supreme Court who has been accused of violating a young girl. What are you doing, sir?”

NOW: @AnaMariaArchil2 confronts @JeffFlake before Senate Judiciary Committee. Shares her story of sexual assault and demands an explanation on his statement saying he will vote to confirm Kavanaugh. He refuses to answer. #StopKavanaugh @CPDAction @BeAHeroTeam pic.twitter.com/VUZI8C0XVM

Flake, a Republican who acts as a Congressional “swing vote,” is one of the most powerful voices in the Senate right now. Earlier in the day, Flake announced he was voting for the appointment of Kavanaugh. But as Archila and other sexual assault victims told their stories to him, Flake shrunk into the corner of the elevator. Archila is a Colombian activist for the organization Center for Popular Democracy and has lived in the US since 1997.

The video of her story captured national attention and seemed to shake Flake.

The senator walked into the committee hearing with a sour look on his face, requesting that the controversial nomination of Kavanaugh be pushed back so officials can investigate. If Flake has a change of fate, it might shift the trajectory of the nomination process and decades of judicial decisions in the country.

The move was unprecedented in many ways and prompted by Archila’s voice, which seemed to rise above the noise of political pundits.

“Do you think he’s able to hold the pain of this country and repair it?” Archilla said in the elevator. “That is the work of justice. The work of justice is you recognize harm and you take responsibility for it, and then you begin to repair it. You’re allowing someone who is unwilling to take responsibility for his own actions and own the harm he has done to one woman, actually, three women.”

Following the encounter between Archilla and Flake, the Federal Bureau of Investigations (FBI) said it would investigate the alleged sexual assault cases of which the Supreme Court nominee after which the US Senate will vote on Kavanaugh’s nomination.