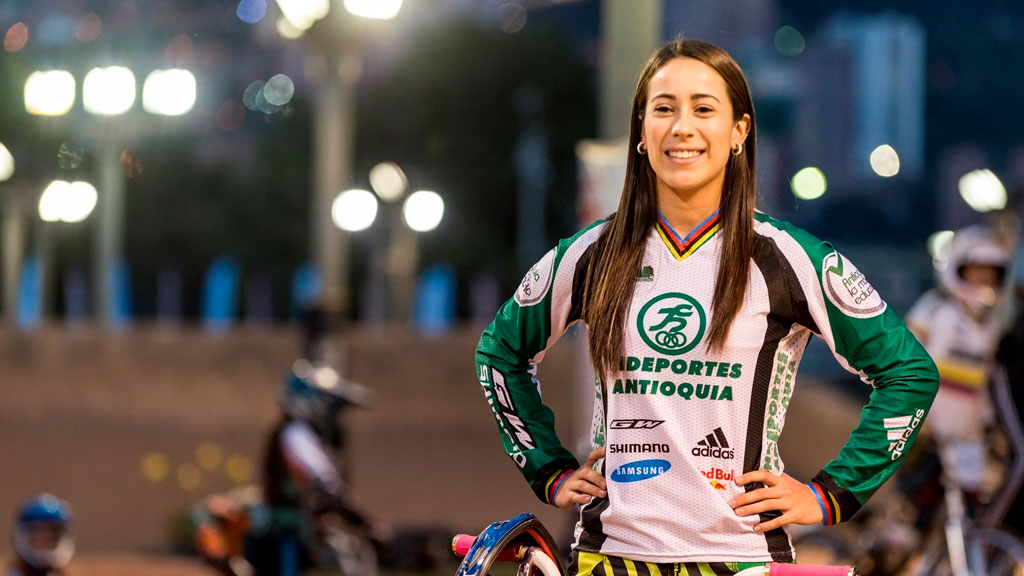 Pajon, having won the gold medal for Colombia in the 2012 London Olympics and sixteen other world championship titles, spoke proudly of her willingness to work for peace in Colombia.

“For me this is a huge responsibility and honor.  I worked to be Olympic champion and then came many responsibilities, and I realized that I could not only bring the country gold, but could also be a champion of peace and more,” said Pajon at a press conference in Bogota.

In this regard she stressed that the country “must believe in peace as much as an athlete believes she can achieve a result, as in my case to win an Olympic gold.  It has to come from within us for whatever we want in life, and Colombia needs peace, but it needs to believe in peace. ”

The rider also said that before being appointed by the UN as a champion of peace, she had begun to work through her foundation “Mariana Pajon, Pedaling for a Dream”.

“We have been in different parts of the country to train athletes and have a field in Medellin where we work with their families,” said the athlete, who also said she hopes to leave the best legacy to her followers in Colombia, in addition to the medal.

The Colombian athlete called for national unity regardless of political differences, religion or sports, and acknowledged that sport has changed the image of the country abroad.

“I have traveled for five years and have seen the transformation of how we were seen before and how we are seen now as Colombian, and I think that’s what every athlete should do,” she said.

The ceremony for the UN appointment was also attended by the coordinator of the United Nations in Colombia, Fabrizio Hochschild, and Director of UNDP in the country, Arnaud Peral.

In his speech Hochschild stressed that Pajon demonstrates that “her passion for sports can contribute to the service of a noble cause like peace and sustainable development.”

On the subject of sustainable development, the UN representative said it was vital to provide opportunities for a decent life.

“Young people come from Altos de La Florida in Soacha and are victims of displacement, and [in addition to] opportunities for education or work, there [has to be] sustainability, … peaceful ways to use the environment like water and forests that are vital in a mega-diverse country like Colombia.”

The signing of the appointment was led by the director of UNDP in Colombia, Arnaud Peral, who emphasized that “Mariana has tried to support many campaigns in the country and now has the ability to collaborate and contribute her example to places like Chocó, La Guajira, Tumaco and other towns, which seek to support the dreams of these young people in the effort to overcome poverty, so [her example] will help us build a better world. ”