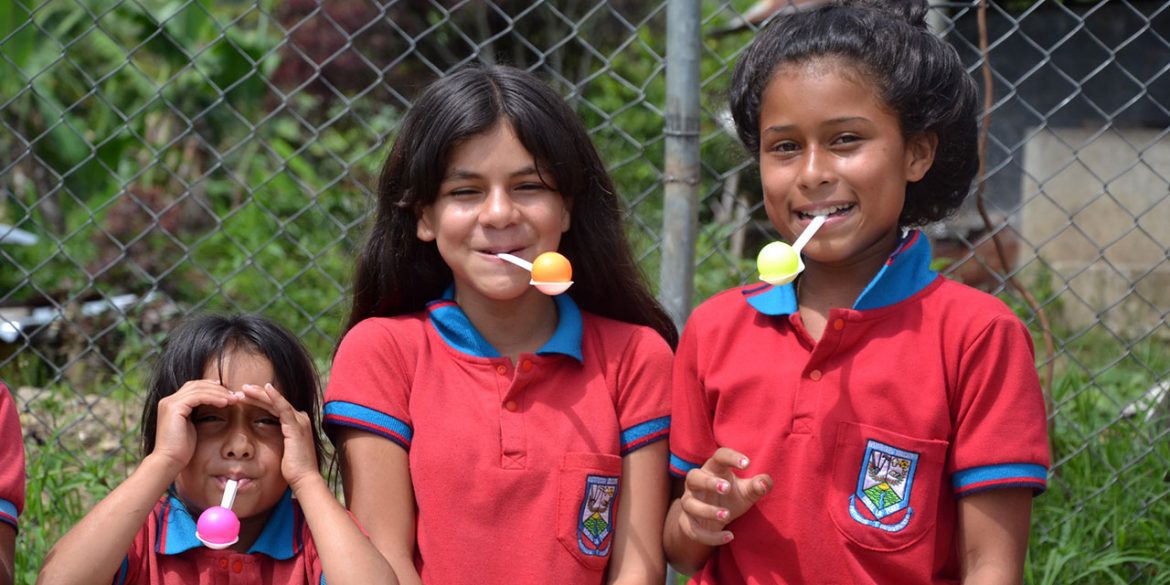 The Northern Antioquia Peace Bulletin is a grassroots initiative to provide a panoramic monthly report of the resurgence in violence in northern Antioquia and southern Cordoba, the implementation of the peace accords with FARC rebels, and development projects.

Ituango, Antioquia – Reports of a large incursion of the “Clan del Golfo” neo-paramilitary group in the rural sector of Santa Rita and the Rio Sucio Canyon. Civilians denounce the entry of 50-70 combatants into the region, in small commando groups.

Ituango, Antioquia – Colombia’s National Radio 92.3 arrives in Ituango. Ituango is the second location of Radios for Peace in Colombia, and the first in Antioquia. The radio station was part of the Peace Accord with FARC rebels, as outlined in point 6.5 of the accord, to promote a social and cultural program in the country’s most victimized regions.

Taraza, Antioquia – The army captures six National Liberation Army (ELN) guerrillas with assault rifles, grenades, and handguns. Among those captured are “Cañitas”, “Bamba” and “Tejo,” the second, third, and fourth in command of the ELN in Bajo Cauca. The top commander of the ELN’s Heroes y Martires de Tarazá Company in the Bajo Cauca region, “Guacharaco,” was killed last week.

Tierralta, Cordoba – The Prosecutor’s Office suspends the mayor of Tierralta, Fabio Ortiz, for three months while he is investigated for alleged irregularities in the handling of public order, which led to the death of several people. Ortiz and his chief of staff, Willington Ortiz Naranjo, gave the police explicit orders to clear one of the Ortiz family’s properties of squatters. The squatters all received death threats last month and at least two have been killed, including the social leader Maria del Pilar Hurtado.

Taraza, Antioquia – In the rural sector of El Silencio, the army facilitates an emotional reunion between six captured ELN guerrillas and their family members before being incarcerated. Several of the men captured by the army had joined the guerrillas as minors and their families had gone years without receiving any news from them.

Bajo Cauca, Antioquia – The police capture 16 alleged members of the “Caparrapos” neo-paramilitary group in the municipalities of Caucasia, Caceres, and Taraza. According to the police, the arrests close nine homicide and three attempted homicide cases.

San Jose de Ure, Cordoba – Reports of combat between the army and the Clan del Golfo neo-paramilitary group in the rural sector of Viera Abajo, resulting in one death and three captures.

San Jose de Ure, Cordoba – In the rural sector of El Cerro, the 67-year-old farmer, Manuel Osuna Tapias, is decapitated and his house burned to the ground. Osuna was a community leader and part of the Farmers Association of Southern Cordoba (ASCSUCOR). Osuna was a land rights defender and worked to promote the voluntary substitution of coca crops. Initial reports implicate the Caparrapos neo-paramilitary group in the murder.

Montelibano, Cordoba – In the 27th of July neighborhood, Johny Jose Jimenez Martinez, who had been missing for several days, is found dismembered in a manhole. The 37 year old was a businessman and part of the LGBT community.

Cordoba – Arquimedes de Jesus Rodriguez, also known as “Tomas Ojeda” during his time in the FARC’s 58th Front, announces his candidacy for the Departmental Assembly for the FARC political party.

Montelibano, Cordoba – Journalist Yamith Jhan is threatened and forced to leave the municipality for his own protection. According to Jhan, this is not the first time he is threatened.

San Jose de Ure, Cordoba – The army carries out a controlled explosion of anti-personnel mines placed in areas with high civilian traffic. The explosives were placed close to a communal fish farming project financed by the government. The mines had supposedly been placed the day before by members of the Clan del Golfo neo-paramilitary group.

Taraza, Antioquia – The Attorney General’s office announces charges against two people, including 22-year-old alias “Tripilla” for committing multiple homicides on June 24th at a carwash in the rural sector El Cinco. “Tripilla” is allegedly part of the Caparrapos neo-paramilitary group, which is currently at war with the Clan del Golfo.

Ituango, Antioquia – Pre-K teachers, part of the Buen Comienzo assistance program for young children, are denied entry to rural sectors by an armed group for not paying a 10 million peso ($3,000) extortion fee. This results in classes being suspended for a week.

Twelve families are displaced from the rural sector San Agustin Leones due to threats from armed groups.

Taraza, Antioquia – The army destroys an airfield used by the Caparrapos neo-paramilitary group in the rural sector of El Noventa. The airfield was large enough for small and medium aircraft to land and take off with up to two tons of cargo.

Valdivia, Antioquia – The mayor of the municipality, Jonas Dario Henao Cardona, is threatened by the Clan del Golfo for not paying extortion. The neo-paramilitary group demanded a payment of 80 million pesos ($24,000) for projects that were being carried out in rural sectors of the municipality. The mayor’s security has been reinforced.

Tierralta, Cordoba – The Farmers Association of the Upper Sinu (ASODECAS) releases a communique denouncing the existence of a large open-pit coal mine in the rural sector Palmira. According to the local organization, the illegal mine is causing severe damage to the ecosystem and water sources. The mine is allegedly guarded by an illegal armed group. The organization demands a government response.

Ituango, Antioquia – The army announces the transfer of three platoons to the rural sector of San Agustin Leones after dozens of families were displaced due to fighting between armed groups last week. These troops are part of the three elite units, of around 150 men, sent by the 4th Army Brigade to reinforce the municipality’s security. The troops were sent via land and air to the remote region to disrupt communication and supply routes of the Clan del Golfo neo-paramilitary group and FARC’s 18th Front dissidents. The two groups are currently waging war over the strategic territory.

Ituango, Antioquia – The army makes contact with the Clan del Golfo resulting in the death of three combatants and the seizure of the three assault rifles, two handguns, and explosives.

HidroItuango, Antioquia – The National Environmental Licences Agency (ANLA) announces a 1.7 billion peso ($518,000) sanction on HidroItuango for excavating a tunnel without the necessary licence.

Ituango, Antioquia – The community holds a forum to unite students and teenagers with prospective candidates in the upcoming municipal election, to construct a platform that focuses on youths. The October elections promise to have the largest number of young candidates and youth participation seen in the municipality. The event was supported by the Organization of American States, United Nations, and USAid to promote the consideration of the young in the development of public policy.

HidroItuango, Antioquia – A preliminary report by the nation’s Comptroller General’s Office estimates the fiscal loss due to the construccion of HidroItuango to be more than 4 trillion pesos ($1.2 billion). According to the Office, the megaproject did not have enough studies in feasibility and engineering, and lost 1.1 trillion pesos ($330 million)  in earnings and 2.9 trillion pesos ($871 million) in value.

Puerto Valdivia, Antioquia – Empresas Publicas de Medellin (EPM), the majority owner of HidroItuango, begins payments for the houses structurally damaged during the April 2018 dam emergency. The families shouldreceive 80% of the payments for repairs, and the final 20% after providing evidence of the repairs being carried out.

Ituango, Antioquia – Firefights and the placement of anti-personnel mines by armed groups lead to the confinement of entire rural sectors, and the displacement of 41 families from the rural sectors of San Pablo, San Agustin Leones, and Canturrona.

Ituango, Antioquia – A commission of the Mayor’s Office, United Nations, National Reincorporation Agency, FARC, army, police, and community leaders agree on the continued viability of the reincorporation zone for former FARC rebels (ETCR) in the rural sector of Santa Lucia. During the last two months, the national government had considered closing the ETCR, one of several set up across the country as part of the Peace Accords, due to the poor security situation in the area.

San Jose de Ure, Cordoba – Twelve families are displaced due to fear of the heavy presence of the Clan del Golfo and Caparrapos, who are currently at war with each other. The families come from the same rural sector where, on the previous week, an armed group decapitated and burned the house of a community leader.

Southern Cordoba – Arnobis Zapata, spokesperson for the local organization ASCSUCOR, warns that close to 3,000 farmers are close to returning to growing coca crops due to the government’s noncompliance with the National Program for the Substitution of Illicit Crops (PNIS). According to Zapata, the government has not financed productive projects that would generate legal income for families that signed up for the PNIS, and 30 to 40 farmers have gone to other departments to work in the production of coca paste in the meantime.

Ituango, Antioquia – Leandro Chavarria, a FARC ex combatant in the process of reincorporation is gunned down in the coffee shop La Primavera, 50 meters from the police command station. Chavarria, also known as “Patecaballo” during his time in the 18th Front, was from the rural sector of San Agustin Leones, an area heavily disputed between armed groups.

Southern Cordoba – The governor’s office and the mayors of the southern Cordoba municipalities sign the “Pact for Life and Peace in Southern Cordoba,” reaffirming the institutional commitment to protect the lives of communities and leaders during this time of unrest.

Tierralta, Cordoba – An 18 year old is displaced from rural sector Mazamorra after being beaten and threatened by Clan del Golfo members, for being part of the LGBT community.

HidroItuango, Antioquia – The HidroItuango dam wall reaches its intended height of 225 meters after 65 months of construction. EPM states that the goal reached lowers the risk for communities downstream and will permit the opening of road access to the municipality of Ituango, which has been restricted for over a year. Despite the completion of the wall, EPM still expects it to take at least another two years to get the hydroelectric plant producing energy.

Ituango, Antioquia – A meeting of the Committee of Transitional Justice is held with members of the mayor’s office, the Victim’s Agency, the Ombudsman’s office, UN, army, and community leaders, to evaluate the situation of the displaced families in the rural sector of Santa Lucia.

Medellin, Antioquia – John Neison Sepulveda, alias “Garbanzo”, and Jonathan Carvajal Holguin are sentenced to 36 and 30 years respectively for their role in the murder of three geologists. The geologists of the multinational mining company Continental Gold were gunned down in a remote rural sector of Yarumal municipality in September 2018. According to authorities, “Garbanzo” was part of the FARC’s 36th Front  dissidents, and Jonathan part of an ELN faction known as La Luminosa.

Ituango, Antioquia – In the neighborhood of Los Colores, five alleged drug consumers are shot and injured. The identity of the assailants is unknown but FARC dissidents circulated pamphlets last month warning street dealers and drug users of a social “cleansing.”

Ituango, Antioquia – At a routine police checkpoint, alias “Cucuyo” of the Clan del Golfo is arrested. According to the authorities, “Cucuyo” was second-in-command of the armed group in the Baudo, Choco region on the Pacific coast, where he was among the most wanted by local security forces. Investigations indicate that his superiors sent him to the Paramillo region to reinforce the neo-paramilitary group in the area.

Colombia – Candidates for mayor and for municipal councils in all the municipalities that make up the Nudo del Paramillo region sign up for the October elections.

Ituango, Antioquia – In the rural sector of Palo Blanco, a 16 year old is killed. Unknown gunmen shot the teenager five times before fleeing the scene.

HidroItuango, Antioquia – EPM’s CEO, Jorge Londoño, tells the media that the cost of the emergency of the dam project is projected to reach 3.9 trillion pesos ($1.2 billion). The megaproject, which had an original cost of 11.4 trillion pesos ($3.4 billion), is now expected to cost 15.3 trillion ($4.6 billion).

Want to support the bulletin? Send comments and tips to velacolectivo@gmail.com