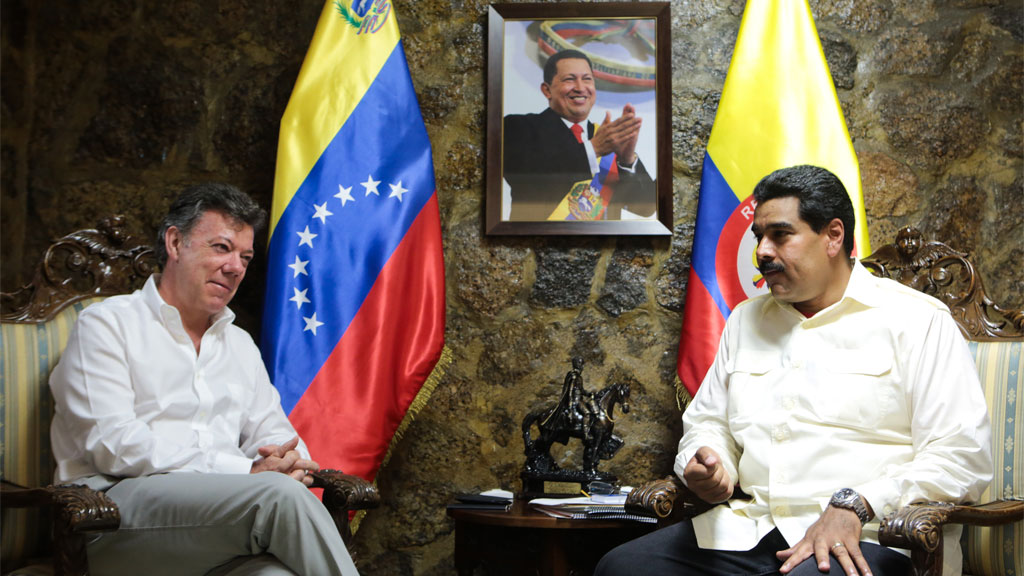 Pastrana and former Chilean President Sebastian Piñera traveled to Venezuela on Sunday to attend a forum on democracy organised by the opposition party and to visit Lopez in prison.

However, when they tried to gain access to the prison, they were met by at least 40 troops with shields and riot gear from the Venezuelan National Guard and were denied entry.

Venezuelan opposition leader Leopoldo Lopez was imprisoned almost a year ago over allegations that he incited violence during anti-government protests which resulted in the death of more than 40 people.

Piñera and Pastrana said that they were in Venezuela to support the opposition and have called for the release of Lopez.

However, Venezuelan President Nicolas Maduro accused the former leaders of taking part in a coup plot against him and supporting illegal groups in Venezuela.

Maduro said at the time of the event that they “may enter Venezuela, but it should be clear that they come to support a far-right group known to the Government.”

The accusation that Pastrana was in bed with illegal armed groups in Venezuela forced Colombia’s foreign ministry to take an anti-Maduro stance that it has refused to take ever since President Juan Manuel Santos took office in 2010.

Additionally, Bogota said that “we hope Leopoldo Lopez recovers his freedom as soon as possible.”

It didn’t take long for the Venezuelan government to respond to the Foreign Ministry’s press statement.

“We regret that the Colombian Foreign Ministry endorses positions against the Venezuelan democracy and the constitutional government of President Nicolas Maduro. This position constitutes a dangerous setback in bilateral relations,” said Caracas in a statement.

The bilateral ties between Venezuela and Colombia have only been somewhat stable since Santos took office in 2010.

Meanwhile, Bogota was unable to take an explicit position as the economic, political and human rights situation in Venezuela worsened after Maduro took office in 2013.

This period of walking on diplomatic eggshells ended on Tuesday when Bogota openly sided with Venezuela’s conservative opposition.