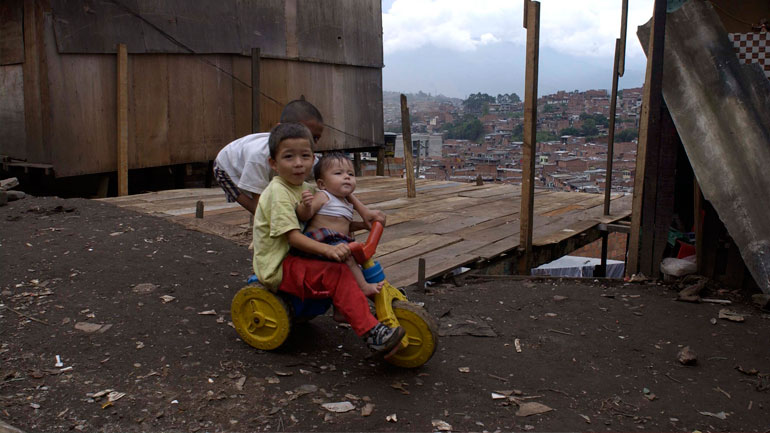 More than half of Medellin goes to bed hungry: Study

More than half of Medellin’s 2.5 million residents do not have access to three meals a day, revealed the city’s food bank in a recent study.

In some of the city’s impoverished areas, this figure rockets to a staggering 89%.

A study released by Medellin’s Archdiocese Food Bank has revealed the number of people in Colombia’s second largest city that are not able to eat three times a day. Districts in the northeast and west of the city are reportedly the most in need. In Santo Domingo 82% cannot access sufficient food and in the Manrique district this figures jumps to 89%.

Government statistics claim that 14.7% of Medellin’s citizens live in poverty, which raises questions over the government definition of poverty when considering 52% of residents cannot access sufficient food resources.

The Archdiocese Food Bank is one of Colombia’s 19 food banks, distributing food across 84 municipalities in the western province of Antioquia, feeding 76,000 (some 20,000 families) through 264 different social organisations, including protection centres for children and the elderly. Through the provision of food to this communities they aim to bring hope and mobilize citizens.

The Director cited the huge amount of food wastage as a key reason but also a potential solution to the issue of hunger across the province of Antioquia.

He quoted that each year in Colombia 1.5 million tons of food are thrown out, this is 110,000 tons in the northern region of Uraba, and 120,000 tons across Medellin and other parts of the province Antioquia, together forming 15% of the country’s food wastage in the western province.

29% of food that reaches Medellin is grown in the province of Antioquia. Through recovering food the costs of food provision are reduced by 80%, and of these costs the church reportedly supplement 90%.

The Archdiocese Food Bank has a 12 year plan to increase food security that they aim to put into action by the end of 2015. This plan is not only in the provision of food through reducing waste and recovering much of this at much lower cost than the initial purchase, but also to develop investments with private and public efforts across the city, “motivating production, trade and the entire supply chain”.

Ana Catalina Suarez Pena, Director of National Association of Food Banks in Colombia ABACO explained the possibilities of reducing this wastage, food that is “lost in the manufacturing process, of the post-harvest and marketing”, she claims that much of this is due to presentation, low market turnover or poorer quality. In turn this however provides a resource for the food banks of Colombia.

Archdiocese Food Bank Director Bonilla reported how in a year 21,000 tons of food were recovered by the food banks, however this figure is still minor in contrast with the 1.5 million tons lost in the country largely due to air, water and land contamination.

In 2012 the banking group Citibank, in collaboration with the Wall Street Journal celebrated Medellin as the “Innovative City of the Year”, due to the city’s “rich culture and impressive strides in urban development”.  An analysis of 2014 showed that Medellin had the highest growth in employment (2.4%) and income per capita (up 4.2%) of 21 of the largest cities in Latin America. As such the global perspective of the city is of one that has evolved greatly.

However studies such as these only serve to illustrate a huge disparity within the city, issues that are themselves evolving in the presence of the country’s ongoing conflict.

The 50 year war with the rebel group the FARC has created a huge amount of displacement, with figures from the end of 2014 showing over 6.014 million individuals forced to leave their homes. As a result of this many flock to the cities for shelter and food. Additionally, government statistics show that in rural areas 41% live in poverty, where this figure is reduced to 13% in cities. With this increased movement of typically poorer from rural areas the strain on the city and resources is increased.

The World Network of Food Banks Vice President Christopher Rebstock has furthermore reported that 4 in 10 Colombians do not have enough food to lead healthy, active lifestyles. He noted that the 19 food banks across the country lack commitment, claiming “more commitment from employers and governments is needed”.

Government statistics reported last December that in a country of 48 million inhabitants, 13 million are poor and 4.5 million live in extreme poverty. With these statistics the nation celebrated the achievement the goal set by Millennium Development Goals (MDGs) of reducing poverty to 28.5% and extreme poverty to under 8.8%.