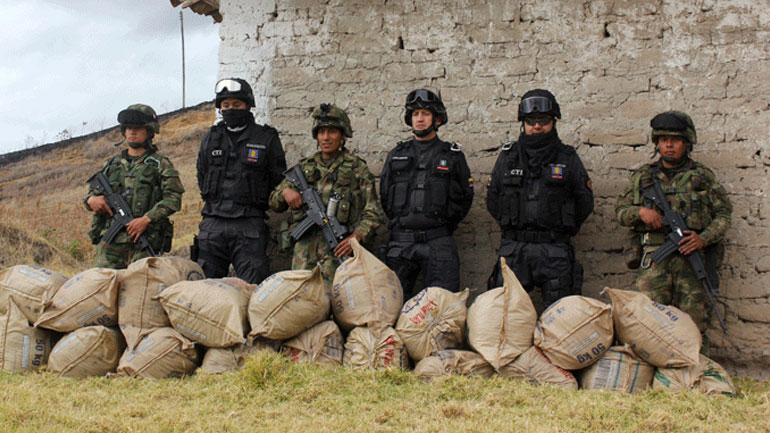 The Colombian military seized a ton of explosives allegedly belonging to guerrilla group the ELN on Monday in the southwest of the country.

A statement from the prosecutor general’s office revealed that the police force, the national army and the prosecution’s Technical Investigation Team “seized a ton of explosive ANFO material, camouflaged in bags of sugar,” in the town of Guaitarilla in Nariño province.

The military said that the explosives belonged to the Comuneros of the South front of Colombia’s second largest guerrilla group, the ELN, present in the province of Nariño.

The ton of ANFO was hidden in 21 bags of sugar, each one weighing 50 kilos.

The army explained that with that amount of explosives the guerrilla could have made ten car bombs, 100 explosive cylinders and 800 anti-personnel mines to use against the civilian population, the Armed Forces and the state infrastructure in the municipalities of Samaniego, La Llanada and Santacruz de Guachavez.

Including this confiscated explosive material, now in the possession of the Prosecutor General’s Office, 5,560 kilos of explosives have been seized by the army in Nariño so far this year during continuous territrial operations.

The Prosecutor General’s Office added that nobody was captured during the operation.

The ELN have been in exploratory talks with the Colombian government with the aim of possibly joining the current peace process between the State and the largest guerrilla group, the FARC in order to resolve the decades long civil conflict between the government, paramilitaries and guerrilla organizations.