All the individuals threatened have left-wing political leanings.

The letter, published by El Espectador contains personal threats towards all four individuals claiming them to be terrorists and communists and that they must leave politics or lose their lives.

According to the self-proclaimed neo-paramilitaries, their “real leader” is “the best Colombian president of all time,” Alvaro Uribe, who already is facing criminal investigations over his alleged involvement with the creation of a paramilitary group in his home state of Antioquia.

The threat was received the same day as media revealed that other left-wing politicians had received death threats from anotehr neo-paramilitary group, the Rastrojos.

The neo-paramilitaries, called BaCrim or criminal bands by the government, were formed during the demobilization of paramilitary organization AUC during the first presidential term of Uribe.

The groups are primarily active in drug trafficking, but are using conservative rhetoric to justify acts of political violence. 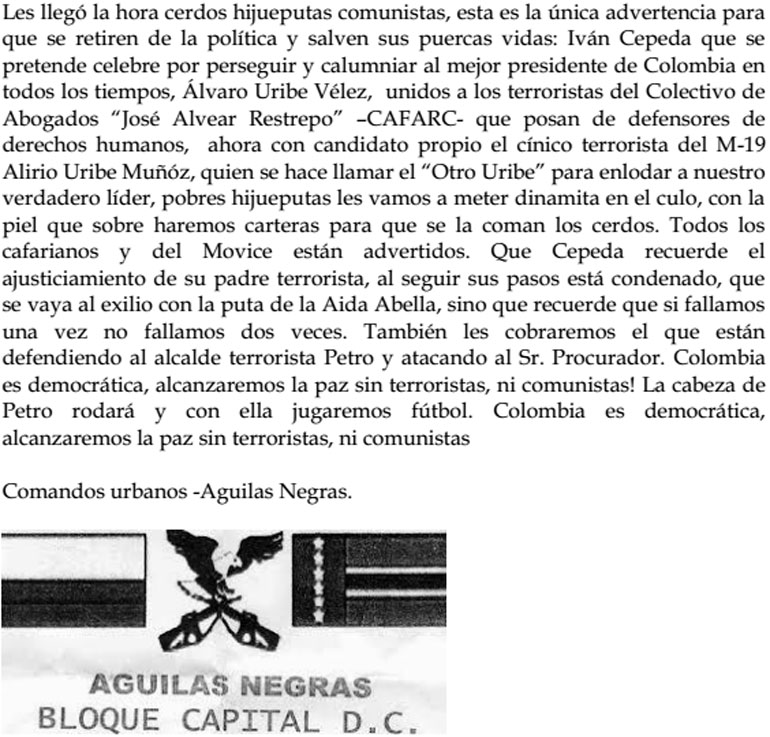