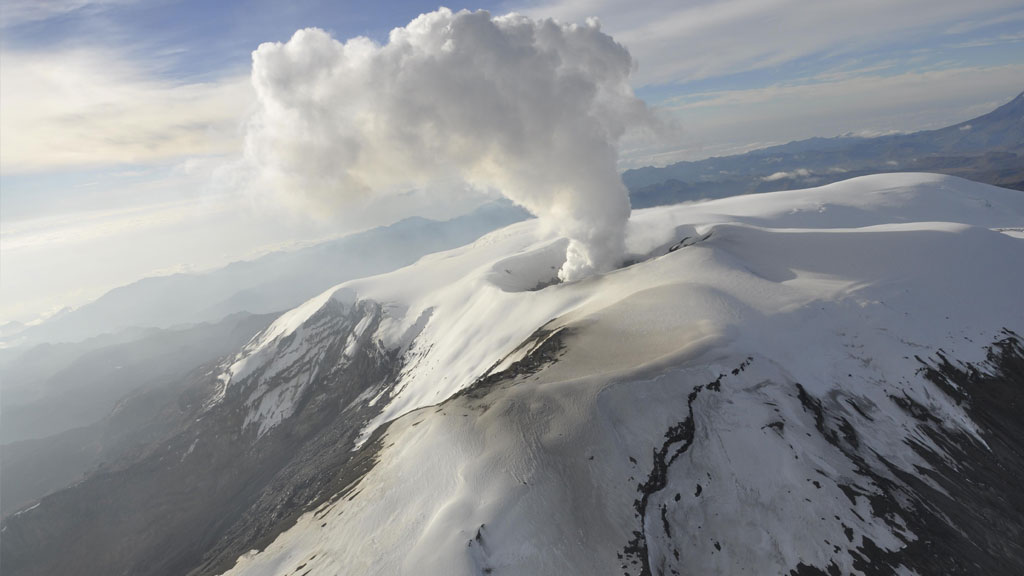 Colombia’s snowy peaks of the Andes mountain range, an important source of fresh water in the country, may completely disappear in the next three decades, according to authorities.

The glaciers, which were once a continuous stretch of ice and snow across the Andes, one of the highest coastal mountain ranges in the world, are shrinking at a rate of 3% annually.

The El Niño weather phenomenon, reduced precipitation, and loss of snow accelerates the process, according to Ricardo Lozano, the former director of Colombia’s meteorological institute IDEAM.

“The impact of lost glaciers manifests mainly in the rural water supply,” Lozano is quoted in El Colombiano.  “It would be interesting to delve into the impact that loss of water resources would have for different sectors of the economy,” noting that further glaciar research is needed.

The Sierra Nevado de Santa Marta, located on the Caribbean coast, is recognized by UNESCO as a biosphere reserve and World Heritage site, and its glaciers should be considered beyond their aesthetic appeal, notes the coordinator for Geosciences and Coastal Research included in the report.

Glaciers are a “natural water factory,” according to IDEAM, “and the masses of ice on the surface, along with other mountain components, create lakes and wetlands.  These water bodies are water reservoirs that capture rain and runoff.”  Snow and glacier areas also reflect sunlight which helps to keep the planet cool.

Water shortages are already something that Colombia has had to content with in recent years.  Last year a summer drought deprived entire municipalities of water, killed livestock and adversely impacted the agricultural industry.

IDEAM stands for the Institute of hydrology, Meteorology, and Environmental studies, and works closely with the World Glacier Service (WGMS) to study glaciers and the reciprocal impact of climate change.  WGMS collects information on more than 250 glaciers around the world and has been studying glacier changes since 1894.

An IDEAM report issued in 2013 stated the mass of Colombian glaciers has been reduced by 85% since 1850,  and there are only six remaining glaciers in the country.  The largest is El Cocuy in the Sierra Nevado near the northeastern state of Boyaca.