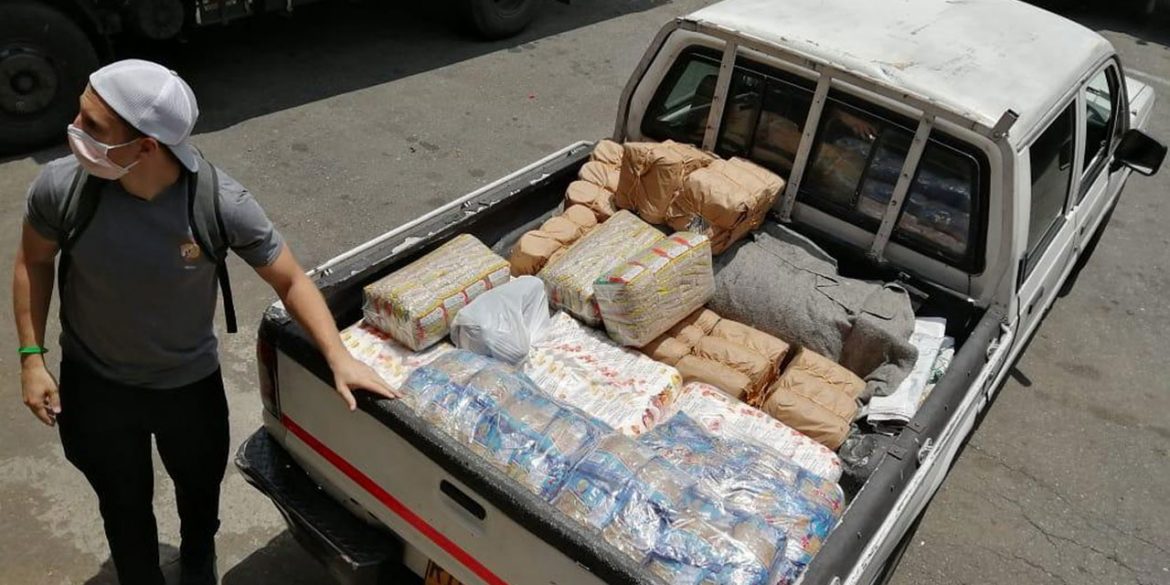 Medellin’s homeless in ‘desperate need of food and other resources’

While Medellin’s city hall is highlighting successes in combating the coronavirus, widespread hunger caused by the pandemic forces locals to jump in to provide relief.

Weeks before COVID-19 reached Latin America, it was already apparent that the pandemic would likely take a disproportionately heavy toll on the region.

The day food stopped being put on the table 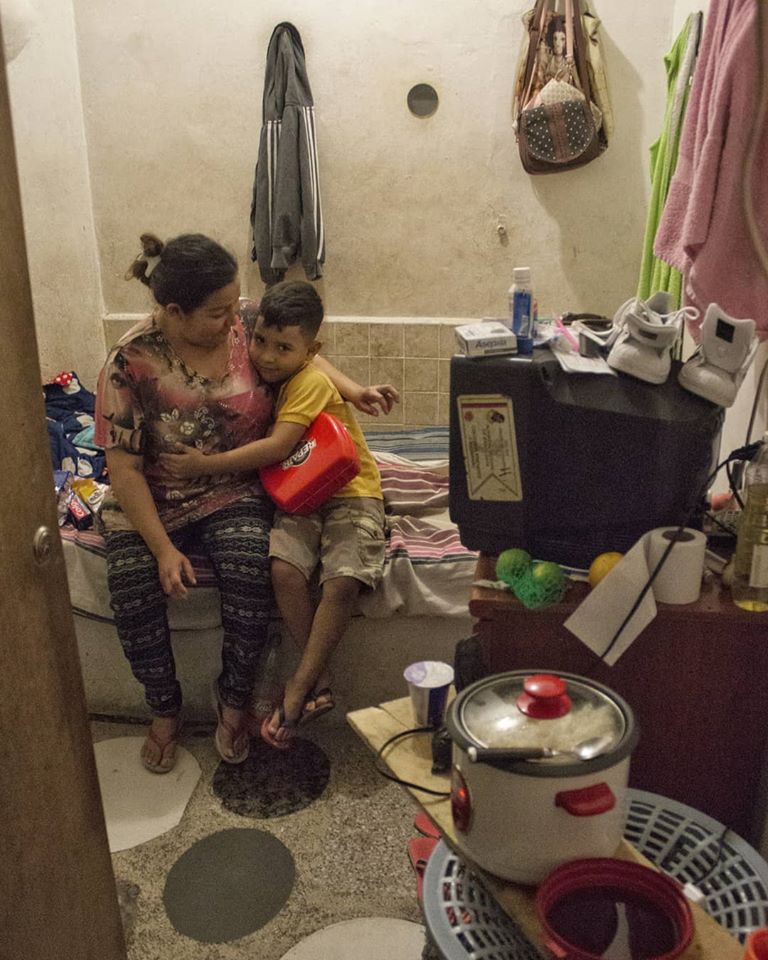 When the government of President Ivan Duque ordered a lock-down on March 25, however, the immediate consequences  for the millions of informal workers left without income and food overwhelmed government on all levels.

The two decided to raise funding and partner with friends and neighbors to deliver aid packets of non-perishable food to hundreds of families in Medellin’s city center as well as to neighborhoods La Iguana, Alta Vista, 20 de Julio and Las Independencias.

From the food kitchen to the hungry 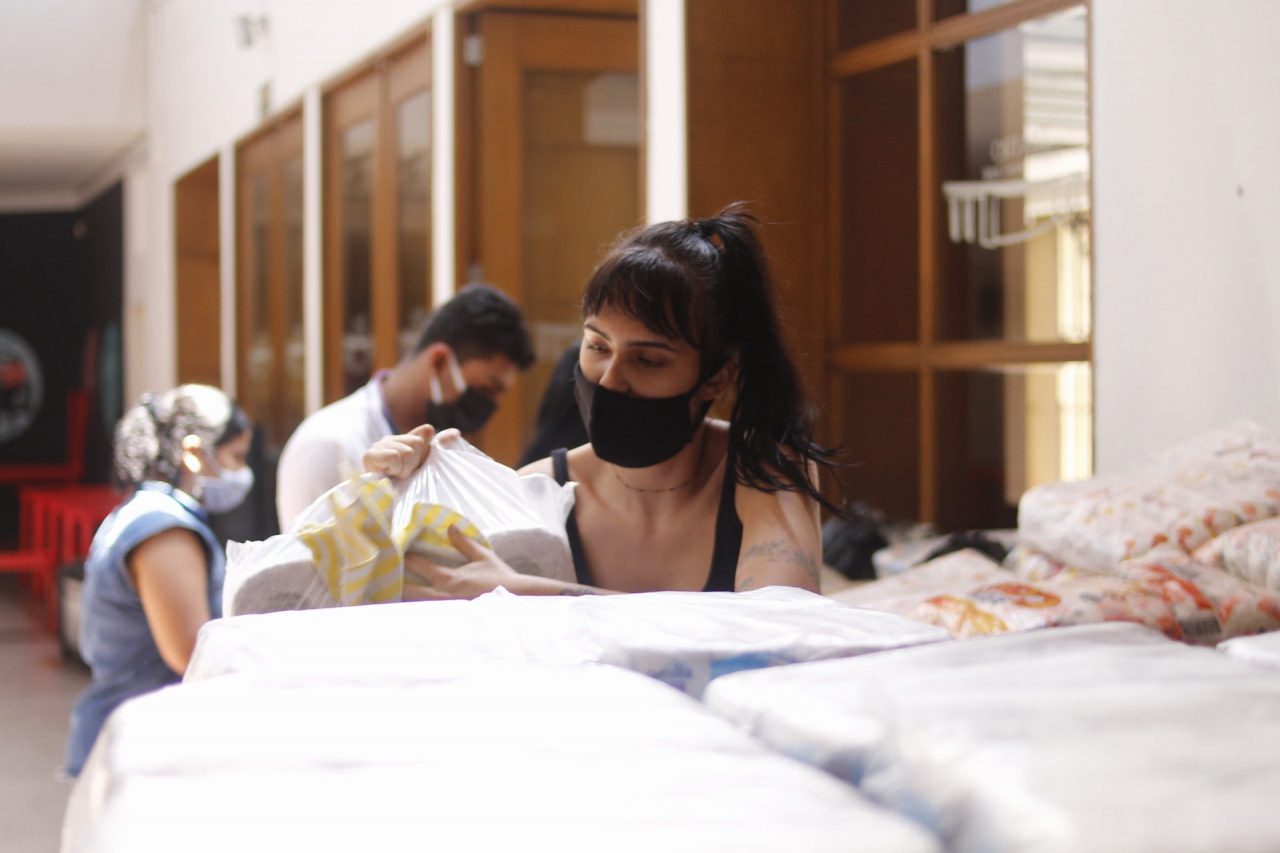 With the added support of a kitchen space offered by the Pablo Tobon Uribe theater, a group of Colombians and foreigners were also able to cook and pack small snacks to deliver to more than 800 homeless and individuals living in hostels without cooking equipment around Medellin’s city center. Members of the group also delivered packed lunches to over 190 prisoners at the Bellavista prison.

“On Sunday I went to a hostel where 50 people, many of them families with elderly or small children, stay for about $3 per night,” Glade said.

Most of the people in the hostel pay day rates with money they earn selling sweets or fruit in the streets. People old and young were living in dire situations. Because of the forced quarantine in Medellin, these people have not been able to work since March 25 and are in desperate need of food and other resources.

The efforts, which the group aims to continue for the duration of the crisis, include delivering beans, toilet paper, crackers, ice, cookies, pasta, and other items. The group also provided single meals of rice and vegetables to more than 380 people including people in hostels and those living on the street.

Duque stated that evictions would be banned during quarantine but many city center motel owners have reportedly been threatening residents with eviction if they cannot pay their day rates, adding to the stress for those who already live day-to-day in normal ‘non-crisis’ conditions.

According to the 2019 DANE census, about 3800 people are homeless within the Valley around Medellin.  This figure, however, does not accurately account for the current situation.

“We already knew how many homeless people there were in the city,” Laura Kate Correa, a spokesperson for NGO Fundación Visibles, told the Bogota Post. “However we had no idea how many informal workers there were.”

As informal workers approach several months under restrictions, the situation could become a much larger humanitarian crisis if action is not taken. The city’s two homeless care centers are already full while temporary shelters face huge demand.

The local government has pledged to continue to provide the homeless population with primary healthcare such as taking their temperatures and looking out for potential respiratory coronavirus symptoms. Nonetheless, there are fears that not enough is being done to protect the region’s most vulnerable despite Mayor Daniel Quintero’s early attempts to prepare for the pandemic.

The course of this pandemic has the potential to sharpen grievances about inequality that drew millions of protesters onto the streets of many Latin American countries late last year. While this health crisis poses an opportunity to rethink the region’s structurally unequal social contract in the long-term, the city’s homeless population do not have the luxury of thinking so far ahead.

For the moment, the most vulnerable are relying on the selfless energies of others and a mix of private and public support to survive this “new normal.”