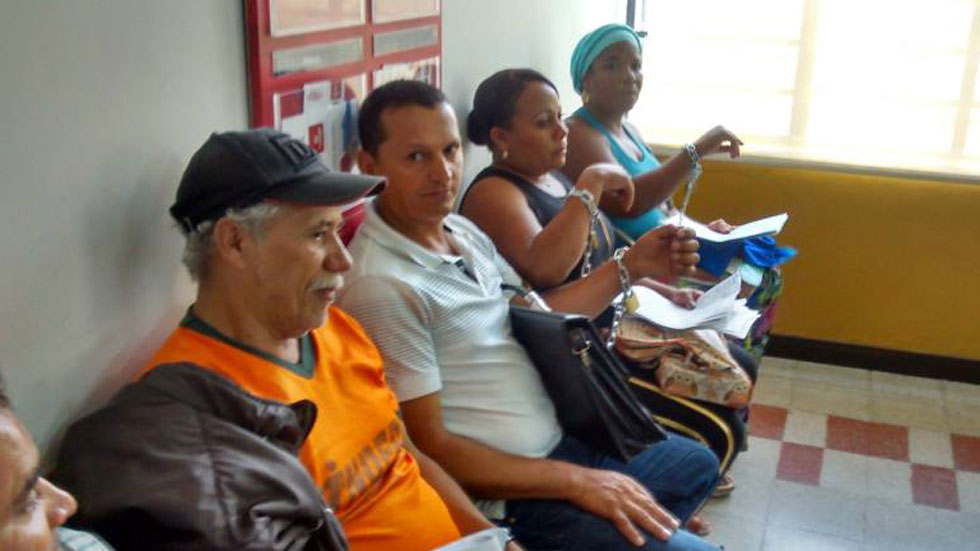 More than 300 victims of Colombia’s armed conflict have been holding peaceful, but fierce protests in Medellin this week to demand the government grants them their due compensation.

The victims have been demanding humanitarian aid, psychological support and economic reparation for victims of Colombia’s armed conflict.

The victims included parents who are still looking for their missing children and many people who had been displaced as a result of the conflict.

The group chained themselves together in Plaza Mayor, Medellin to draw the attention of the Government of Antioquia, the Medellin Mayor’s Office and the Victims Unit.

“We have spent two weeks denouncing the lack of reparations and humanitarian aid, as well as the delays in compensation,” the leader of the protests, Orlando de Jesus Giraldo, told newspaper El Tiempo.

Giraldo, a social leader and human rights defender, said that his personal humanitarian aid was suspended a year ago because he supposedly owned the house he lives in. However this was untrue, and even when he showed proof that he did not own any property, officials refused to comply with his requests for help, he said.

On Wednesday, the Victims Unit of the Antioquia province, the Government Secretariat and the Ombudsman’s Office held a meeting with the protest leaders in an attempt to reach an agreement and put an end to the peaceful protest.

Alzate also added that both sides will continue to discuss the concerns of the group and review the provision of humanitarian care for people in vulnerable situations.

Medellin newspaper El Colombiano reported Thursday that the victims decided to lift their protest after their demand to talk to Jara, himself a war victim, was granted.