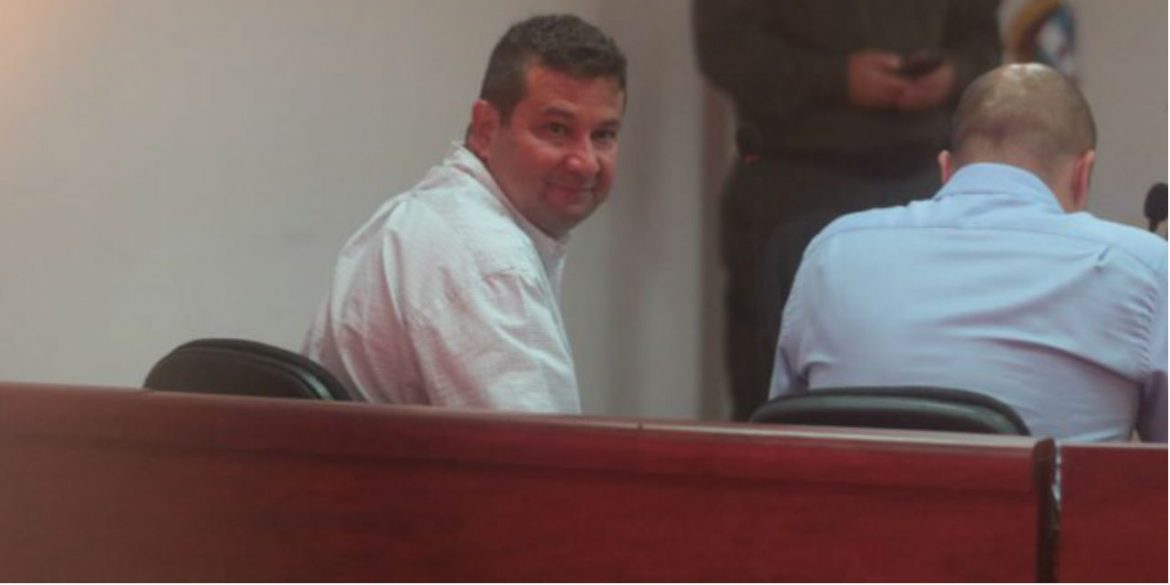 The mayor of a town in the south of Colombia was arrested on Saturday over his alleged involvement in the murder of a social leader last year.

Miguel Antonio Rico, the mayor Pitalito in the Huila province, was captured in the capital Bogota for allegedly ordering the murder of lawyer and social leader Luis Gerardo Ochoa.

The public official was indicted on Sunday in Neiva, the capital of Huila.

The victim was the brother of Jimena Ochoa, one of the 60 victims of Colombia’s armed conflict that contributed to peace talks with the now-demobilized FARC guerrilla group. He was gunned down on April 7, 2017 at his office in the town.

The murder took place at the time of the sale of a property in the municipality with local media reporting that this may have been a factor in the motive.

Ochoa was representing a client who had raised concerns about a land deal between a Christian Church group and the construction company Asoginco Apartamentos S.A.S, who were due to carry out the construction of houses on the site.

The lawyer was targeted as he investigated concerns by the Foundation Center of Love and Training of Entrepreneurship,  that it was being swindled in the deal by Mauricio Parra and Cesar Alberto Sierra, the owners of the construction company.

According to local media, Ochoa’s initial investigations found that Parra had been in prison for drug trafficking, while also having alleged links with the FARC guerrillas.

Ochoa also raised those concerns in the mayor’s office, leaving the secretary of planning and legal advisers with copies of the complaints he had received.

The assassin to be a victim of the suspected property scam made an appointment to see the lawyer. Ochoa was later found dead in his office chair with several gunshot wounds.

Security cameras in the building managed to capture images of the assassin who was later identified as Eduardo Villanueva Murcia also known as “El Duende.”

“El Duende” was sentenced to 8 years and ten months in prison after accepting his responsibility as the material perpetrator of the crime committed in Pitalito.

Villanueva however is reported to have reached a preliminary agreement with the Prosecutor’s Office to reduce his sentence for further compliance with the law after admitting that he was paid roughly $17,400 to carry out the crime, reported local media.

According to RCN Radio, Mayor Rico was enjoying a holiday that was due to last until September 6 when he was picked up by authorities amid suspicions that he was the author of the assassination.

Rico, who left Secretary for Health, Sofia Ortiz Parra in charge of the municipality was using the 45-day vacation to meet lawyers and plan his defense against the expected charges, reported the same source.

The murder of Ochoa comes as a wave of violence against social leaders, human rights activists and journalists grips Colombia.

Colombia’s Defense Minister Luis Carlos Villegas has denied the existence of the Aguilas Negras and has clashed with Inspector General Fernando Carrillo who claimed recently that members of the security forces are taking part in the mass killing of leaders.

More than 311 social leaders have been assassinated by death squads and assassins since 2016, the year a peace process began with demobilized guerrilla group FARC.