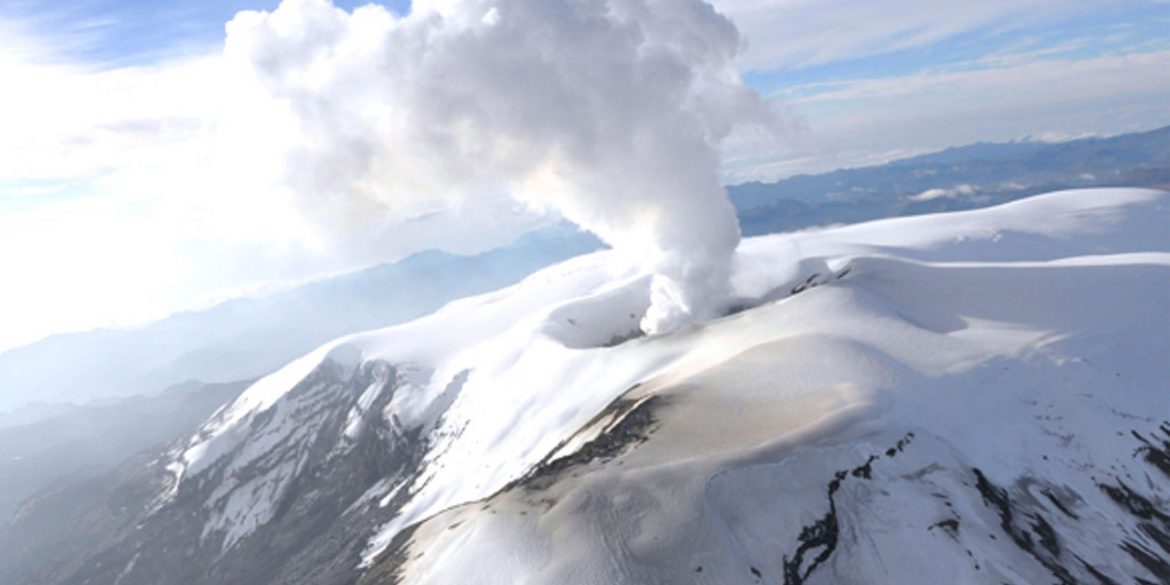 A significant increase in earthquakes in central Colombia may be an indicator of volcanic activity within the Nevado del Ruiz volcano, which erupted and killed at least 20,000 people in 1985.

Authorities have warned residents in the area under the volcano to be vigilant with the director of the Caldas Vulcanological and Seismological Observatory, Maria Luisa Monsalve confirming to local media that there have been 560 earthquakes in the past since Saturday.

‘We call on the community in the volcano’s area of influence to be attentive and keep this situation in mind’, said Monsalve.

Monsalve explained that the mountain mass is emitting water vapor and gases into the atmosphere, including sulfur dioxide, captured by cameras set up in the snowy area.

While the official acknowledged that there is an acceleration in the seismic process with a greater instability of the volcano, she warned against panic reaffirming that it is under constant surveillance.

The increase in the number of earthquakes has raised concerns about volcanic activity in the Nevado del Ruiz volcano.

At 17,457 feet tall, the Nevado del Ruiz is one of Colombia’s most hulking volcanoes, with an eruptive history stretching back 1.8 billion years. The volcano is characterized by pyroclastic flows that cause mudslides, or lahars.

Nevado del Ruiz is the northernmost of the active volcanoes in the Andes Volcanic Belt.

It lies 28 kilometers southeast of the city of Manizales, 220 kilometers from the nation’s capital Bogota and is part of the Pacific Fire Belt.

It erupted on November 13, 1985, resulting in the greatest natural disaster in Colombia’s history, leading to the deaths of more than 20,000 people and the disappearance of the Armero town.

Meanwhile on Monday afternoon an earthquake of magnitude 4.7 on the Richter scale was recorded in several locations in central and southern Colombia.

Authorities confirmed that the ‘quake had been felt in Armenia, Cali, Ibague, Pereira, Popayan and Florencia with the the Seismological Observatory of the Southwest indicating that its epicenter was 35 kilometers from Planadas in the Tolima province.

The snow-capped region “is an area that has geological faults; in the past 6.2 earthquakes have been recorded very close to the volcano, Marta Lucia Calvache of the Colombian Geological Service explained to local media.

With such earthquakes becoming more prevalent, 5,100 recorded between last Saturday and Monday, residents in the provinces of Huila and Caldas have been put on yellow alert.