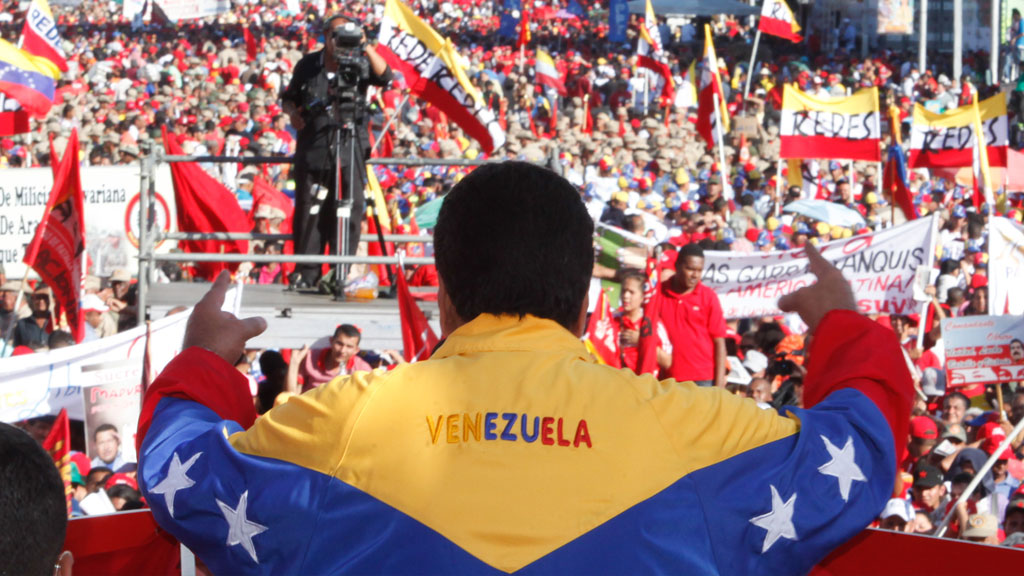 Venezuelan President Nicolas Maduro on Sunday warned his Colombian counterpart, Juan Manuel Santos, to agree to bilateral talks over an ongoing border crisis or there will be no high-level meeting over crime and displacement in the border region.


Santos last last week put conditions on the talks after initial diplomatic attempts to curb the tensions failed and Venezuela suddenly began deporting Colombian citizens and some 10,0000 others fled the neighboring country out of fear for persecution.

Santos demanded that Venezuela allowed Colombian school children to cross the border to attend school, the use of minimal protocol in cases of deportation and to keep an alleged promise to allow Colombian trucks to enter Venezuela to pick up deported Colombians’ belongings.

Venezuela subsequently allowed the passage of school children, not responding to any of Santos’ remaining conditions.

In his televised address, the Venezuelan president claimed that Santos is avoiding to take part in a dialogue about the current border crisis.

According to Maduro, “anti-Venezuelan” Santos has been avoiding a discussion about the border crisis due to internal pressures and pressure from the press.

“I think that president Santos doesn’t want to speak; he is stuck, I think that he is stuck between advice and pressure [from the media] and from the oligarchy,” said Maduro.

The Venezuelan head of state declared a state of emergency in the border state of Tachira in August, and closed the border after three soldiers were shot by unknown armed men.

In what Maduro has called measures to curb contraband and paramilitary groups, the Venezuelan president ordered a mass roundup of Colombian immigrants, evicting Colombians from their homes and prohibiting a reported 2,000 children in Venezuela from crossing the border in order to get to school.

The crisis has left over 10,000 Colombian residents of Venezuela stranded in their own country; 1,408 were deported from Venezuela, and 10,000 have fled the country out of fear of persecution, according to the Foreign Ministry.