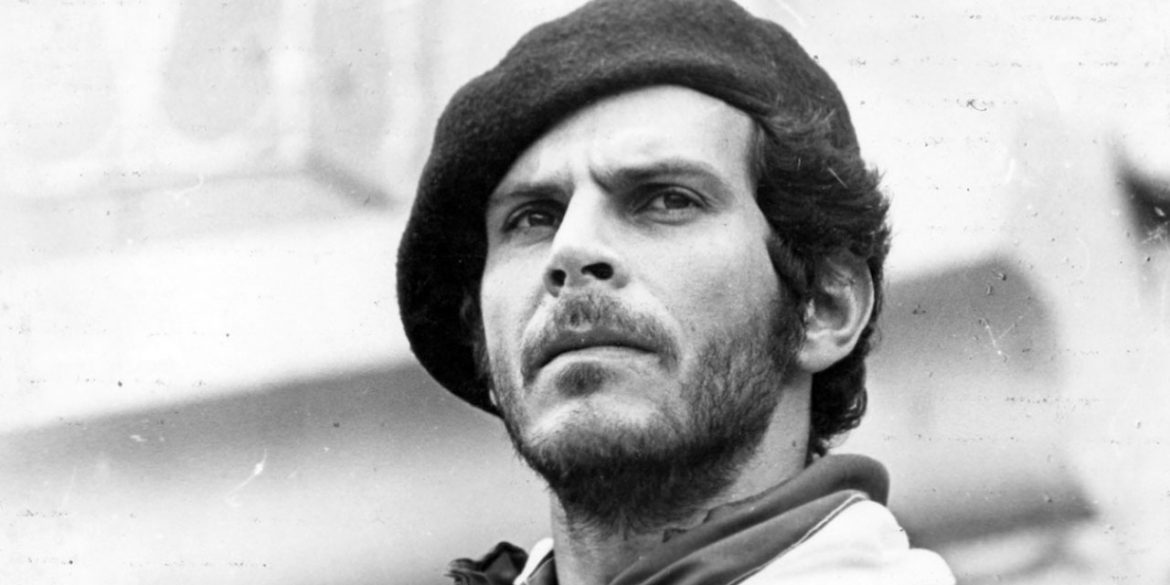 Colombia’s 19th of April Movement, or M-19, was active as a guerrilla group in the 1970s and 1980s and later became a political party.

Unlike other Colombian guerrilla groups, the M-19 was not founded on communist principles but rather democratic ones, with an aim to strengthen and create a more inclusive democracy.

Many of the group’s members would later become respected politicians.

The group’s name originates from the same date when its members suspected the 1970 presidential elections were hijacked from the left’s favorite, former dictator Gustavo Rojas, in favor of the establishment’s candidate Misael Pastrana (Conservative Party).

These values laid in empowering Colombia’s most marginalized sectors, namely the country’s long-forgotten peasants, the indigenous population and strengthening the workers’ rights movements.

At the same time, the M-19 opposed the oligarchy that had pervaded Colombia’s leadership for centuries. 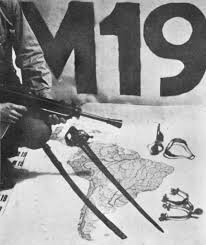 The group was involved in a series of robberies in 1973, yet rose to national prominence a year later, stealing the battle sword of the general who liberated Colombia from Spanish rule, Simon Bolivar, from a Bogota museum. The group left a note saying “Bolivar, your sword returns to the fight”, formally announcing themselves, and their impending armed struggle, to Colombia.

The modus operandi of the group was kidnapping for ransom, mainly of drug traffickers and their families. From 1976-1978, they kidnapped over 400 victims.

In retaliation, a group of narcos, including Medellin Cartel kingpin Pablo Escobar, created the group “Death to Kidnappers” in 1982, allegedly with the help of the police.

Despite the persecution, the M-19 continued to grow rapidly, partly because of support from foreign guerrilla groups, chiefly Argentina’s Montoneros and Uruguay’s Tupamaros.

In 1978, the group made a significant step in their armed operations when they dug an 80-meter tunnel into Bogota’s main military base to steal more than 5,000 weapons from the army.

These weapons would be used two years later on 27 February when 16 members of the M-19 stormed the Dominican Republic embassy in Bogota and held 57 people hostage.

The attack on the embassy was sparked by the recent capture of Bateman, who had led the group from the beginning.

After two months, the group released all hostages in exchange for ransom, safe passage to Cuba and the release of over 300 alleged guerrillas.

In 1984, then-president Belisario Betancur negotiated an amnesty with the guerrilla group. Certain factions of the M-19 transitioned into a political party, becoming the Democratic Alliance M-19, while others continued with the guerrilla insurgency.

By mid-1985, the amnesty deal broke down and leader of the fledgling party, Alvaro Fayad, announced the political wing would return to combat.

Later that year, the group became a protagonist in one of the group’s most infamous moments.

The Palace of Justice siege

On the 6th of November 1985, members of the M-19 seized the Palace of Justice in Bogota. They took hundreds of hostages, including 25 Supreme Court judges.

Over the next two days, the army hatched a plan to retake the Palace. The violent siege became a bloodbath that resulted in the deaths of all partaking M-19 members, scores of hostages and almost half of the Supreme Court’s judges.

The group’s intention was to force the judges to try president Betancur for violating the terms reached in the peace deal just a year and a half earlier.

It is also speculated that former adversary of the group, Pablo Escobar, was behind the attack. It is believed he paid the group upwards of $1 million to seize the Palace and destroy incriminating documents that would have seen the drug lord extradited to the United States.

Heavy losses in the attack, and the death of one of it’s top military and political strategists Alvaro Fayad the following year, meant the M-19 began to weaken.

A rollercoaster of a political ride

In 1989, the M-19 began peace talks with the government to demobilize as an armed guerrilla group and transition into a political party.

Leader of the group, Carlos Pizarro, signed the historic peace deal on 9 March, 1990. The group handed in arms and agreed to cease all military operations, with most members joining the resurrected political party, Democratic Alliance M-19 (AD-M19).

Just seven weeks later, Pizarro, who was now the party’s presidential candidate, was shot and killed on a flight to Barranquilla.

One faction of the M-19 rejected the peace process and continued the violence and kidnappings into the early 2000’s.

However, the brief run of popularity that the party experienced came to a halt when a judge issued arrest warrants for 31 of the party’s leaders for their role in the Palace of Justice Siege, despite members being granted immunity in the peace deal. The party’s momentum was lost and it’s popularity diminished soon after.

Sometime in the 2000’s, the AD-M19 vanished from the political arena, putting an end to the guerrilla group-turned-political party that had been in operations for around 30 years.

Some of the group’s former members now have active political roles. Founder Navarro is a former governor, while former ideologue Gustavo Petro is one of the main candidates in the 2018 presidential elections.