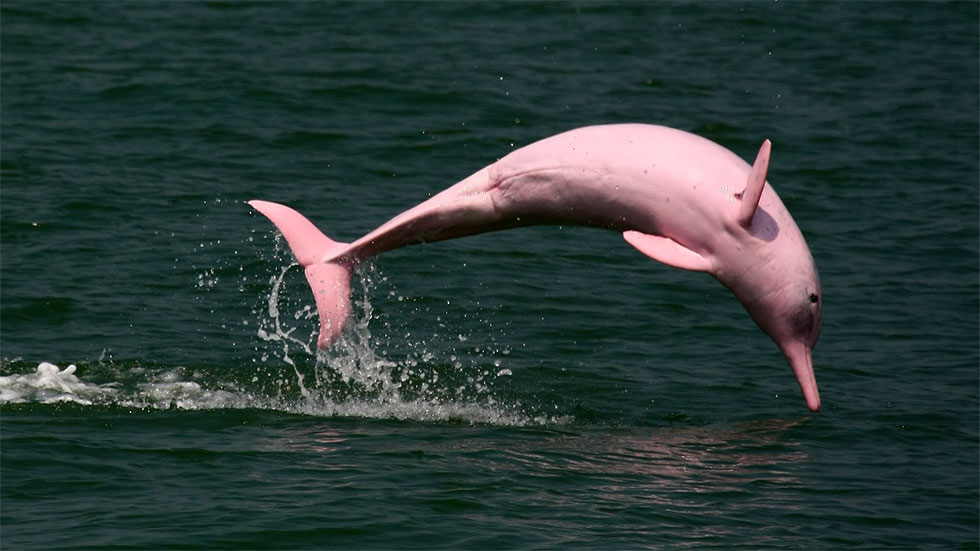 According to newspaper El Espectador, police found two bodies of the mammals on the banks of the Meta river near the town of Orocue, Casanare on Wednesday, sounding the alarm illegal fishermen have begun targeting the animals.

The pink dolphins are an endangered species and fishing them is punishable by up to eight years in jail.

Authorities believe that poachers were lured by the promise of big money for the fish oil, a bottle of which sells at $17.

On average, 100 bottles can be extracted from a single dolphin, meaning that each of these mammals is worth $1,700, more than six times Colombia’s minimum monthly wage.

The Police and the Marine Corps seized five illegal fishing nets on the Meta river between the towns of Orocue and Puerto Gaitan, but failed to find the culprits.

The army believes there might be more of such nets, according to El Espectador.

To prevent any future kills of dolphins, Orocue will step up the campaign to protect this species.

It is difficult to replenish the population of these world’s largest freshwater cetaceans. They have very long gestation periods of between 10 and 11 months and usually only one offspring is born.

The pink dolphins, known as “botos” in Brazil’s Amazonas and as “toninas” in the Orinoco in Venezuela and Colombia, are actually grey, but their color sometimes changes to pink, when their blood flow increases during active swimming.

Indigenous people believe that the pink dolphins are human beings who rule the world underwater. Dolphins have long intrigued scientists by their extraordinary intelligence.

These mammals live in rivers across more than half the Colombian territory and are major tourist attraction. However, the destruction of their habitat and greed for their meat and oil put them at risk.