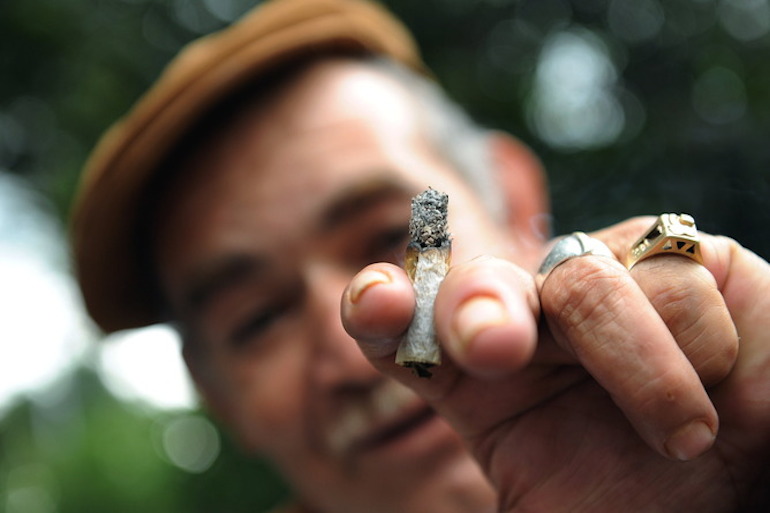 Colombia’s Liberal Party will support a new bill to legalize medical marijuana in the country, local media reported on Monday. The move was announced yesterday by Liberal Party (Partido Liberal) Senator Juan Manuel Galan, who explained that the bill would open the door for the use of currently illicit marijuana for medicinal uses, Colombia’s El Espectador newspaper reported.

“I am going to establish a bill to legalize the therapeutic use of marijuana […] We are going to promote this initiative under the framework that the Liberal Party has to be a party that promotes liberal ideas, progressive ideas,” Galan said according to Bogota’s Blu Radio.

The Liberal Party’s support comes a few months after an official statement from the General Secretary of the Mayor of Bogota that asked Colombia’s national government to initiative debate surrounding the regulation and recreational use of marijuana.

In a tweet on Sunday morning, Galan announced his support for the bill and linked to an interview that he did on the subject with Colombia’s Colmundo Radio.

“We’ve done a sweep of scientific studies that show that the use of cannabis in certain doses can help alleviate the terrible and chronic pain that many people with terminal illnesses suffer.” Galan told Colmundo Radio.

In the interview, Galan proposed a national debate to discuss the legalization of drugs in the face of the corruption and general failure of the police forces when acting against narco-trafficking. “It is useless, costly and absurd to continue chasing marijuana and continue capturing people and conducting confiscations on this topic,” Galan said as quoted from Colmundo Radio.

He attests that the focus on marijuana as a topic of public health and less as a subject of punishment and repression should be the theme going forward in the conversations surrounding its legalization.

While marijuana is decriminalized in Colombia as of 2012, the historical trend has been one of hardline anti-drug policies.

Under former President Alvaro Uribe (2002-2010), now a member of the Colombian Senate, marijuana was prohibited, and the persecution and punishment of drug consumption presented challenges revolving around illegal market activity, corruption, and drug-related violence.

However, countries such as Colombia, Argentina, Ecuador and Uruguay are gradually moving away from their once tough stances, with Uruguay recently becoming the first country in the world to fully legalize recreational use.

Colombia’s Congress approved a bill presented in 2012 by the executive branch that decriminalized small amounts of marijuana and cocaine for personal use. A person possessing less than 20 grams of marijuana or one gram of cocaine cannot be punished by law, according to the Huffington Post.

The Supreme Court in 2011 had previously ruled that extreme anti-drug laws put in place in 2009 by President Uribe were unconstitutional.

The Santos administration also ratified a bill in 2012 that recognized drug addiction as a public health issue, meaning that insurance companies are obligated to cover the costs of treatment for drug addicts undergoing recovery processes.

Positive results from the legalization of marijuana in countries such as the United States and Uruguay, such as the diminishing influence of drug cartels, provoked President Santos to declare the war on drugs “a failure,” according to the Wall Street Journal, and seek other options to deal with the overwhelmingly negative costs of Colombia’s hard-line anti-drug policies.

While the drug is decriminalized in Colombia, the sale and cultivation of  is still illegal. Uruguay became the first country to completely legalize marijuana in 2013, and remains the only country in South America to do so.

However, due to “practical difficulties” of implementing the legal cannabis market, the country has delayed the sale of marijuana until next year according to RT.com.

Uruguay’s legalization will permit citizens and legal residents to grow up to six marijuana plants per household, and licensed buyers 18 years and older can purchase up to 40 grams per month through legal outlets. Argentina and Ecuador have also passed legislation that decriminalizes small amounts of controlled substances, the Huffington Post reported. 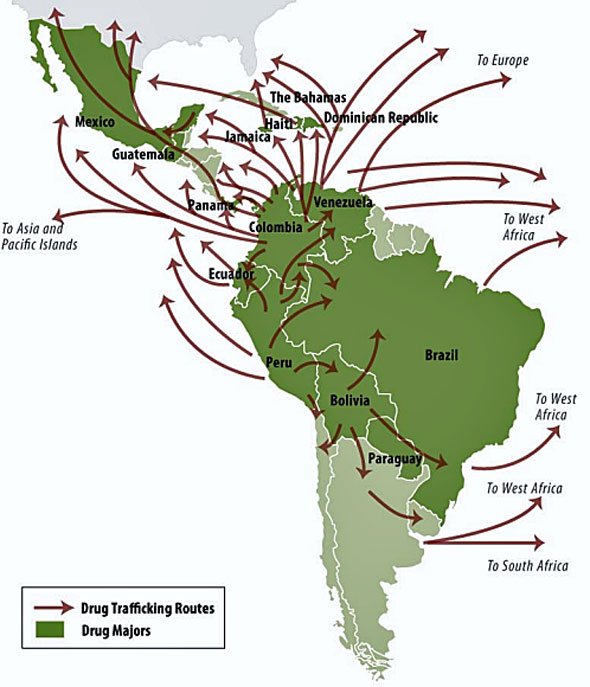 In December, Colombia’s most prominent rebel group, the FARC, issued a proposal to decriminalize substances such as marijuana and cocaine for therapeutic and culture reasons, allowing farmers to grow and sell to legal markets. Similar to the framing of the recent Liberal Party’s support for medical marijuana, the FARC framed their approach to the drugs as a public health rather than public security issue.

The FARC has administered large drug production operations within Colombia and Latin America for decades, levying “taxes” on the traffickers who supply the United States, among other major markets, according to the Committee on United States-Latin American Relations.

However, the FARC’s proposal was deemed by a drug policy expert from the non-profit Washington Office on Latin America as dubious for the country.