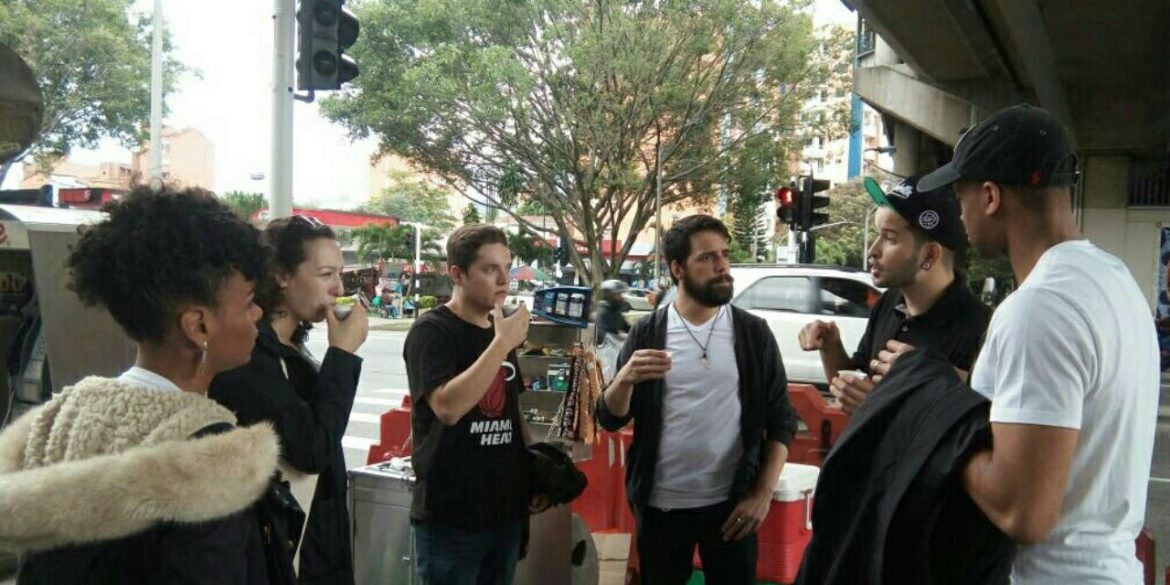 While many tourists opt for a visit to Colombia’s specialized rural coffee zones, a group in Medellin is now offering a city tour that aims to show visitors what an urban cup of coffee tastes like.

The tour represents a real coffee education and may serve to completely change your perspective when you go to buy your next cup, at least in Colombia’s second largest city.

From ‘tinto’ to premium coffee

The tour begins at Floresta station in the west of the city with Colombia’s most popular coffee, or “tinto,” the first to be introduced to the taste buds.

Tinto is commonly sold by small stores, cafes and street vendors as a quick, convenience coffee, which according to the tour guide varies in quality and often does Colombia’s reputation as a coffee nation a disservice.

Floresta is a traditional Medellin neighborhood and the tour guide places the the local coffee culture within the context of the area and indeed within wider Colombian society.

A 30-minute walk takes visitors past the Calasanz neighborhood into Santa Lucia as issues such as local architecture, the development of infrastructure in Medellin such as the metro and a history of the city are discussed before arrival at the roasting facility.

The guide also identifies the varying ways coffee is served as the group passes by the local stores and street corners in the neighborhoods. 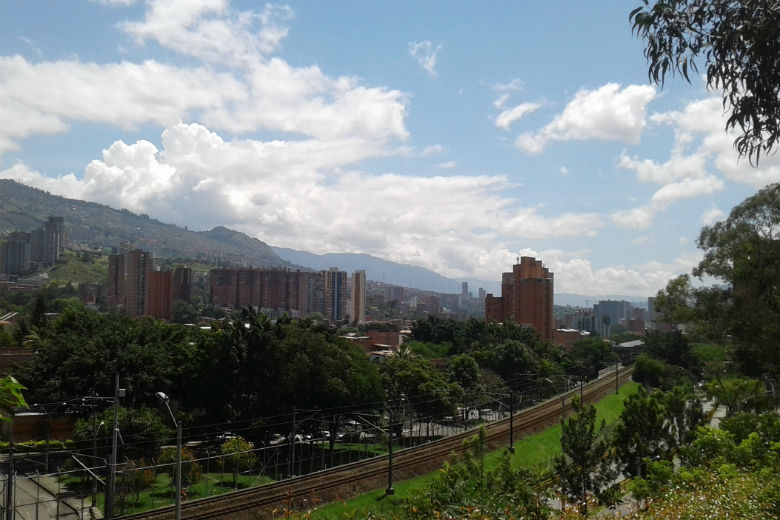 The real coffee education begins at the roasting facility located in the Santa Lucia neighborhood as guests get the opportunity to meet those involved in the three stages of processing.

Here, the tour guide takes on the challenge of accounting for the gulf in class between street convenience coffee and the premium coffee that is produced at the facility.

The “Grupo Cafesa” facility is part of chain of processors that receives the coffee beans from a variety of small towns in the Antioquia department.

These towns include Pueblo Rico, Tamesis, Betania, Bolivar, Jardin and Titiribi as the company works hand-in-hand with small local growers, which it claims greatly enhances the quality of the coffee.

The tour allows visitors to speak directly with the miller at stage one of the processing when the coffee beans from local farms are separated by size and quality. 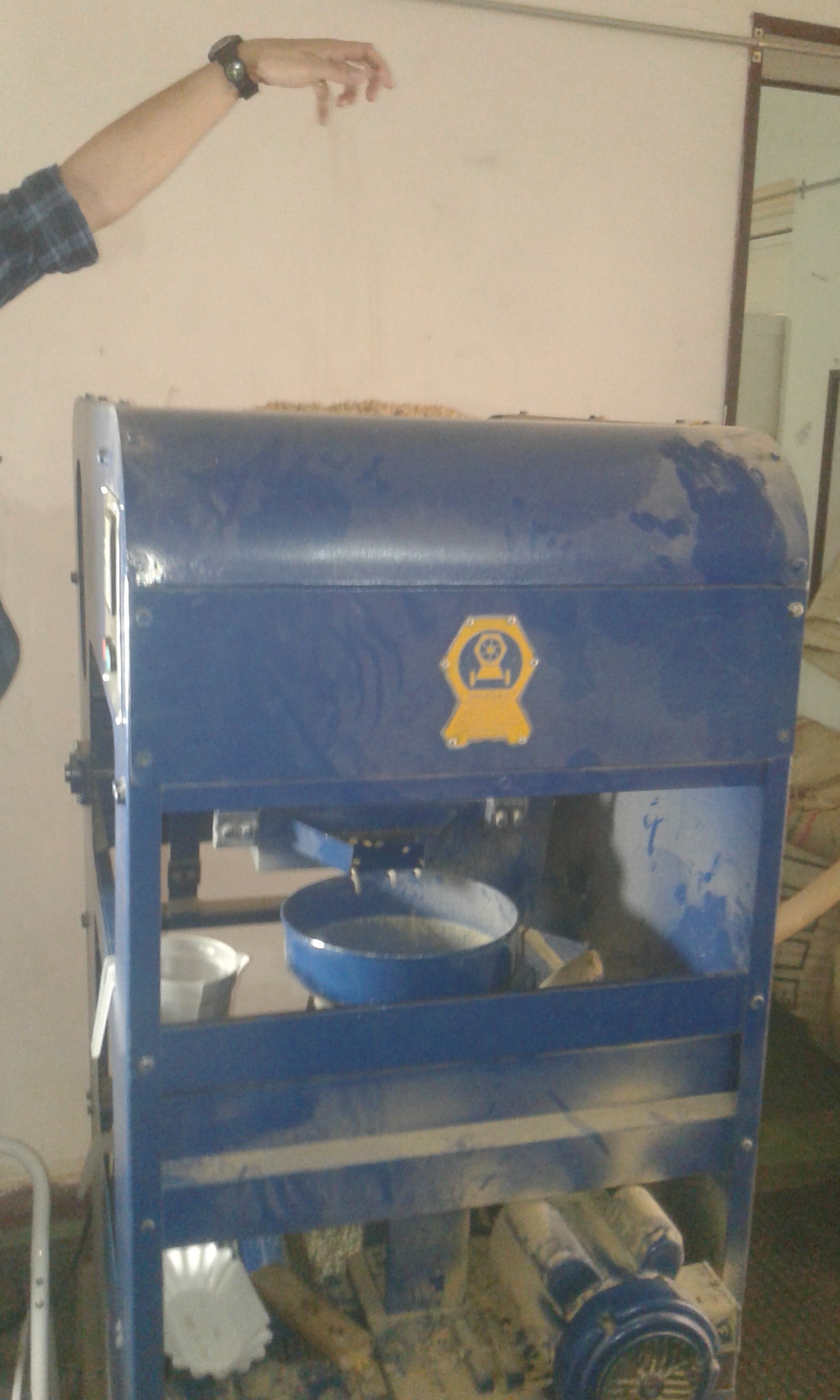 Stage one of the process sees a specialized miller separate and grade the coffee beans before roasting. (Image: Stephen Gill)

With just three employees in the operation, the benefits of small scale coffee production are passed on to the consumer in the quality of the coffee.

After the coffee beans go through the milling stage, they are then passed on to be roasted. 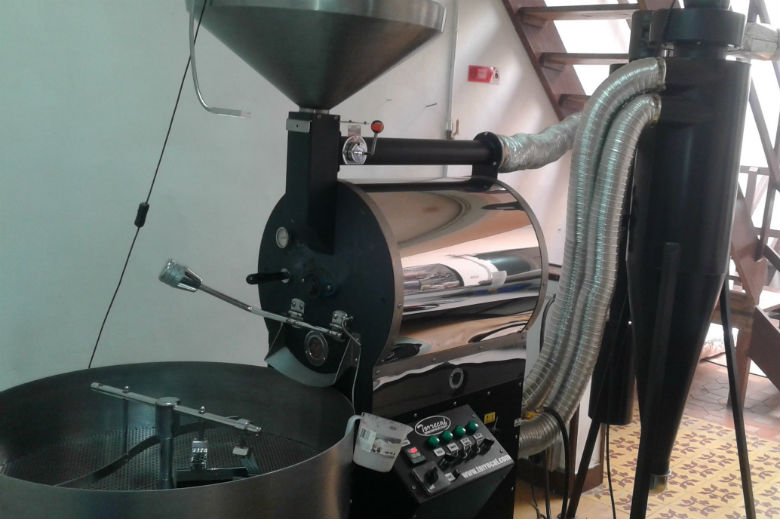 Stage two involves roasting the coffee at varying temperatures depending on the type of blend required. (Image: Stephen Gill)

The coffee roaster provides visitors with a full explanation of the roasting process with the opportunity to taste a variety of beans during the key stages of the process. 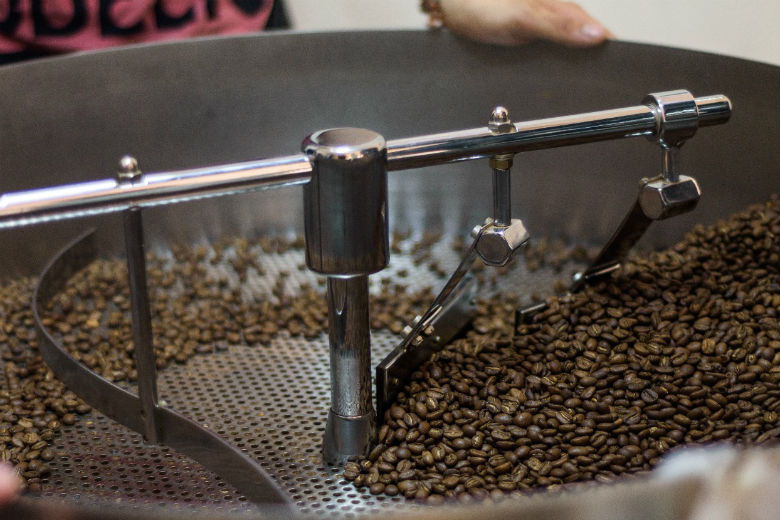 Stage two: the coffee beans undergo a metamorphosis with the color and smell gradually changing during the roasting process. (Image: Sebastian Villa)

Stage three of the process is packaging, where the finished product is prepared for dispatch. Visitors are also invited to choose their favored blend so they can bring home a bag from the facility.

The history of coffee

The last part of the tour at the facility concludes with a detailed explanation of the history of coffee from its alleged origins in 6th century Ethiopia to its arrival in Colombia.

The history lesson traces the development of the worldwide coffee industry and places Colombia within that context, while also identifying the challenges that small coffee growers face in the present day.

The factory tour concludes with a sample of some of the coffee blends on-site, along with instruction on how to prepare them.

According to tour guide Sebastian Villa, the main challenge for coffee producers is to address is the “disconnection between the regular Colombian and good coffee.”

“We know we have the best coffee, but we don’t drink it or know how to prepare it, hence people don’t buy the great coffee that those small businesses grow and roast,” he added. 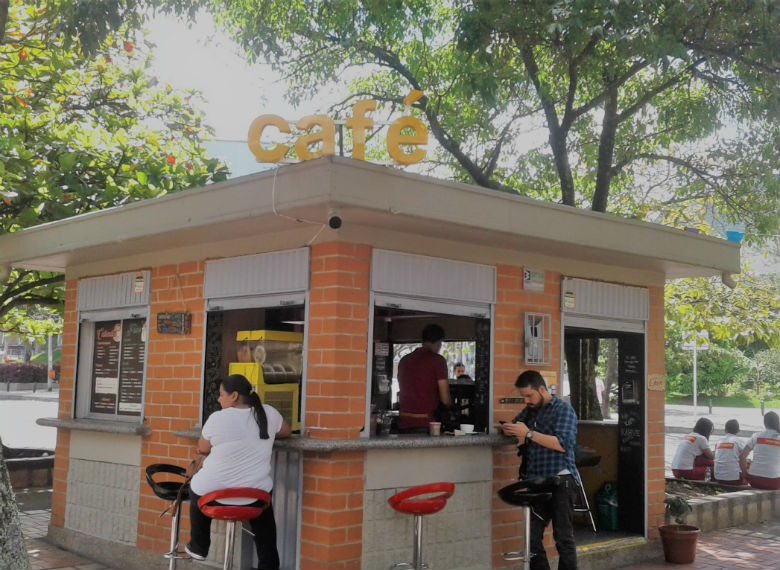 The tour concludes in the Kory Cafe, which is located next to the Estadio metro station. (Image: Stephen Gill)

The culmination of the tour involves a metro trip to Estadio station and a visit to the Kory Cafe, which is linked to the roasting facility.

With a newly found understanding of what makes good coffee, you will be well equipped to choose from an extensive menu with the baristas in the cafe explaining in detail how a wide range of coffees are served.

Taking on the big boys

The Medellin Urban Coffee tour gives a visitors an overview of the values and habits of locals in the city and serves as something of a myth buster for previous beliefs or misconceptions about Colombian coffee.

“Our aim is both making great coffee hip again, and show how much love and effort comes with a cup of coffee from our supply chain,” explained Sebastian Villa.

“We know by experience that most of our clients have had disappointing coffee in Colombia, and that’s why we start with a street tinto, so that by the end of the tour and the last cup, they understand what premium Colombian coffee is really like,” he added.

For Turkish barrista Deniz Yalçin, who works in the Kory Cafe, it is important that to show visitors and locals alike that real quality coffee is being produced by those operating on a smaller scale.

“It is important to support small farmers and local coffee producers so they can continue to resist the large-scale operations of the Colombian Coffee Federation and continue to produce quality local coffee,” said Yalçin.