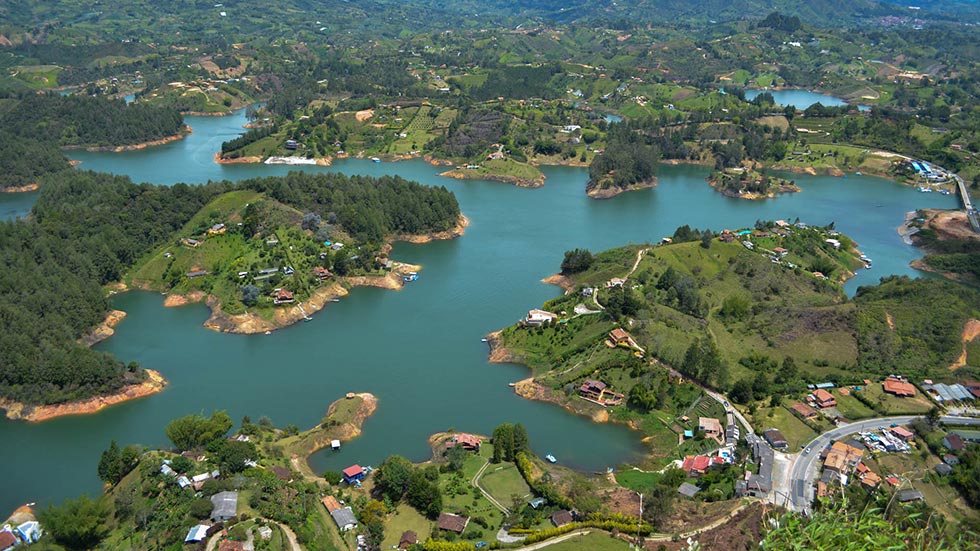 ‘The best view in the world’: La Piedra del Peñol

A view from an airplane window as it flies over Colombia’s central state of Antioquia is the only comparison to the feeling of making it to “the top of the rock with the best view in the world” — as the welcome sign reads — at the summit of the awe inspiring rock that is “La Piedra del Peñol.”

Also known as “El Peñon de Guatape”, or Guatape Rock, La Piedra is a monolithic formation situated near the town of Guatape, nestled in the Andean mountain range and bounded by the Peñol-Guatape dam.

Advertised as only 649 steps to the top, the sign fails to add the additional journey to the tower on top of the rock, making it a grand total of 740 steps to reach its very peak. 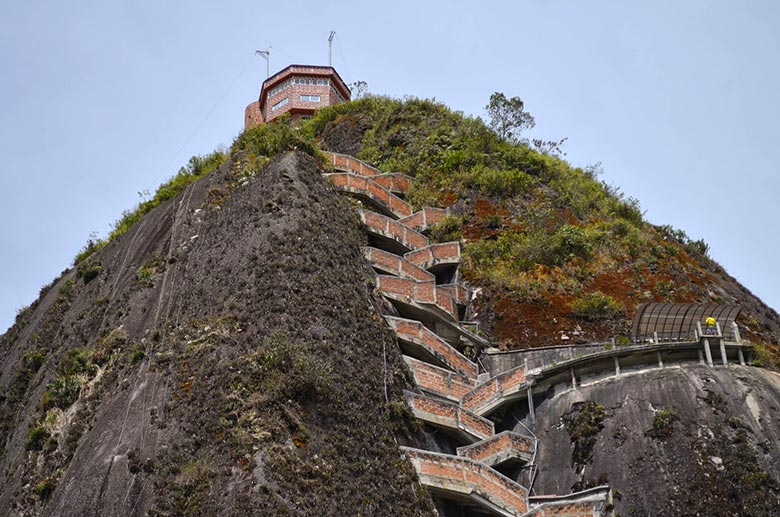 Standing at over 721 feet tall, the vegetation-covered grey rock is a mixture of quartz, feldspar and mica. A large zig-zag staircase pinballs its way through a large crack down of the middle of the rock allowing both foreign and local visitors to experience the its legendary view.

The climb will cost the inquisitive traveller around $4 while a boat ride around the dam, showing giving photographers great views of the monolith cost around $5 to $7. 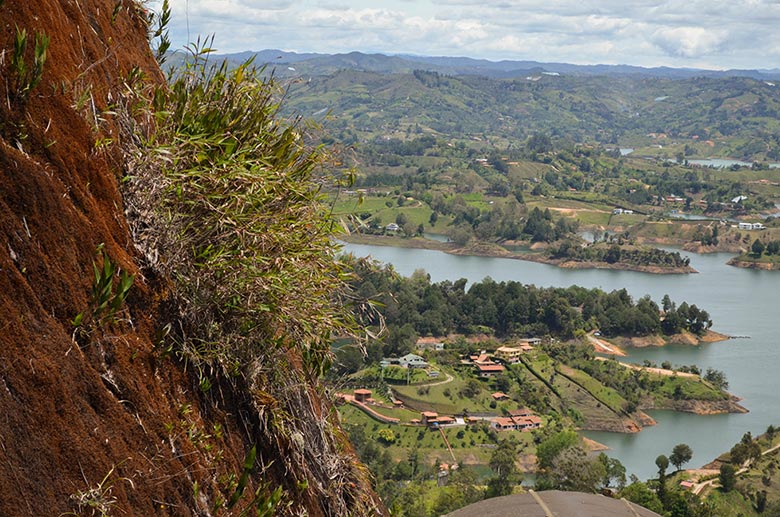 Guatape is around 43 miles, or an hour and a half trip, from Colombia’s second largest city of Medellin. This drive, or bus ride, involves a trip down the I-60 with a few lefts and rights in the winding mountains — past the towns of Guarne and Marinilla — to the road of Guatape, culminating near the base of the rock.

The monolith was first climbed, using sticks and rope, by Luis Eduardo Villegas, Ramon Diaz, and Pedro Nel Ramirez over five long days.  The top was finally reached by the trio on July 16, 1954.

On the side of the rock and mostly seen from afar is a painting on the rock “Gl.” This was intended to say Guatape but while it was in progress a rule prohibiting the painting stopped it before it could be completed.

In the future, a modern cable car is planned for La Piedra de Peñol, thus providing accessibility to those with disability, according to the tourist site. 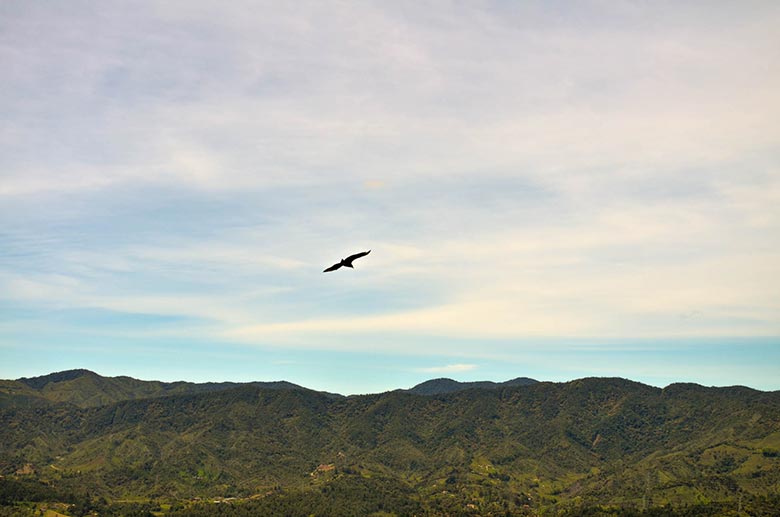