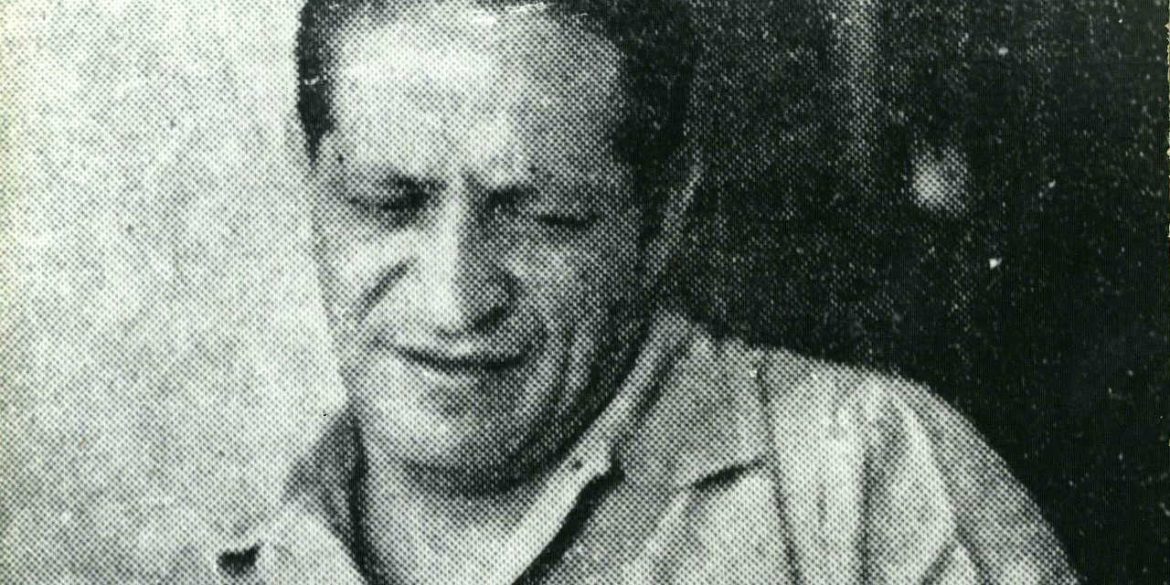 Jorge Eliecer Gaitan was a charismatic political leader who is regarded as one of the country’s defining historical figures, shaping the nation’s course and socio-political stage through the last half of the 20th century.

In his political career, Gaitan served as the Minister of Education, Labor Minister, mayor of Bogota, became the leader of the powerful Liberal Party and vied for Colombia’s presidency.

His assassination in 1948 was considered the starting spark of “La Violencia,” the violence, which claimed the lives of some 300,000 Colombians in the ten years that followed his death. According to some, his assassination was a key factor leading up to the armed conflict between rebel groups and the state that began in 1964 and is still ongoing.

With his own particular brand of populist activism, Gaitan advocated for the awakening of Colombia and the inclusion of minorities in socio-political life and fought against an oligarchy of Liberal Party and Conservative Party leaders that had ruled the country since 1848.

Using his persuasive and pedagogical skills to manifest his then revolutionary ideology, Gaitan managed to mobilise the country through social movements like never before, his death being the climax of a historical turning point. The aftermaths of Gaitan’s death still reverberates in Colombia today.

Gaitan was born in 1903 in Bogota to a modest lower middle class family. The financial situation of his family impeded Gaitan from attending formal education before the age of 11.

However, his interest for education got him as far as becoming a lawyer and holding a doctorate in jurisprudence from the Royal University of Rome, Italy.

Studying in Italy was pivotal for the populist leader as it was there where he learned about Mussolini and his techniques for arousing and organizing the populace, giving Gaitan the knowledge to polish his leadership skills.

At the heart of Gaitan’s discourse were: a gradual and peaceful change, a balance between classes, land reform, moderate nationalism and a swing between Marxism and fascism. He rejected the idea of his country being led by the oligarchy and fought for the workers, farmers and the other minorities who had no voice in the construction of the country.

His oratory talent, reflected in his speeches, brought him unprecedented popularity. In one of his famous speeches, the political leader talked about the division of Colombia in two countries: the political country and the national country. This concept became a famous symbol for the Gaitan movement.

Through his active participation in organizing a number of popular demonstrations, Gaitan managed to give power to social movements.

His early political activism started taking life in 1918 when he supported the poet Guillermo Valencia in the presidential elections. A year later he was one of the main figures in the protests against the then president Marco Fidel Suarez.

In 1924, the political activist was elected deputy for the state of Cundinamarca and in 1929 he was elected to the Chamber of Representatives. In the very same year Gaitan was once again the voice of protest, this time against what he and many considered the hegemony of conservative politicians and the corrupt administration of the capital city.

Gaitan’s popularity escalated considerably when he became involved in the United Fruit Company scandal, also known as the banana massacre. In 1928, Colombian workers for the American company declared a strike demanding basic labor rights in the town of Cienaga near the northern city of Santa Marta. The month-long strike were violently suppressed by government forces, resulting in the death of an unconfirmed number of workers, thought to be anywhere between 47 and 2,000.

Following a visit with investigative purposes to site of the massacre, Gaitan brought the scandalous problem to the congress and denounced the government for the crimes committed. He managed to create awareness amongst Colombians, free some of the imprisoned striking workers, and forced the government pay compensation to the victims’ families.

Since 1848 until 1991 Colombia had only seen two major political parties: the Liberal party and the Conservative party. These two powers were formed by the elite of the country and its governance did not include lower classes.

Gaitan started his career in politics as an activist but later became a Liberal party member and sought to apply his ideas through the social democratic political party.

Gaitan often found his principles in contradiction with his party’s practices as it was one of the two elitist traditional parties in Colombia. Therefore, in 1933 the political leader decided to leave behind the liberals and create his own party, the National Unity of the Revolutionary leftists (UNIR).

UNIR did not manage to accomplish much in politics as the two traditional parties used their power and influenced to repress any emerging political challengers. In 1934, after four people were killed during a UNIR manifestation, Gaitan realised that he would never be allowed on the political stage of the country without the backing of the controlling parties. In 1935 he returned to the Liberal Party but kept on acting according to his beliefs of counter elitism.

In 1936, Gaitan became the mayor of Colombia’s capital, Bogota, a post he managed to hold only until 1937 as his reforms and changes in the city led to criticism and eventual dismissal from office. He took measures to improve the hygiene and aesthetics of the city, and promoted the municipalization of public services. However, his unpopular attempts at modernizing some of the city’s services, such as imposing uniforms to public transport drivers, led to demonstrations and eventually pressured his departure from the administration. Some critics believe his dismissal came from the conservative party and others believe he was pressured from his own party.

The political leader did better as Minister of Education in 1940, president of the Senate in 1942 and Labor Minister in 1943. In 1945, in a national convention of the Liberal Party, Gaitan was denominated as ‘the people’s candidate’ in public, another illustration of his popularity.

In 1946 he participated in the presidential elections but was defeated by the conservative party leader Mariano Ospina Perez. The advantage Perez had in the elections was that the Liberal party had two presidential candidates. Gaitan came third but this was just another step forward in his ascending political career, leading him to claim Liberal Party’s leadership in 1947.

By this point Gaitan was leading in popularity and the “gaitanistas” (his followers) even had their own newspaper called ‘Jornada’. In the legislative elections in 1947, the “gaitanistas” were the majority. All these contributed in his decision of running for the presidency again, this time as the only Liberal Party representative. The results of those elections were predictably favoring Gaitan as he had already gained a popularity never seen before as he had the support from the lower as well as the middle class.

The assassination of Gaitan

Despite his unprecedented popularity, Gaitan was never given the opportunity to lead Colombia. He was assassinated on April 9, 1948 outside his office in Bogota. His alleged killer, Juan Roa Sierra was caught and killed by an enraged mob as he ran away from the scene of the crime.

There is no official verdict on the murder of the charismatic leader, leaving the motives of his killer, Juan Roa, open to much speculation.

While some blame US intelligence CIA of being behind the assassination, other have blamed a communist conspiracy. Many agree that the assassin was an unstable person.

According to Colombian historian Mauricio Archila, “the historical importance of Jorge Gaitan does not linger on the fact that he could have been president of Colombia had he not been assassinated on April 9, but on what he represented as a political leader and the impact he made on the country.”

What followed after Gaitan’s death left fingerprints in Colombia’s history and changed its course. His assassination, which outraged the country’s citizen, generated “El Bogotazo”, a massive subversive riot in Bogota which destroyed buildings, caused mass murder, assaults, vandalism, burning and looting. After a 10 hour riot, much of the capital was destroyed with an estimated death toll believed to be around 3,000.

Leaving the capital destroyed and the people grieving over the deaths, the Bogotazo was only the violent beginning of a long and brutal period in the country’s history known as “La Violencia,” a largely rural conflict between supporters of the Conservative and Liberal parties that killed an estimated 200,000 people and lasted for 10 years.