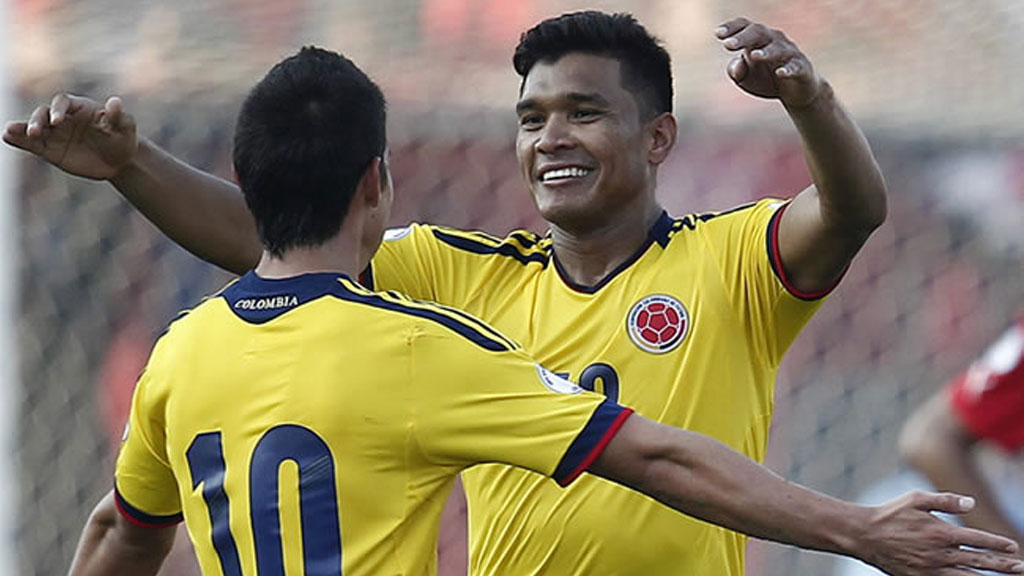 Colombia’s James Rodriguez and Teofilo Gutierrez received prestigious awards for their achievements in 2014 at new-year award ceremonies organized in Switzerland and Uruguay this week.

At the FIFA Ballon d’Or annual gala held in Zurich on Monday, the Colombian midfielder James Rodriguez was announced the winner of the Puskas Award for the author of last year’s best goal in world soccer.

The effort that earned “James” the laurels came in the 2-0 victory against Uruguay in the last 16 of the summer World Cup. Rodriguez controlled the ball with his chest on the edge of the penalty area, before making a turn and firing an unstoppable volley into the top corner of the Uruguayan goal.

The Colombian took 42% of the vote for the award, with an Irish female player Stephanie Roche coming second (33%) and the Dutch striker Robin Van Persie third (11%).

“I’d like to thank everybody who has voted for me,” said the Real Madrid star upon receiving the honors, before adding “this was a very special moment for me and everyone in Colombia. I feel incredibly happy.”

The 23-year old playmaker has had a sensational year. Fantastic performances at the World Cup, capped by the Golden Boot award and the stunning volley saw Rodriguez change clubs in a big-money move from AS Monaco to Real Madrid. At the Spanish giants, the 23-year-old midfielder’s began his debut season in flying colors.

On the other side of the world, in Montevideo, another Colombian player Teofilo Gutierrez was crowned “The King of America 2014″. He is only the second Colombian soccer player to win the annual plebiscite organized by the local newspaper “El Pais”.

The striker clinched the prize having received 102 votes in his favor. The runner-up, Carlos Sanchez of Uruguay earned 49 votes. The newspaper asks for opinions 414 sports reporters from all around the world.

Gutierrez won the award after a successful year with the Argentine club River Plate. “Teo” was a key player in the side’s victorious campaign in the Copa Sudamericana tournament. Additionally, he played an important role for the Colombian national team throughout the year.

With a string of good performances, the Barranquilla-born goalscorer helped the so-called “Cafeteros” climb up to the historical 3rd spot in the FIFA ranking, scoring a goal at the World Cup in Brazil in the process.

“I dedicate this trophy to Colombia, and to my mom, who showed me to be brave, and who I love dearly,” said the 29-year old player in Montevideo.

Gutierrez has been subject to rumors about a potential move to a strong European club in the next months.

The first Colombian to snatch the coveted award was the legendary midfielder Carlos Valderrama. He did it on two occasions in 1987 and 1993.

More awards came Colombia’s way, as the national team’s head coach Argentine-born Jose Pekerman, was voted the year’s best coach in the Americas, for the third year in a row.

For the next game of the national team, the fans in Colombia will have to wait until March this year, when Pekerman’s team will begin the final round of preparations ahead of the summer’s Copa America in Chile.