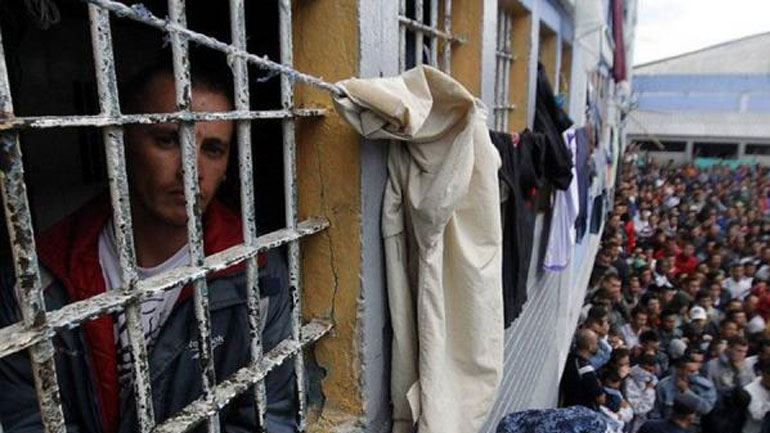 Imprisoned members of Colombia’s largest guerrilla group the FARC are on hunger strike to demand that seriously injured jailed comrades are released and given medical treatment.

About 300 guerrillas from 13 prisons across the country are taking part in the hunger strike which will reportedly continue indefinitely.

The rebel prisoners are asking the government to liberate those with serious health problems who have not been able to recover from wounds received in the middle of the conflict.

“In three years of talks the insurgency has shown various proofs of peace through different gestures and there would be nothing better than the Government also showing a humanitarian act to these boys,” said Rene Nariño, a prisoner at La Picota jail in Bogota.

The FARC rebels taking part in the strike have demanded liberty for those who need humanitarian attention, saying that they would not be a threat to peace, not being in a fit state to join any combat.

Another prisoner at La Picota told RCN Radio that the wounded prisoners had been neglected, “in the past two years there has been no concrete action to improve their situation by the State: neither of the Ministry of Justice, the Ministry of Health nor INPEC,” (National Prison and Penitentiary Institute.)

The same prisoner described the afflictions of the imprisoned rebels which included open wounds, sight and hearing impairments, fractures and cancer, all allegedly left untreated.

Miguel Angel Beltran, a rebel also imprisoned at La Picota told press that the medical neglect caused “many prisoners to lose their extremities, some go blind,” he put the situation down to INPEC taking “revenge” on the FARC rebels.

INPEC have previously said to reporters that they do not have the resources to deal with the medical problems of the inmates.