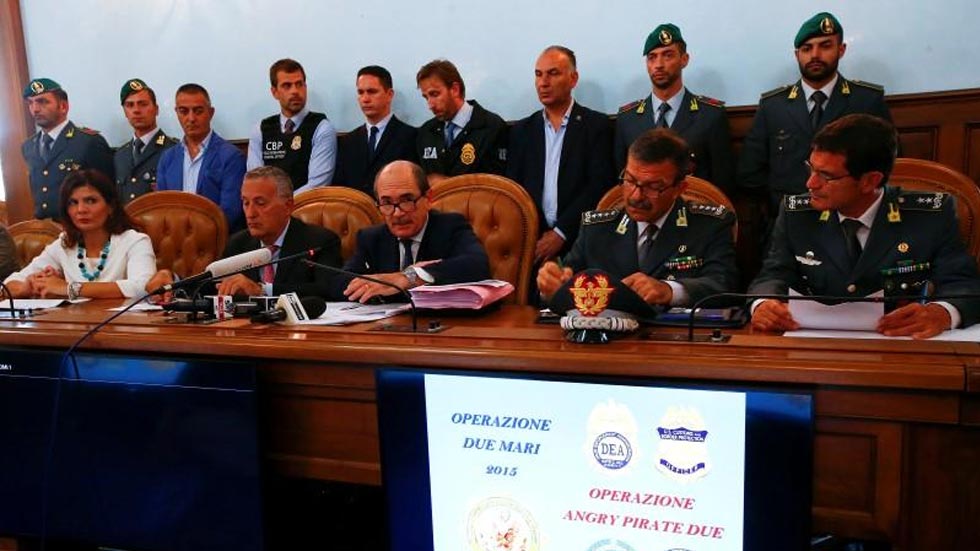 Italian, Colombian and U.S. police have seized 11 metric tons of cocaine and arrested 33 people from a mafia-linked ring which refined the drug in the jungles of Colombia and smuggled it out in containers of tropical fruits.

Most of the cocaine was seized in Colombia, Franco Roberti, head of Italy’s national anti-mafia department, said at a news conference with Colombian and US drug agents.

The ring refined the cocaine in Colombia, where seven laboratories were found in the jungle, and shipped it to Europe and the United States in containers holding tropical fruit via countries including Panama, Costa Rica and the Dominican Republic.

Of the 33 arrests, which officials said were made on Thursday and in the past few days, 22 were carried out in Colombia and the rest in Italy.

The Italian end of the operation was run by the ‘Ndrangheta, the organized crime group based in the southern region of Calabria.

The operation was carried out jointly by the U.S. Drug Enforcement Administration (DEA), including its agents in Italy and Colombia, Italian police and Colombian police, Roberti and other officials told a news conference in Rome.

“This is the way we have to fight this war, together,” said James Allen, the DEA’s regional director for Europe. “They are drug traffickers, they are killers,” he told the news conference.